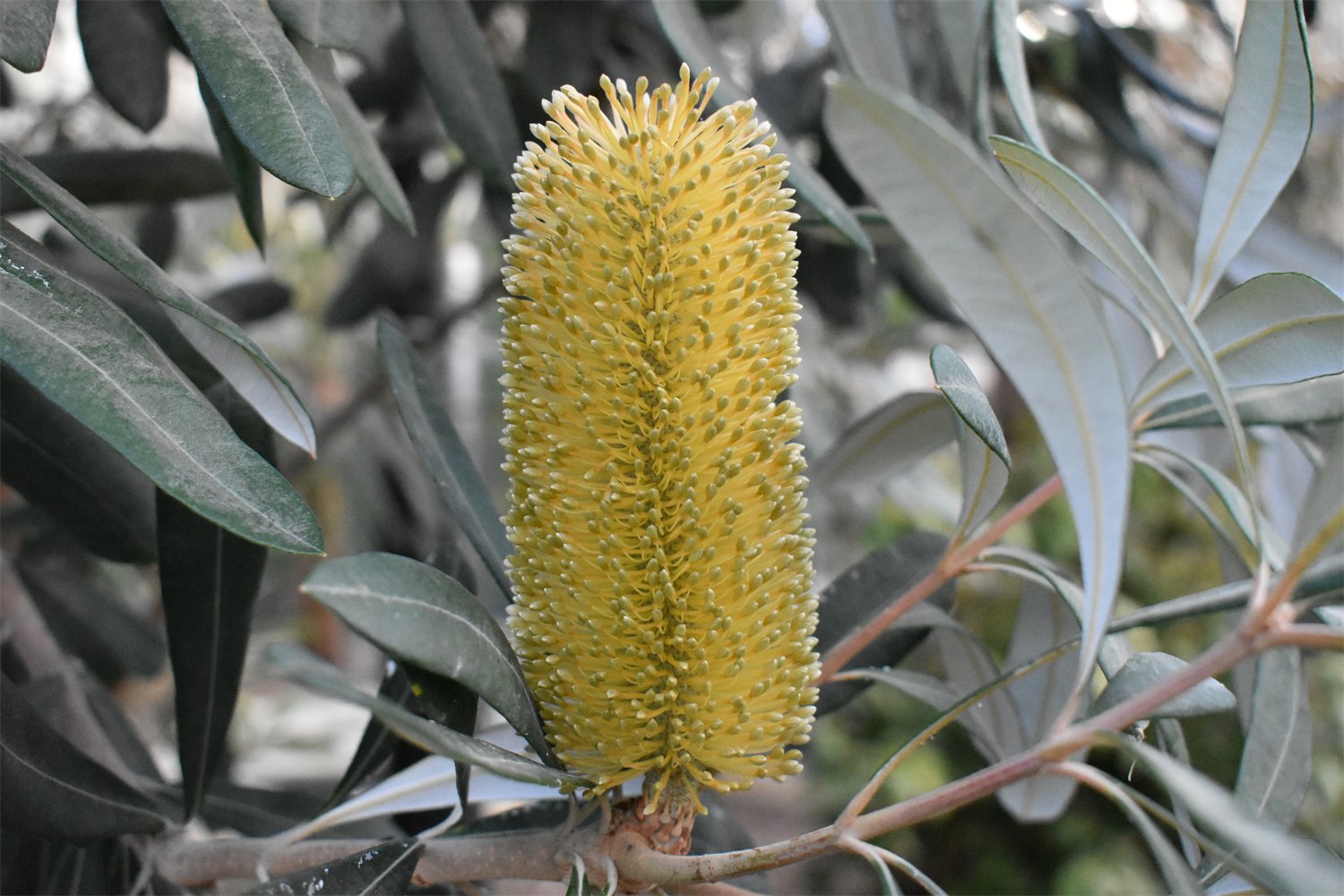 A native of eastern Australia, the coast banksia grows in scrub at sea level and extends into mountain ranges and rain and cloud forests.  One of approximately 70 species of Banksia it has one of the most extensive altitudinal, latitudinal and ecological ranges.  The evergreen leaves are linear to oblanceolate or obovate, and may be toothed at the tip.  The upper surface is greyish-green, and the underside is silvery.  The inflorescence comprises many individual pale yellow flowers, each of which is slightly curved when mature.  Research suggests that Banksia integrifolia is pollinated by birds and mammals.  The genus is named in honour of Joseph Banks (1743-1820), who collected specimens of coast banksia whilst accompanying Captain Cook on his circumnavigation of the globe.