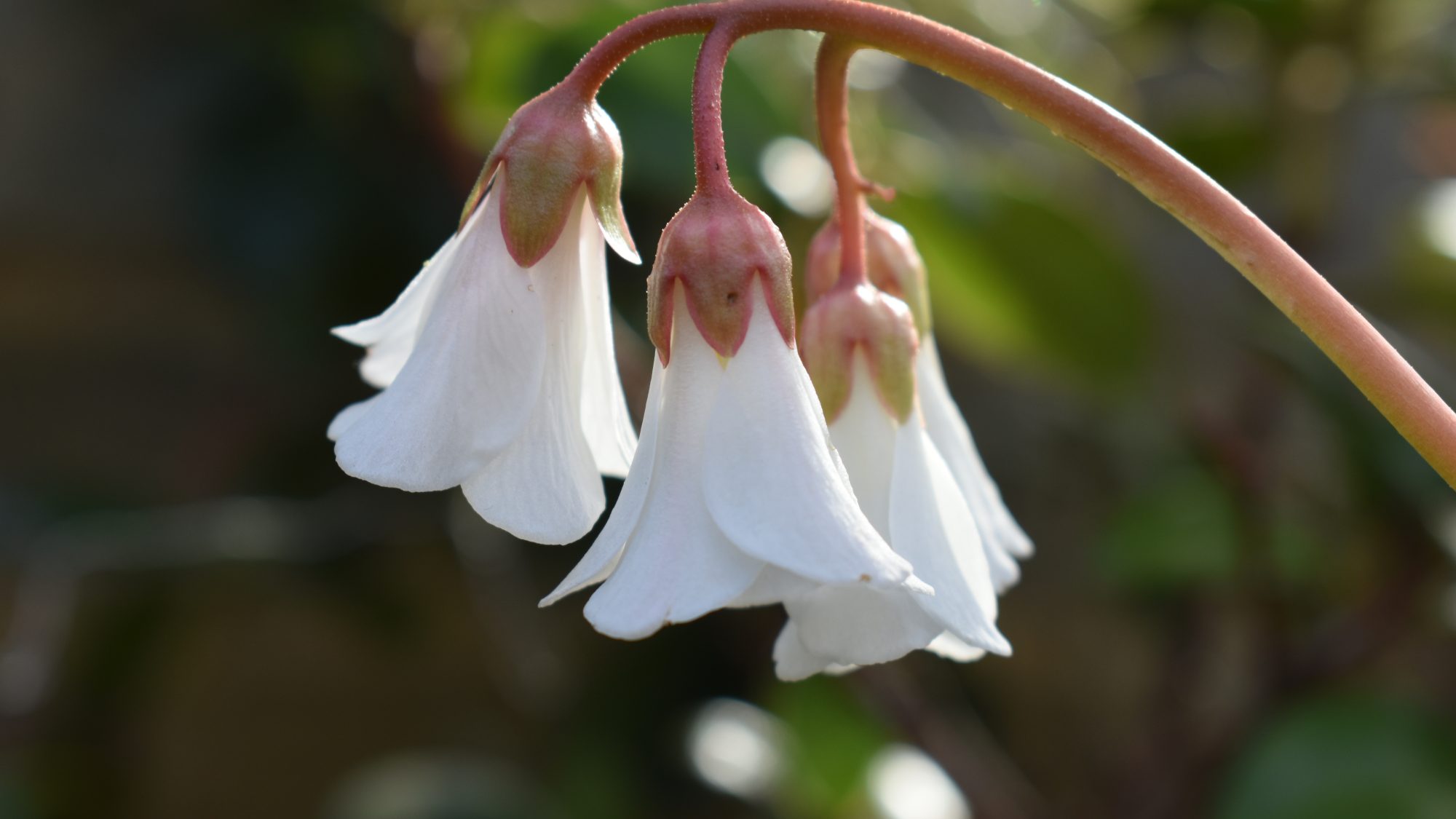 Bergenia emeiensis displays a mass of pendent blooms in the Mountains House.

Arguably the most attractive of the bergenias, B. emeiensis was introduced to our collections by the renowned plantsman Roy Lancaster.  It was first collected in 1935 on Mt Omei (Emeishan) in Sichuan, China, but remained undescribed until 1988, having been introduced to the West by Mikinori Ogisu in 1982.  It is a rock-dwelling species, which thrives in damp crevices.  It is widely considered to be tender, but it will grow in the open garden, though the flowers can be less reliable and may be damaged by frost.  The white, bell-shaped blooms are delicate in appearance.