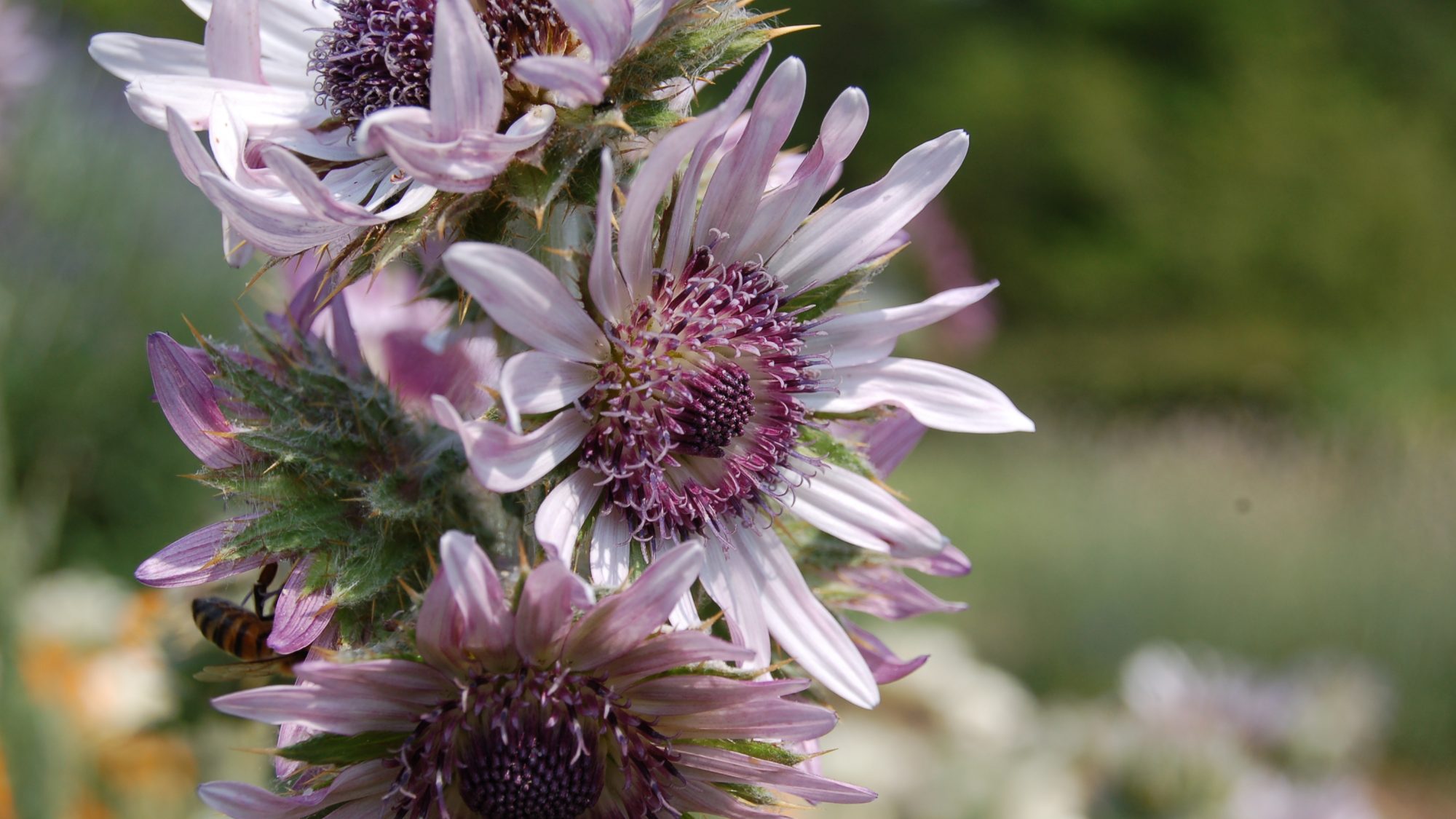 This South African perennial has a striking presence on the Systematic Beds.

The African genus Berkheya comprises 80 species of rosette-forming annuals, sub-shrubs and shrubs, usually having spined leaves and growing in grassland and rocky sites. B. purpurea occurs in South Africa, and has pinnatifid, spined leaves which are slightly woolly on the upper surface, but whose lower surface is more densely woolly and white. It produces corymbs of spined involucral bracts, and purple flowers, though the selection ‘Zulu Warrior’ has paler, silvery-mauve blooms. First described in 1838 as Stobaea purpurea, the genus was re-named Berkheya in 1872. This is a good, architectural, drought tolerant plant.