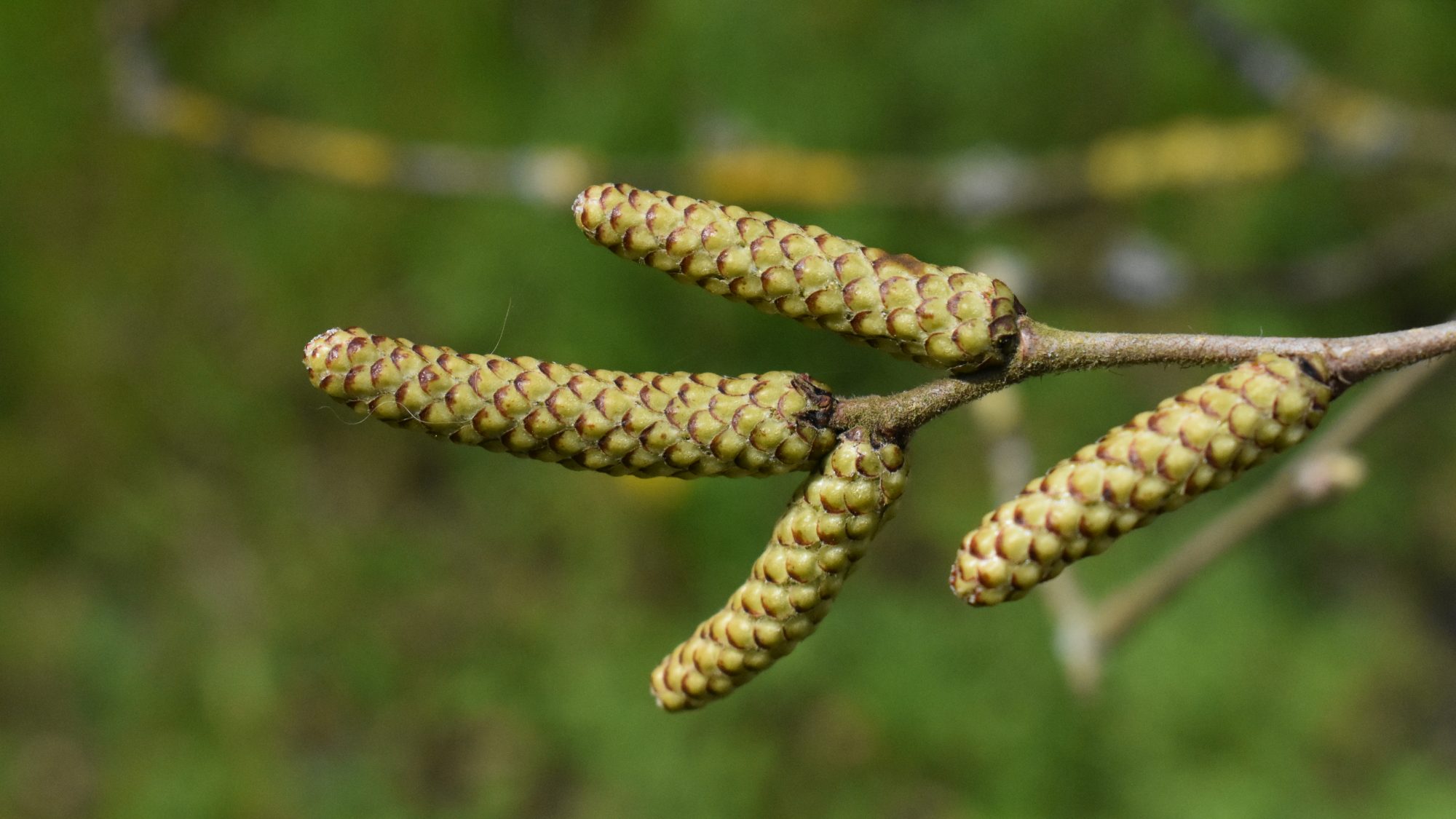 This shrubby birch can be seen bearing catkins amongst the Betula collection.

Containing some 60 species, the genus Betula occurs throughout the northern hemisphere in woodland, moors, mountains and heath. They have alternate, toothed leaves, and produce male and female catkins on the same plant in spring. Many are grown for their ornamental bark which adds interest during the winter months. This species, Betula megrelica, is less familiar, occurring only in the Caucasian mountains of Georgia, and is listed as endangered by the International Union for the Conservation of Nature (IUCN). It is considered to be a relict species which has evolved in isolation for 15 million years, protected from ice ages during that period. B. megrelica is a drought tolerant species, which can reach 3.5m in height and which produces stout male catkins approximately 2cm in length, and which have brown-tipped scales.