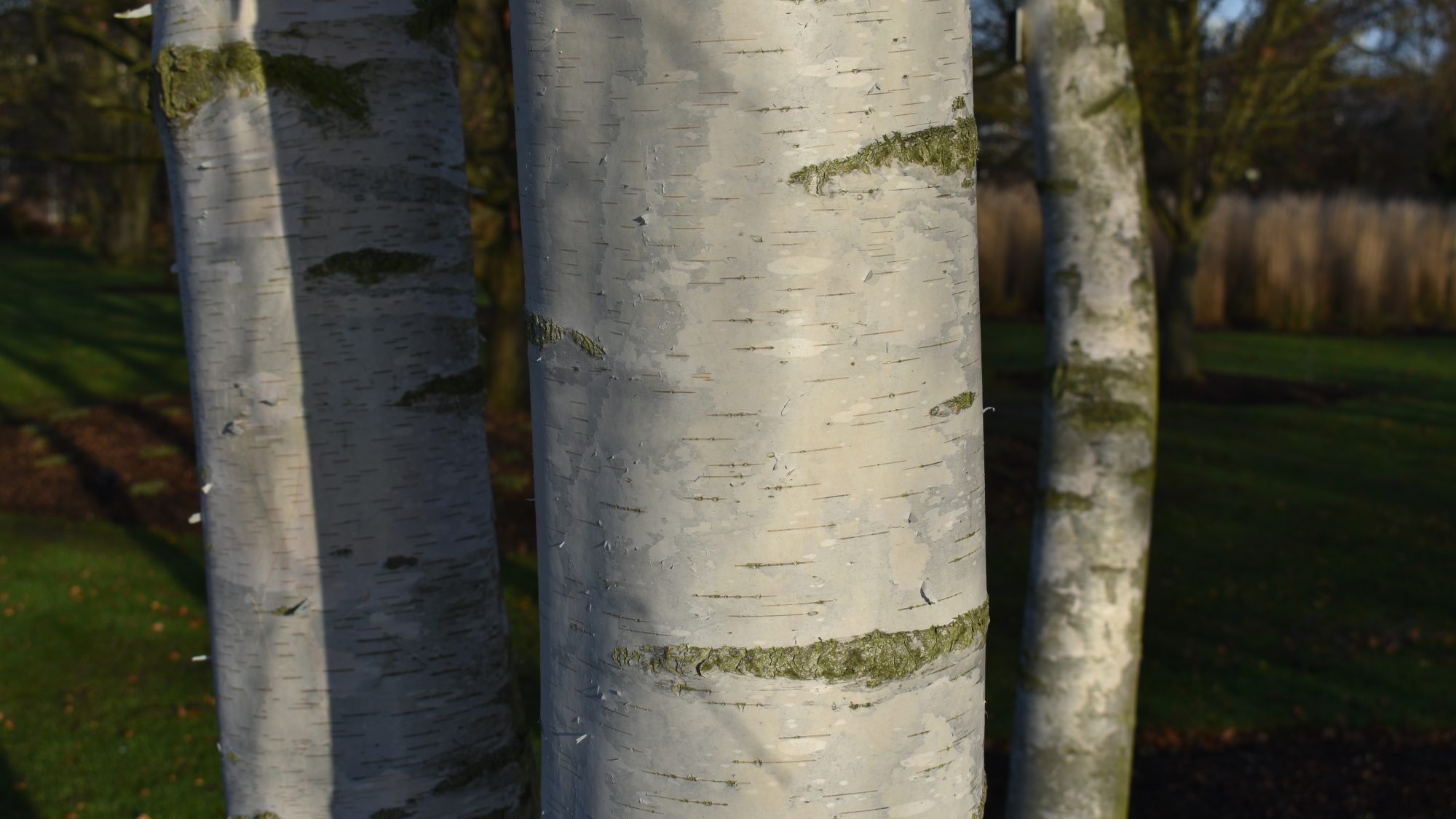 This grouping of silver birch stands sentinel at the south western corner of the Autumn Garden.

One of 60 species of birches, Betula pendula ssp. pendula occurs throughout Eurasia, including the UK. It is a graceful tree with a narrow, conical habit, reaching 25m in height, and has pendent branches, though is most widely admired for its silvery-white bark, hence the common name silver birch. Most Betula species require deep, well-drained, loamy soil, though B. pendula ssp. pendula grows well on poor, light soils, being a native of dry woodlands, downs and heaths. The silver birch provides a valuable habitat and food source for a wide range of animals, including the caterpillars of buff-tip moths, which feed on the leaves, and siskins which eat the seeds. Birch wood is used for the production of furniture and toys, and was commonly used for the production of bobbins, spools and reels for the Lancashire cotton industry. Today its value as a source of timber is limited in the UK, though it is still used to make besom brushes for sweeping the garden. This reflects the Celtic belief that the birch symbolised renewal and purification, with birch twigs being used to drive out the spirits of the old year.