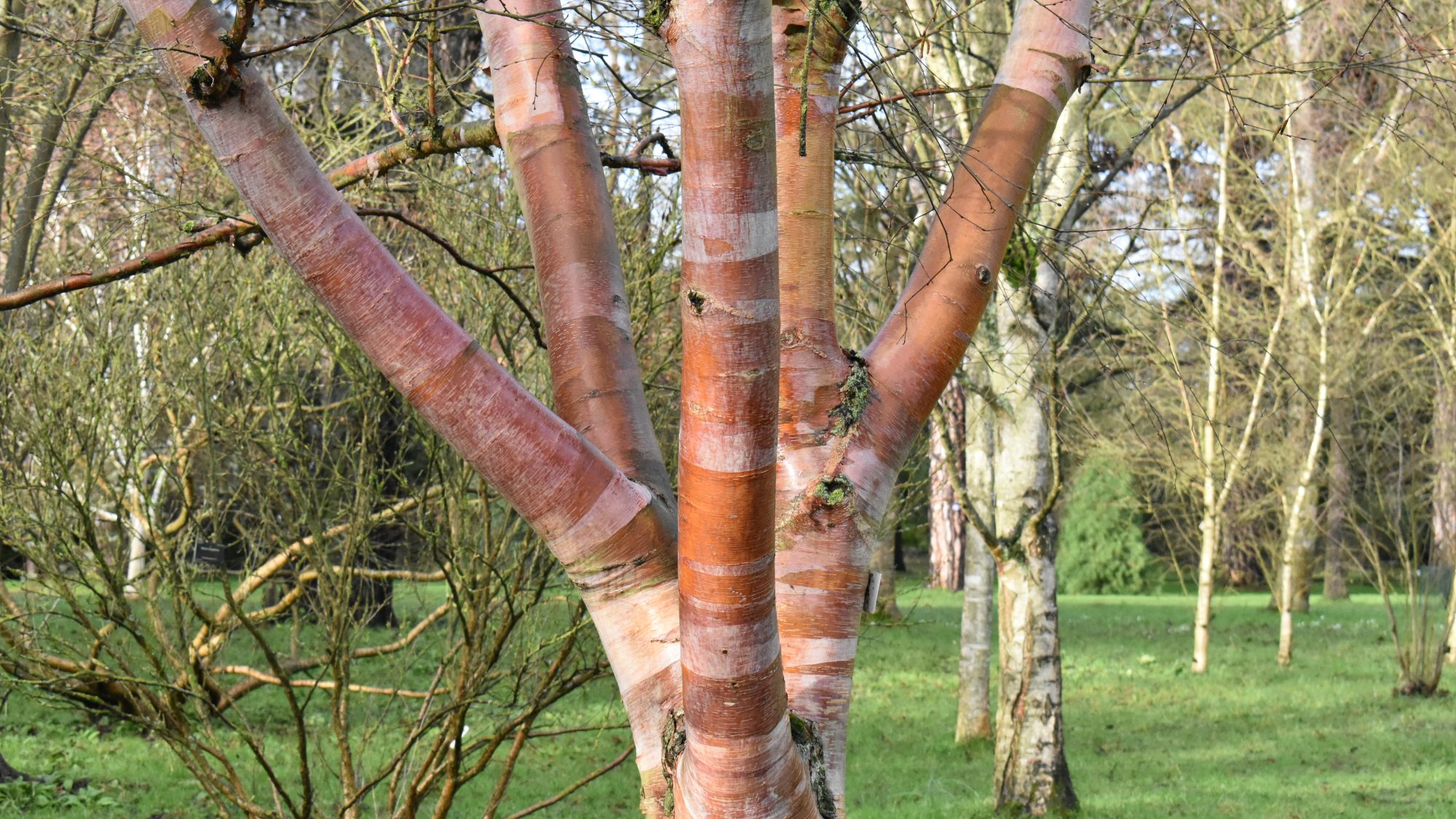 Approximately 60 species of trees and shrubs are assigned to the genus Betula, which contains Northern Hemisphere trees and shrubs. Many of the birches have striking bark, including the native silver birch, Betula pendula whose peeling white bark becomes gnarled with age. This one, Betula utilis ssp. septentrionalis, is a subspecies if the Himalayan birch, but is distinct in its pink-brown bark colouring, which makes it an ideal winter specimen. Originating from western China, it has the common name Chinese red birch. It was first introduced into cultivation from western Hupeh by Ernest Wilson in 1901, and was originally assigned the name B. albo-sinensis, with which it is synonymous. The ovate foliage takes on hints of yellow in the autumn, extending it’s season of interest.