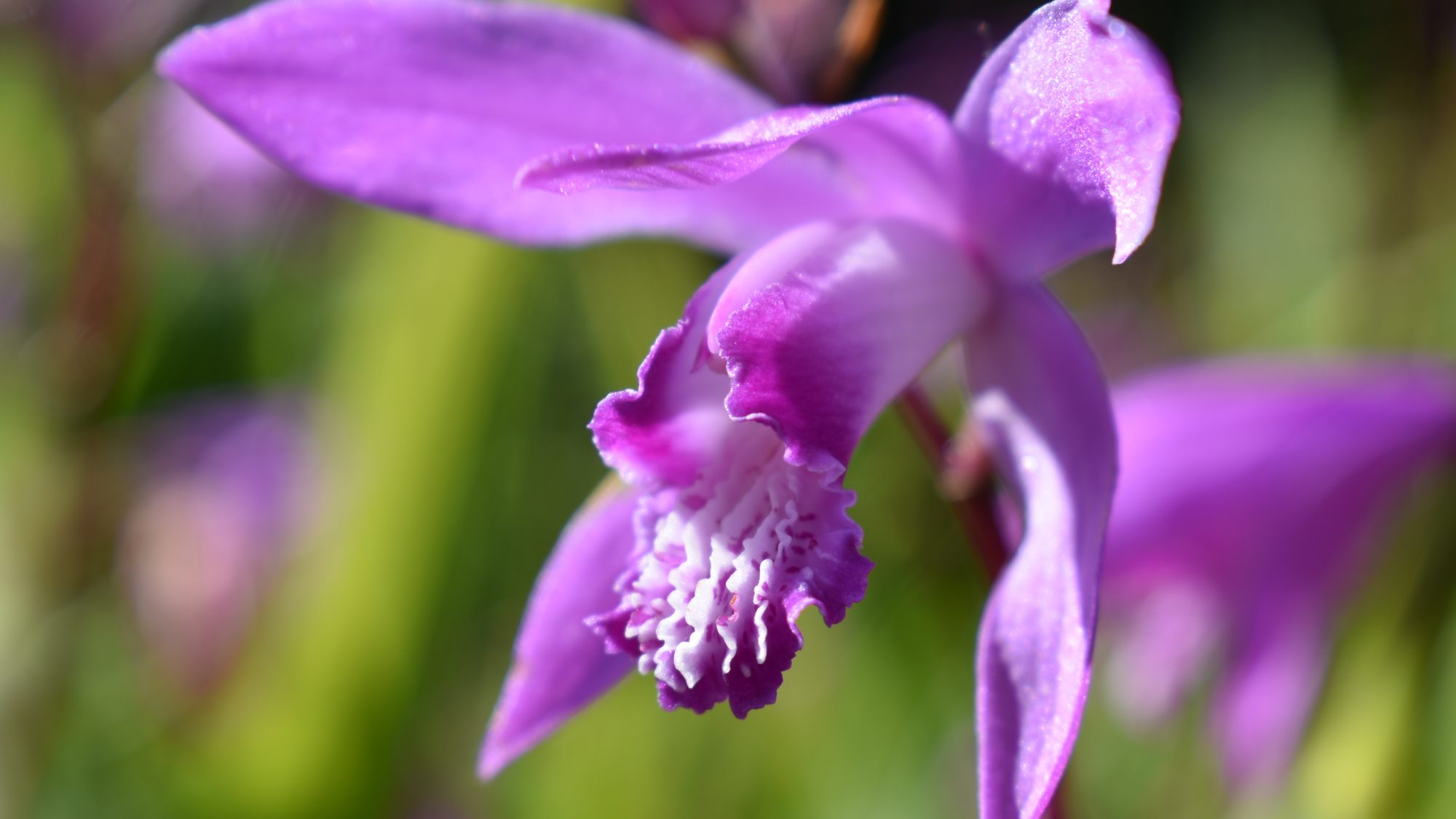 Bletilla striata can be seen flourishing on the Limestone Rock Garden.

A terrestrial orchid of temperate Asian origin, Bletilla striata, or Chinese ground orchid, is a hardy species with flattened pseudobulbs.  The terminal racemes bear bell-shaped flowers throughout summer, while the foliage has a pleated appearance.  The generic name Bletilla derives from the orchid Bletia, which this genus closely resembles, while the specific name striata means striped, and refers to the markings on the lower lip.  This species enjoys moist, humus-rich conditions in the garden.