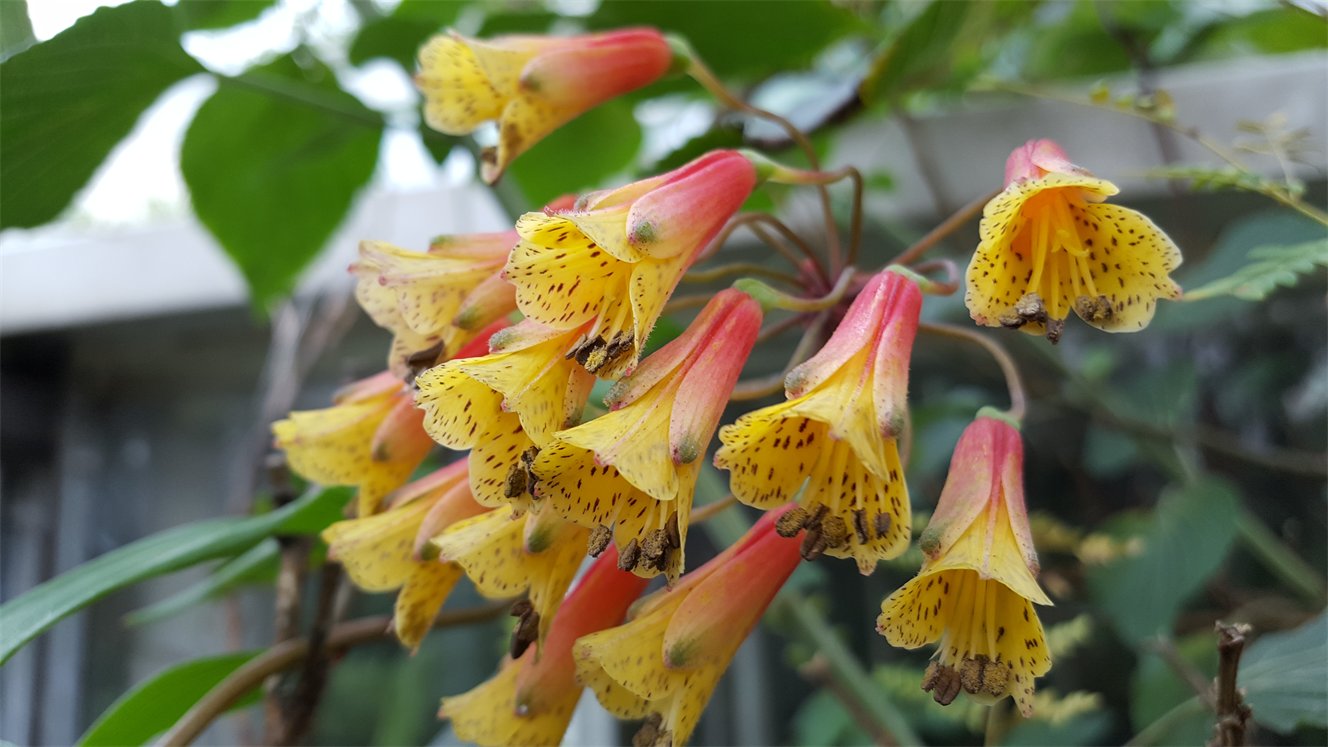 This twining species is bringing late summer flower to the Glasshouse Bays.

The Garden has a number of species which were raised here, and which are collectively referred to as Cantab plants. One such is Bomarea x cantabrigiensis, which was raised by the glasshouse foreman, George Banks in the early 1900’s. It has loose umbels of tubular, yellow, 6-tepalled flowers, each with a black-spotted inner, and these will be continue to be produced well into winter. B. x cantabrigiensis is believed to have been produced from a hybrid of B. multiflora & B. hirtella. A member of the Alstroemeria family (Alstromeriaceae), the genus Bomarea is typically a tender genus, but this hybrid is one of the hardiest, and has been grown in our Glasshouse Bays for many decades.