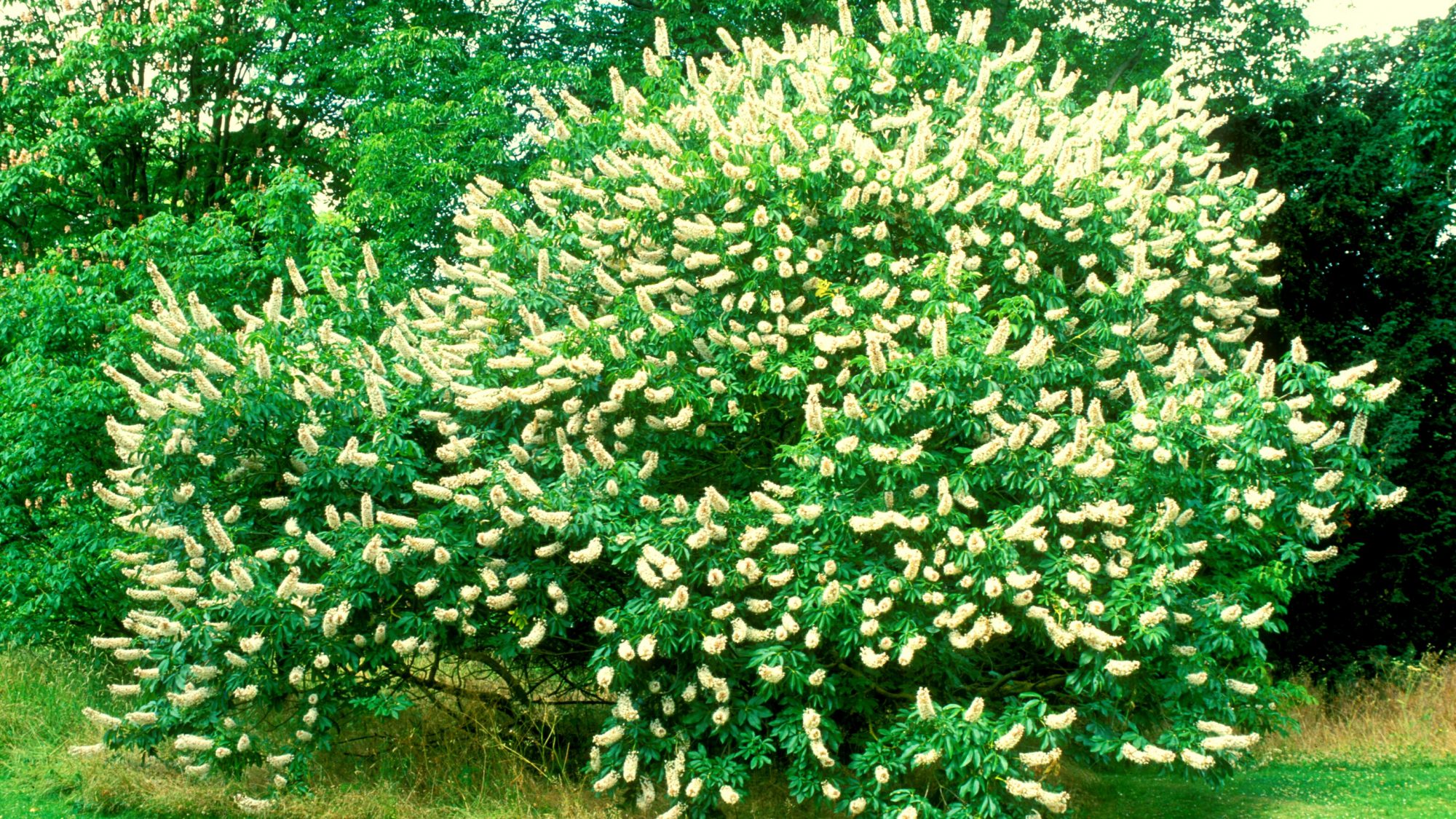 The Californian Buckeye, Aesculus californica, is one of the most spectacular flowering trees in the Garden, usually blooming from mid-June…

The Californian Buckeye, Aesculus californica, is one of the most spectacular flowering trees in the Garden, usually blooming from mid-June. It is a low, wide-spreading, multi-trunked tree which bears a profusion of erect white flower spikes up to 20cm long.

It clearly enjoys the Cambridge climate and our trees are amongst the best in the country. The largest specimen can be found by the Main Gate. A second tree, located close to the Grass Maze, was collected by the great plantsman and former Cambridge student, Roy Lancaster.

In the Woodland Garden, a more shrubby species can be found – Aesculus parviflora, the Bottlebush Buckeye – which is equally spectacular in bloom during July. The individual flowers have bright red anthers that contrast with the white petals making them particularly attractive.

The candle-shaped inflorescences are a clue that the Buckeyes from North America are related to our Common Horse Chestnut, Aesculus hippocastanum, with its stout candles of white flowers in late spring. The Horse Chestnut is native to the border region between Greece and Albania and has been cultivated in the UK since the 17th Century. In recent years, horse chestnuts have suffered greatly from an introduced pest, the Chestnut Leaf Miner, which has thrived in our recent decades of milder winters. The leaves are unaffected when they flush each spring, but are likely to be re-infected by the overwintering insect and become brown and disfigured by summer.

The Buckeyes from America and Aesculus indica from Asia have not yet succumbed to the Chestnut Leaf Miner.