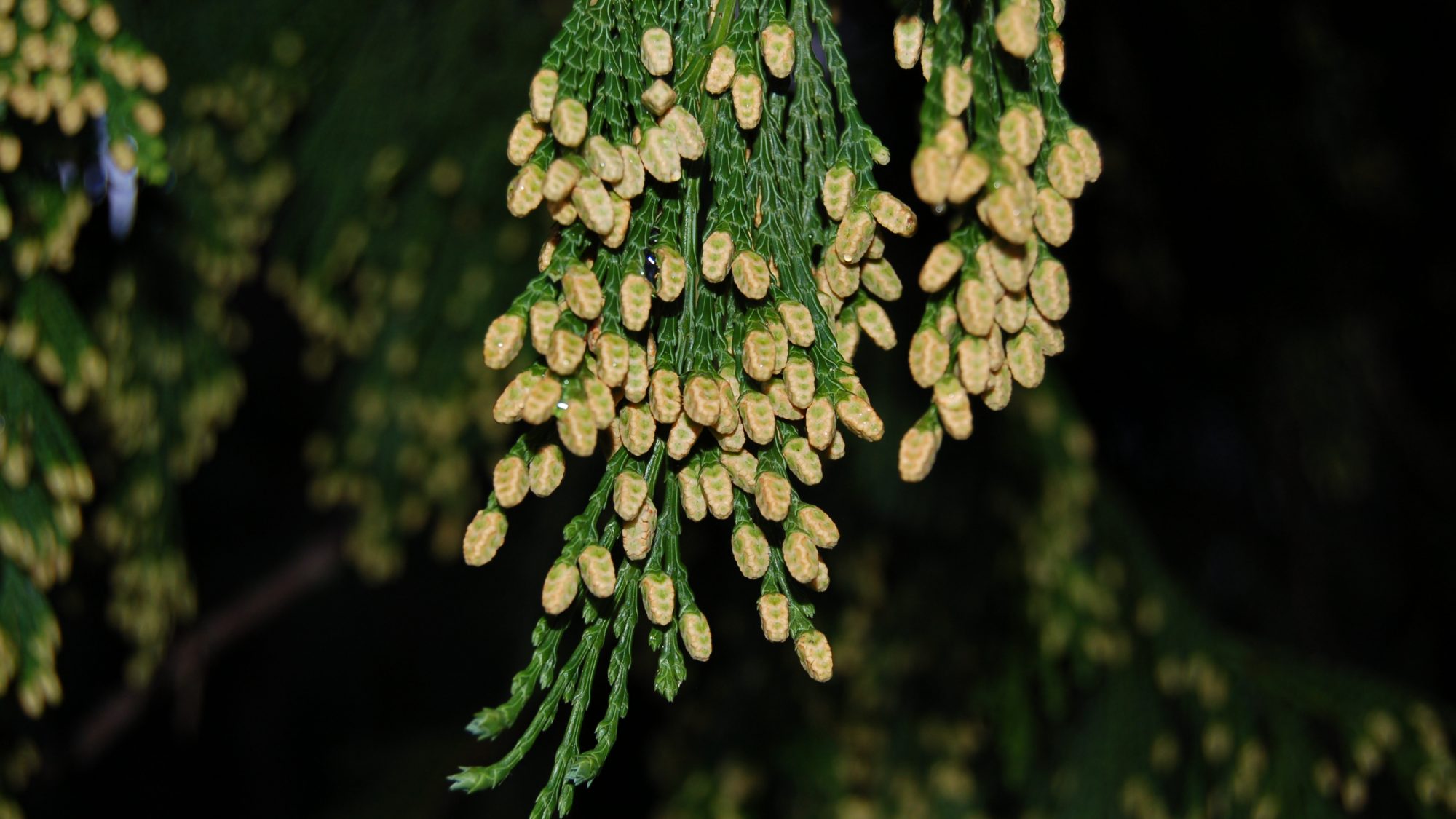 The columnar incense cedar sits beside the South Walk where it is covered in pollen cones.

The genus Calocedrus was formerly known as Libocedrus until 1993 when it was re-assigned to its own genus of three species. Calocedrus decurrens is a coniferous tree belonging to the Cupressus family (Cupressaceae). It takes its common name incense cedar from the aroma omitted when the leaf scales and twigs are crushed. A native of the western United States, where it can grow at altitudes in excess of 2,000m, it is a columnar tree reaching 40m in height. During autumn it produces attractive, yellow pollen cones at the tips of the flat sprays of leaves. It will also produce red-brown seed cones which are a pale green when immature, and will ripen to a deep brown, and also open to reflex their scales. It was once widely grown for its timber, which was used in the production of pencils, though due to the depletion of mature stands of this tree, its use is limited now to the production of chests.