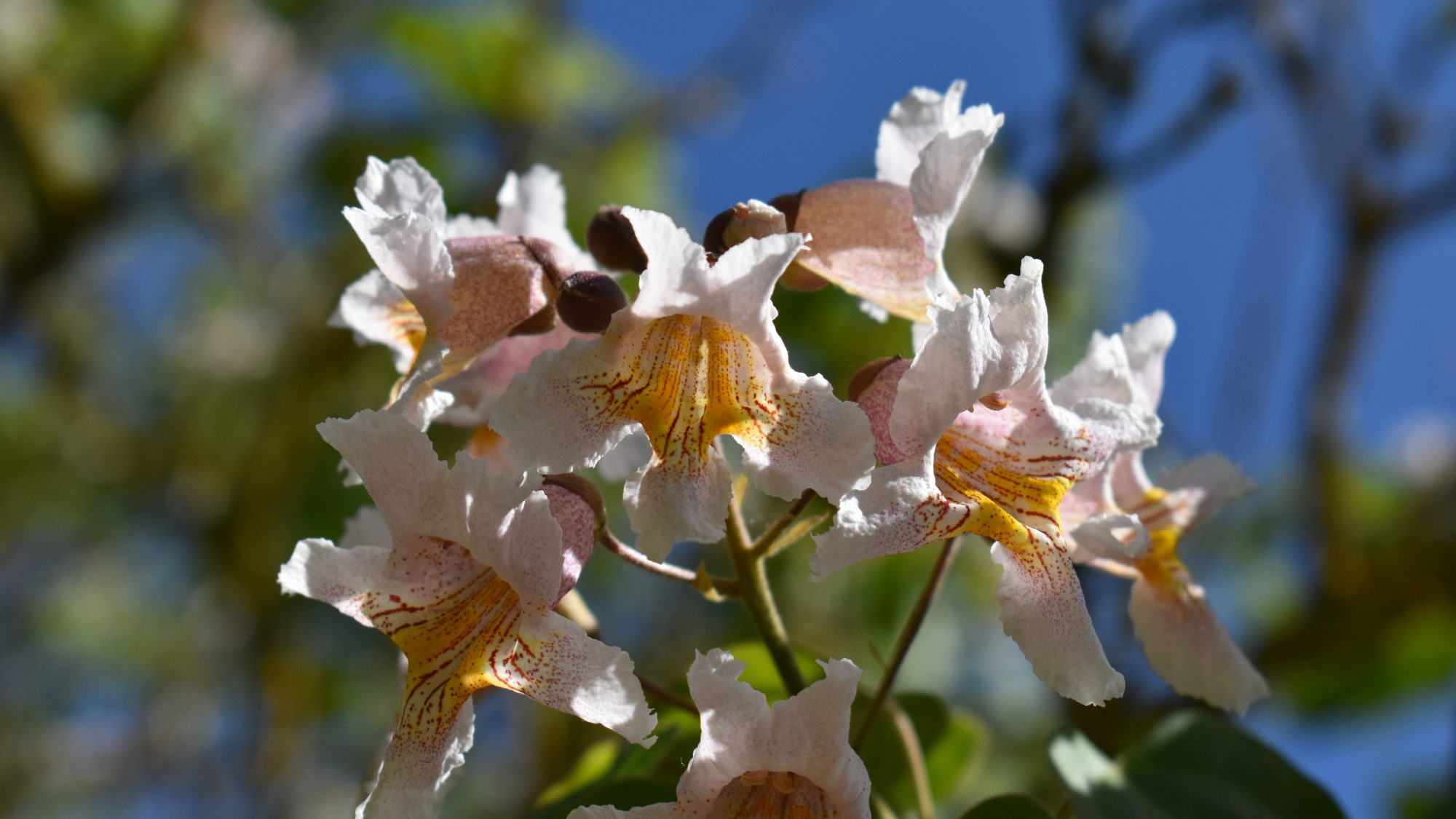 The bean trees provide early summer flower, including this one growing on the Fairway.

Growing to 20m in height, Catalpa fargesii has ovate leaves with a soft, downy underside typical of the eleven species found within the genus. The bell-shaped, two-lipped flowers are borne in corymbs of up to 15 individual flowers, and the throat of these is freckled with brownish spots, on a background of yellow staining. The genus occurs in both America and Asia, and this one originates from western China. It was originally named from specimens  collected by Père Farges, a French missionary and naturalist who was stationed in China from 1867-1912, but plants were not introduced into cultivation in the West until introduced by Ernest Wilson in 1901.