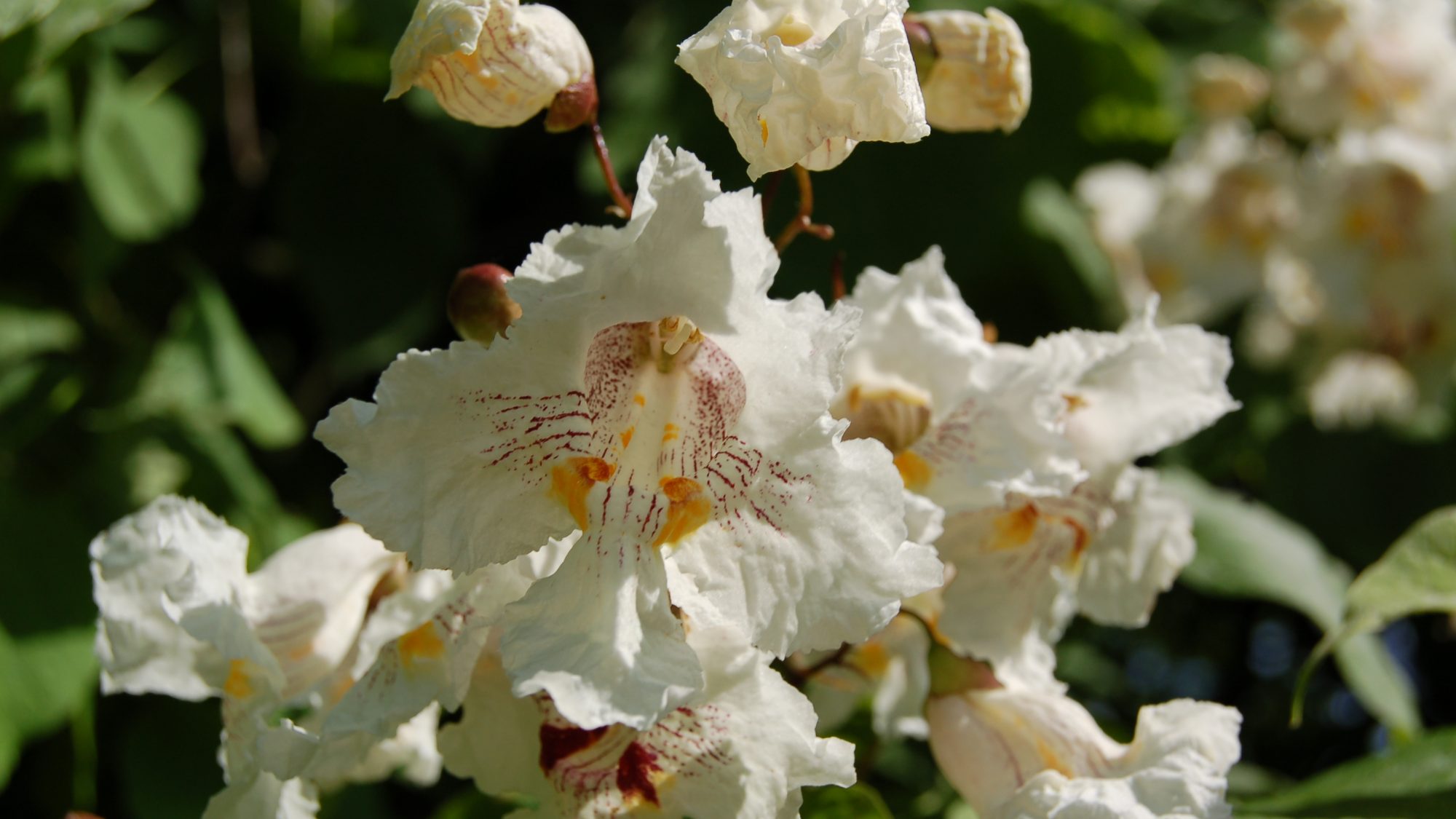 This impressive bean tree is bearing dense panicles of flower beside Cory Lodge.

As is typical of all of the bean trees, Catalpa speciosa, or the western catalpa, has broad, ovate, downy leaves, and it is late coming into leaf, only producing leaves in June. Lobed, frilled flowers emerge in July, and have two yellow spots on the lower lip, while the entire corolla tube is marked with purple streaking. In autumn slender seed pods resembling bean pods are produced which become woody and persist until the following summer. This species occurs in the eastern and northern United States, while the remainder of the eleven Catalpa species occur in North America or eastern Asia. The wood of C. speciosa is valued for it’s durability, and particularly it’s resilience to moisture-induced rot.