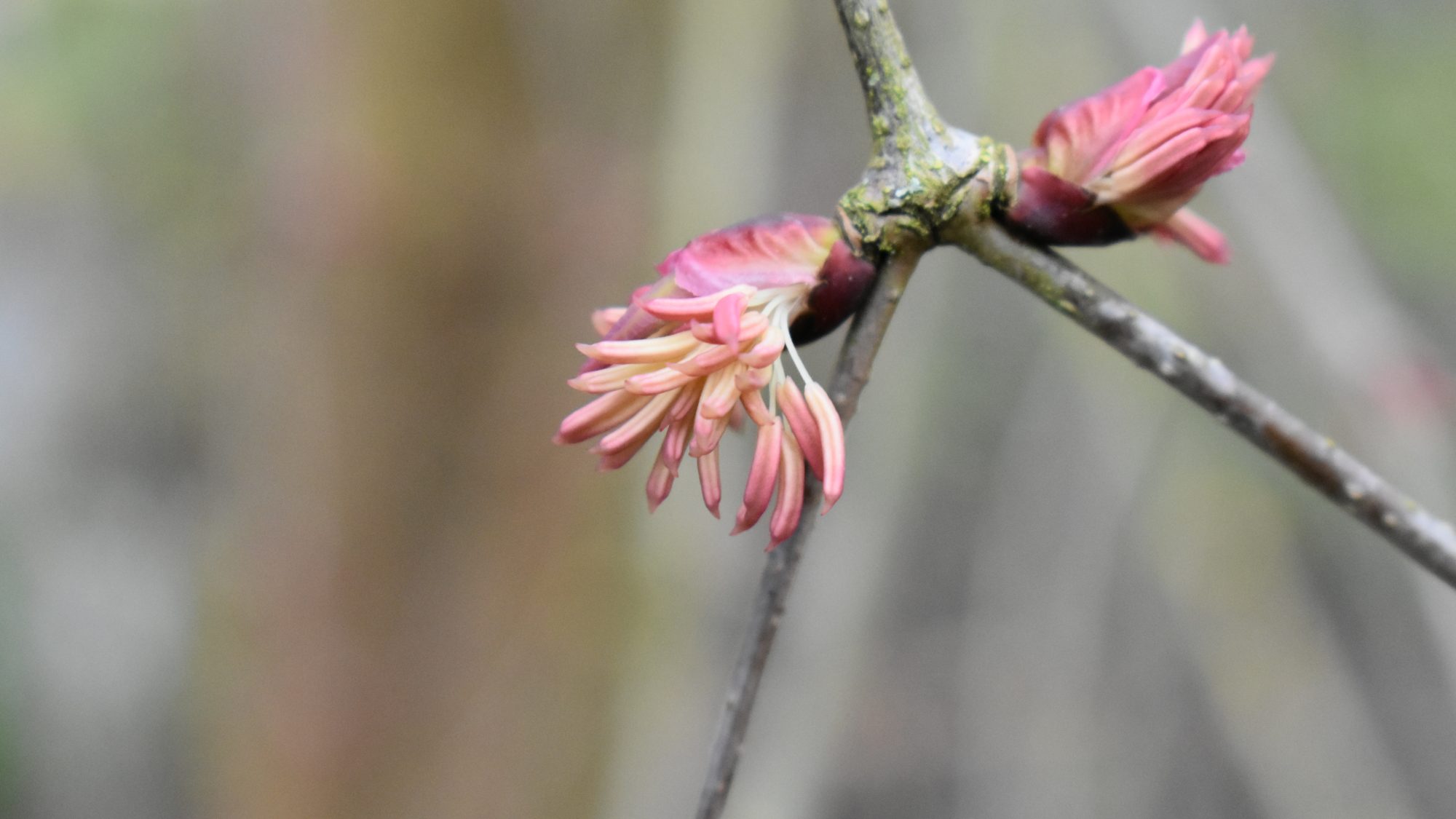 This weeping specimen of the katsura tree is showing inconspicuous flowers beside the stream.

Closely related to the magnolias, Cercidiphyllum contains only two species, and is the only genus within the family Cercidiphyllaceae. Cercidiphyllum japonicum is the more widely grown of the two, the other being C. magnificum. It is a deciduous species with a spreading habit and reaching over 12m in height, and originating from China and eastern Asia. The dark bark can be furrowed and twisted, and the heart-shaped leaves are usually opposite. These,  along with the flowers, are usually borne in the twig or stem axils. C. japonicum is a dioecious species, bearing male and female flowers on separate trees. In this weeping specimen (C. japonicum ‘Pendula’) the flowers are male and have numerous burgundy-cream stamens. A nearby C. japonicum has female flowers, which comprise four larger, fringed sepals, though these are also inconspicuous. This specimen, with its graceful, weeping habit, has champion tree status.