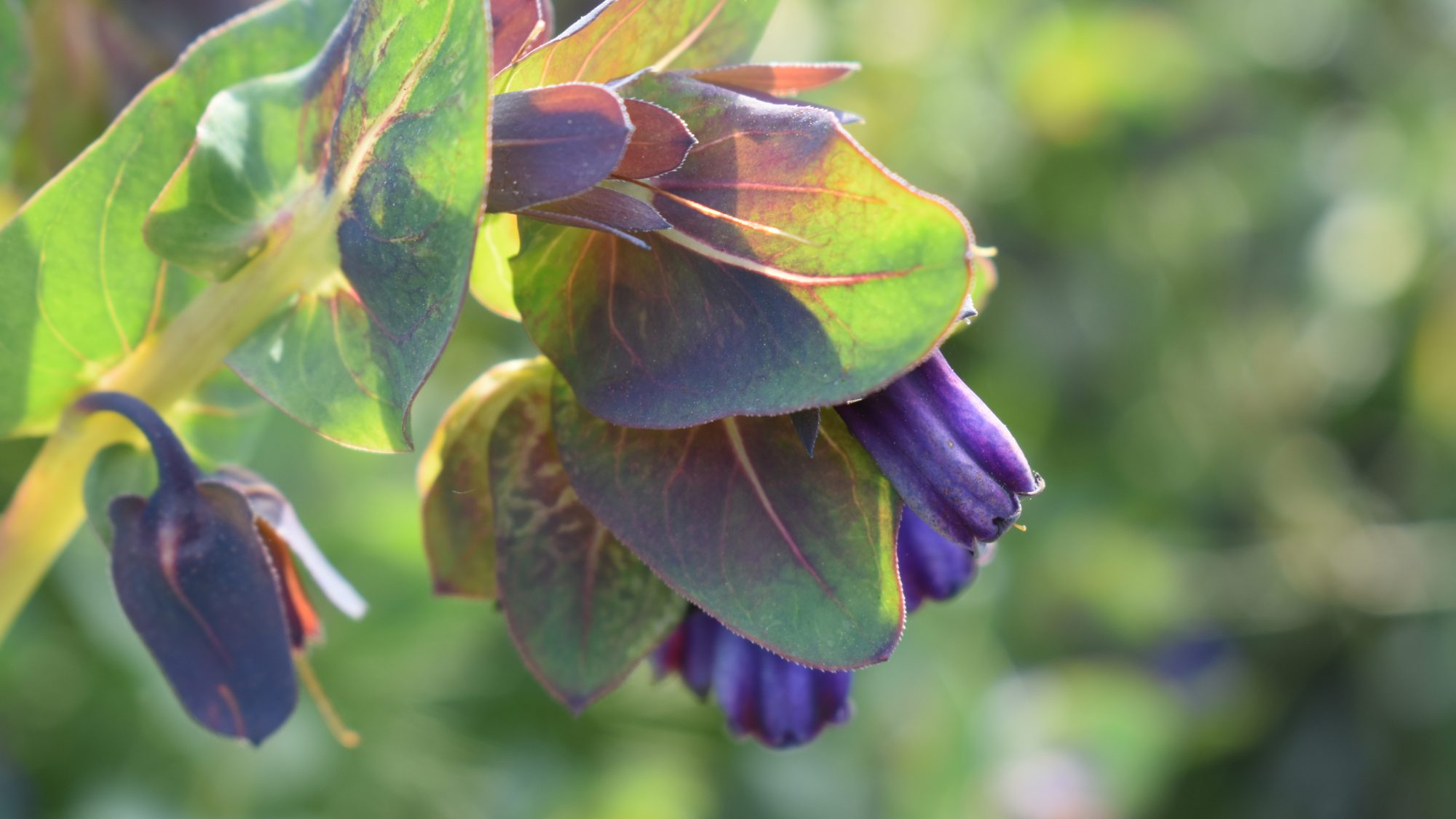 The attractive honeywort adds interest on the pigmentation border in the Understanding Plants area.

A popular annual species amongst gardeners, Cerinthe major ssp. purpurascens is highly regarded for it’s erect habit and alternate, fleshy, blue-green foliage. These contrast well with the purple, tubular flowers, which are produced in cymes, and which are full of nectar and highly attractive to bees. It was once believed that bees obtained wax from the flowers, hence the common name honeywort, and the generic name Cerinthe, which comes from the Greek kerinos (waxen). A member of the borage family (Boraginaceae), this species is a native of southern Europe, where it grows on grassland and rocky sites.