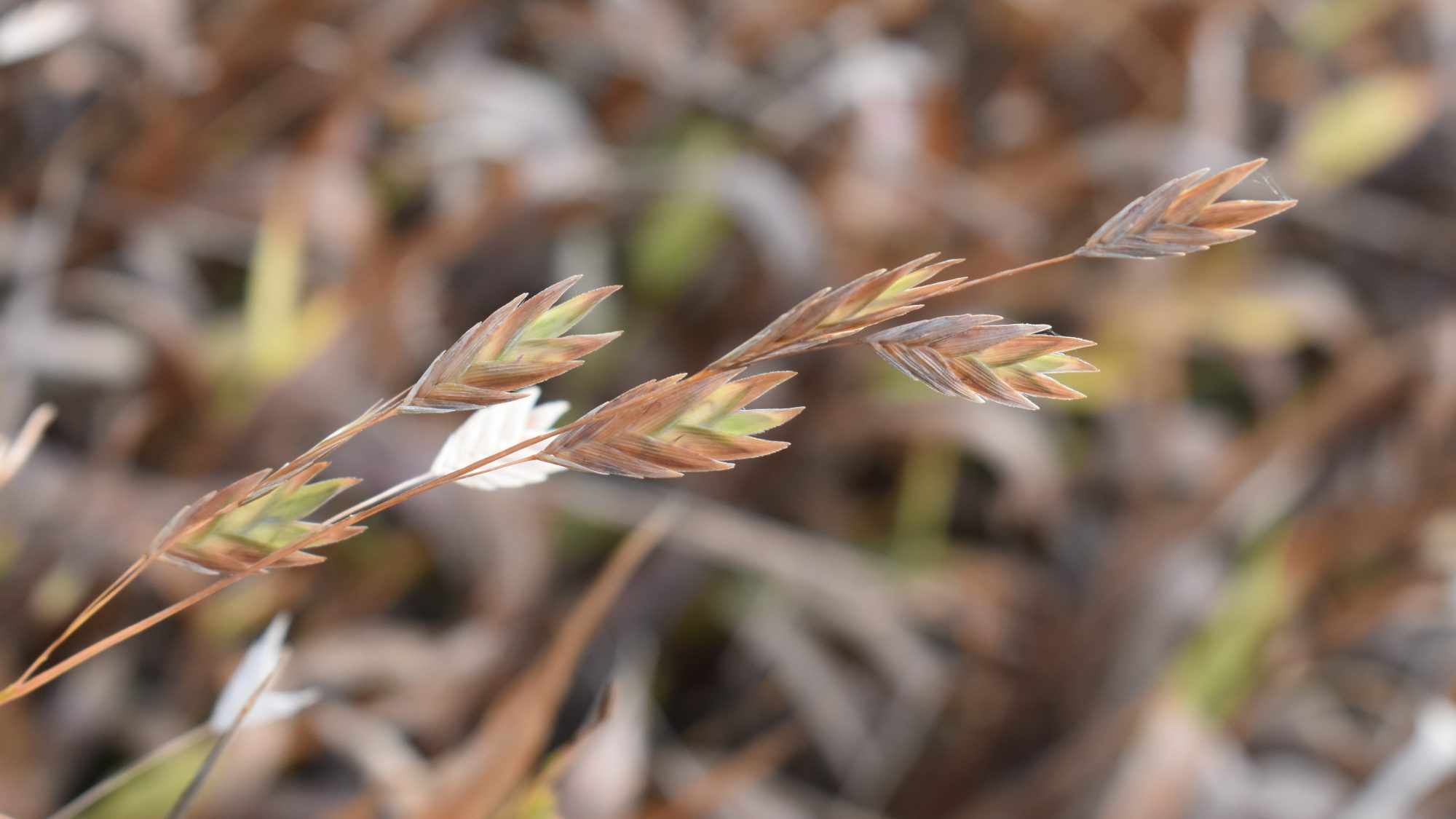 This perennial grass is displaying it’s subtle seed heads on the Systematic Beds.

Belonging to the grass family Poaceae, Chasmanthe latifolium is one of six species of perennial grasses from eastern and central United States, Mexico and Central America. This one has a natural distribution of the eastern United States and Mexico. It has gently arching, lance-shaped leaves which retain a vibrant green colour through summer, but which take on yellow tones in autumn, and which ultimately dry to a buff colour. Arching stems produce panicles of flattened spikelets in late summer, and these have earnt this plant the common name spangle grass. These also take on buff tones in late autumn, and when dried are used in flower arranging. C. latifolium reaches only 1 m in height and 60 cm in diameter, and is a valuable species for the front of a border and also for a dry position in light shade.