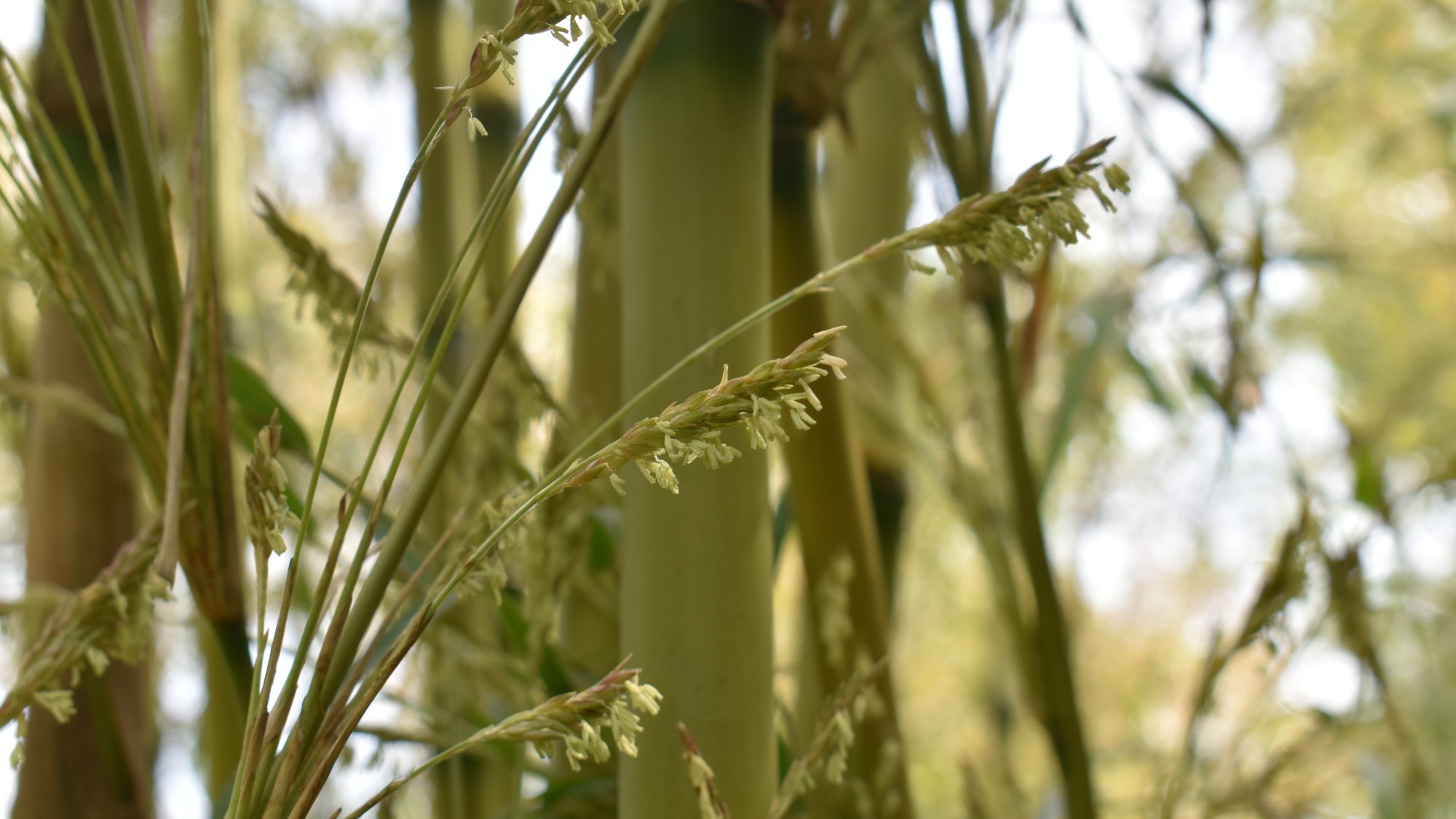 This seldom grown bamboo can be seen with a  full flush of flower near the Stream.

One of approximately 100 species of Chusquea, C. grandiflora is a rarity in cultivation.  A member of the grass family (Poaceae), the genus sits within the subfamily bambusoideae, which numbers some 1,200 species, most of which are rhizomatous perennials.  This Chilean species is clump-forming in habit, and can grow to 16m in height, though fails to reach this in the United Kingdom.  It is an attractive species in which the woody culms have a striped appearance, with a mid-green band around the pronounced nodes, and paler green-yellow colouring in the internode.  Bamboos can grow for many years without producing flowers, but have what is known as gregarious flowering, when all populations of the same genus flower at the same time, after which the plant may die.  Once flowering has finished we will cut the culms down to ground level and anticipate that a new, fresh growth of culms will be produced.  In it’s native Chile the woody, glossy culms of C. gigantea are harvested for the manufacture of parquet flooring and furniture.