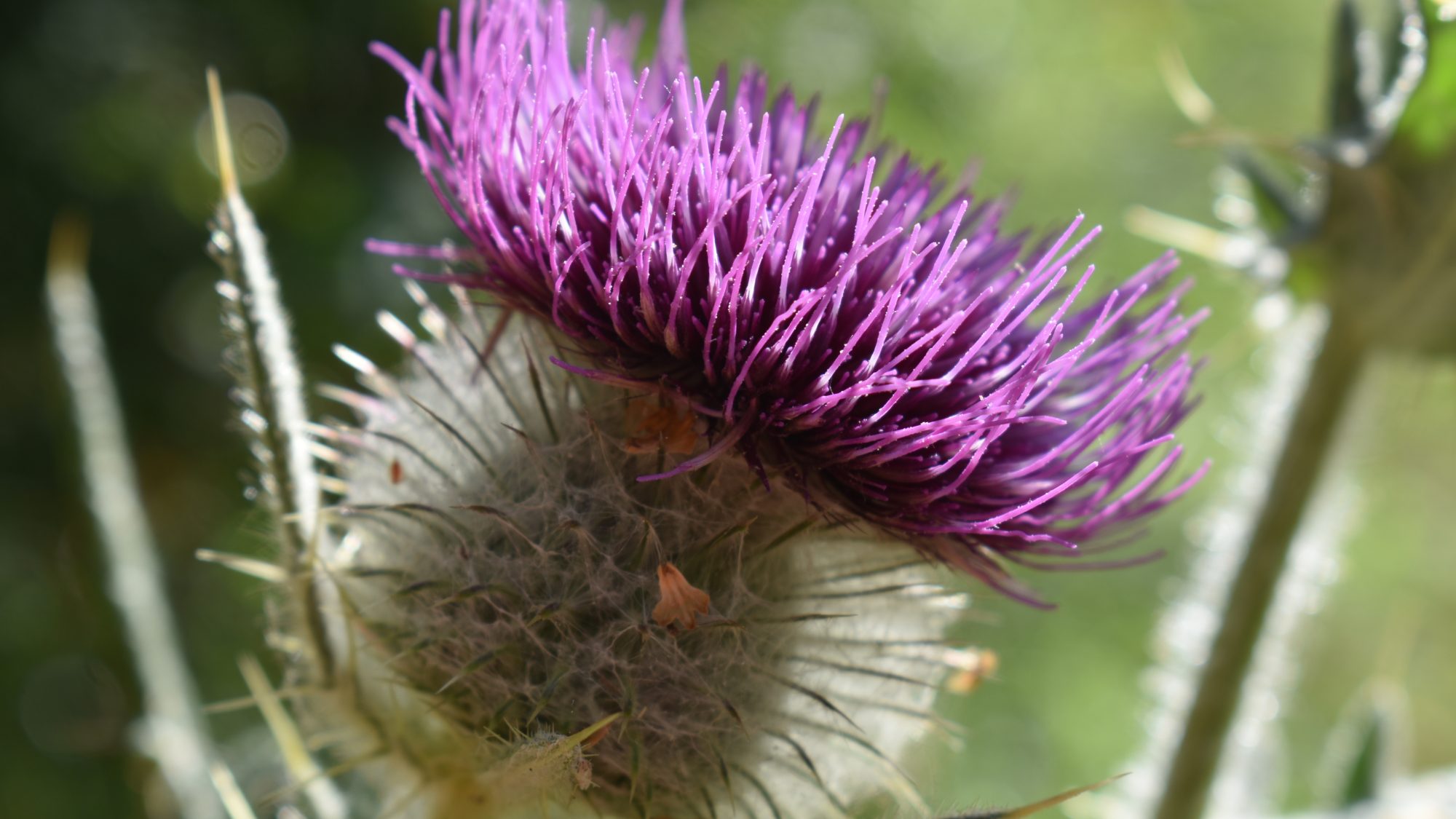 This prickly character can be found on the Ecological Mound.

An erect, monocarpic biennial, Cirsium eriophorum ssp. britannicum is commonly known as the woolly thistle, an apt name given the hairy, almost woolly nature of the leaves and involucre (whorl of bracts surrounding the inflorescence).  It has a rosette of spine-tipped, pinnatifid, basal leaves, and a hairy stem which carries numerous spined leaves.  The inflorescence has an involucre whose outer bracts are spine‐tipped, and a corolla of red-purple florets with purple anthers.  C. eriophorum occurs throughout central and western Europe, and the Balkan peninsula.  The subspecies britannicum is considered endemic to the British Isles, where it grows in central and western counties, and also more rarely in eastern England and North Yorkshire.  It is a calcareous species occurring on disturbed road verges and summer-grazed sites.