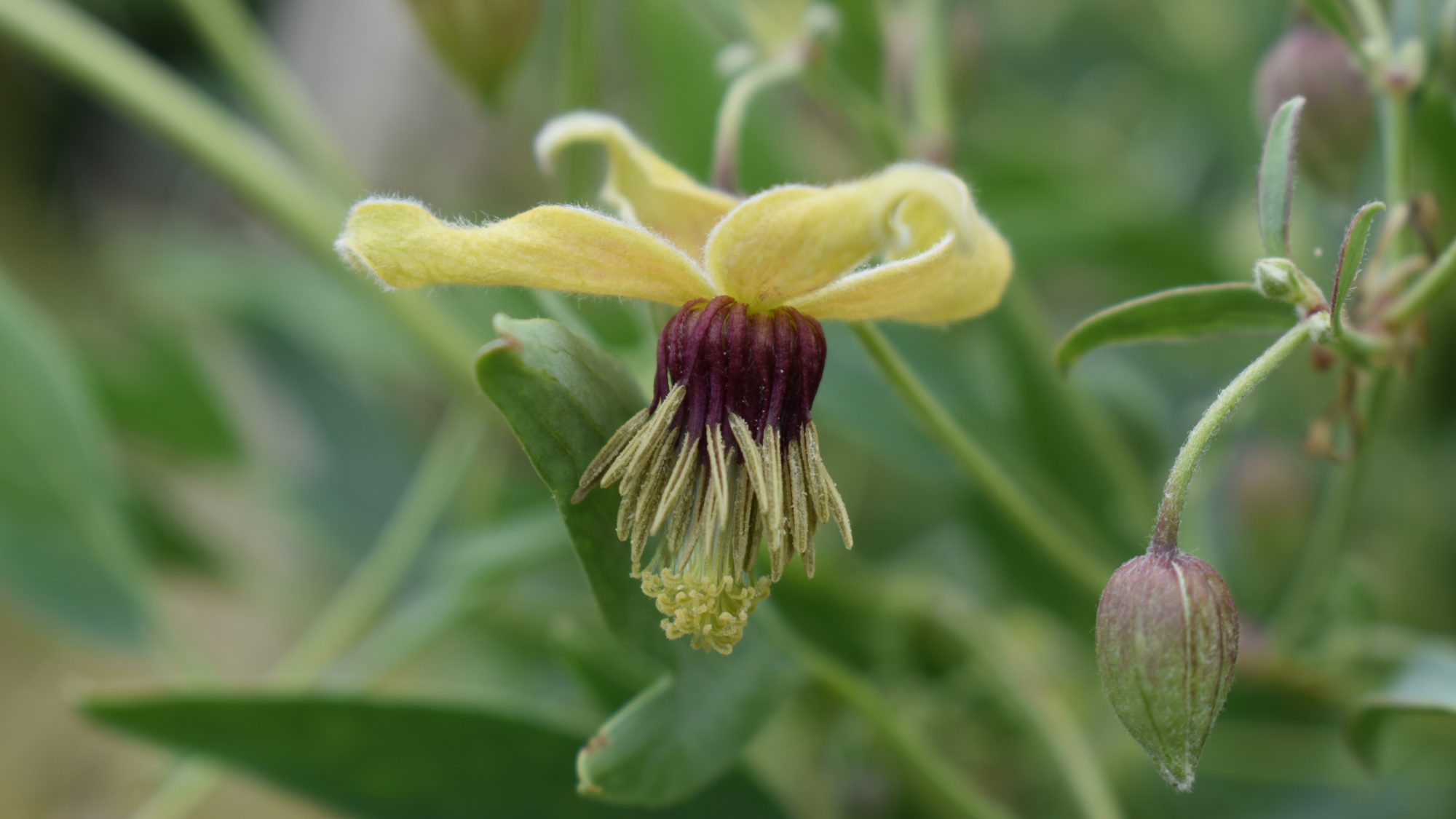 This late-flowering Clematis can be seen scrambling over supports on the Systematic Beds.

Clematis is one of the most valuable genus of climbing plants, numbering some 200 species of herbaceous perennials, trailing shrubs and climbers from Europe, the Himalaya, China, Australasia, North America and Central America. These have given rise to over 400 cultivars. This variable species is distributed from Europe to the Himalaya, and while it is often grown as a climber in gardens, in its native habitat it has a sprawling habit, spreading over ground and hedges in open sites in hot, sunny situations. In this form the delicate nodding flowers have an open bell-shape with four, reflexed sepals. These produce silky, filamentous seed heads in contrast to the delicate, grey-tinged foliage.