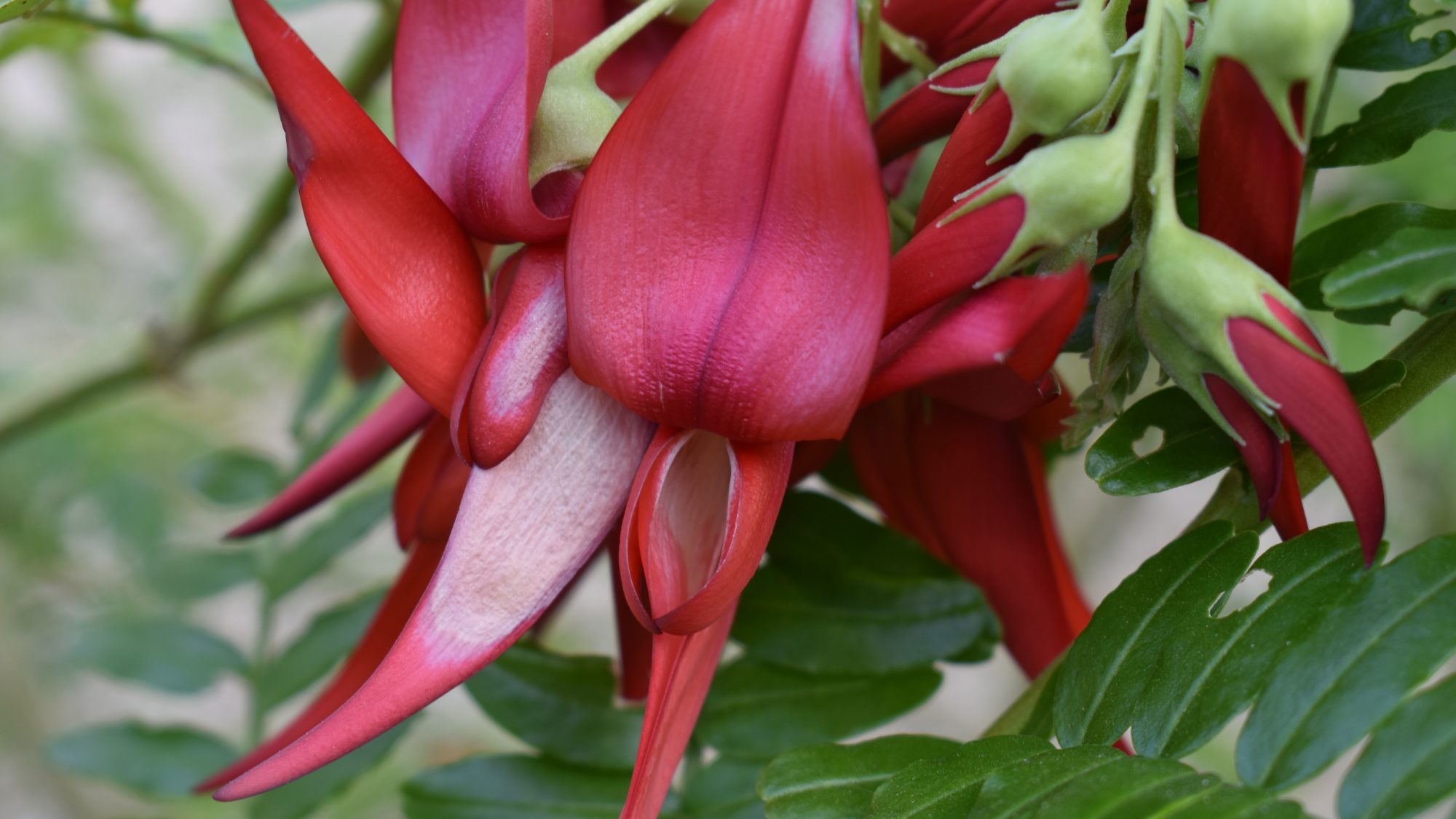 This tender, shrubby pea is bearing striking clusters of flower beside the Terrace Garden.

Clianthus maximus is one of only two species within the genus Clianthus.  It is a native of New Zealand, where it has a very limited distribution and is threatened by grazing predators.  It has alternate, pinnate foliage, and impressive scarlet flowers which resemble lobster claws.  Its more familiar relative C. puniceus is commonly called ‘lobster claw’.  This species is commonly called ‘kaka beak’ after an endangered New Zealand parrot which shares the same forest habitat as this plant.