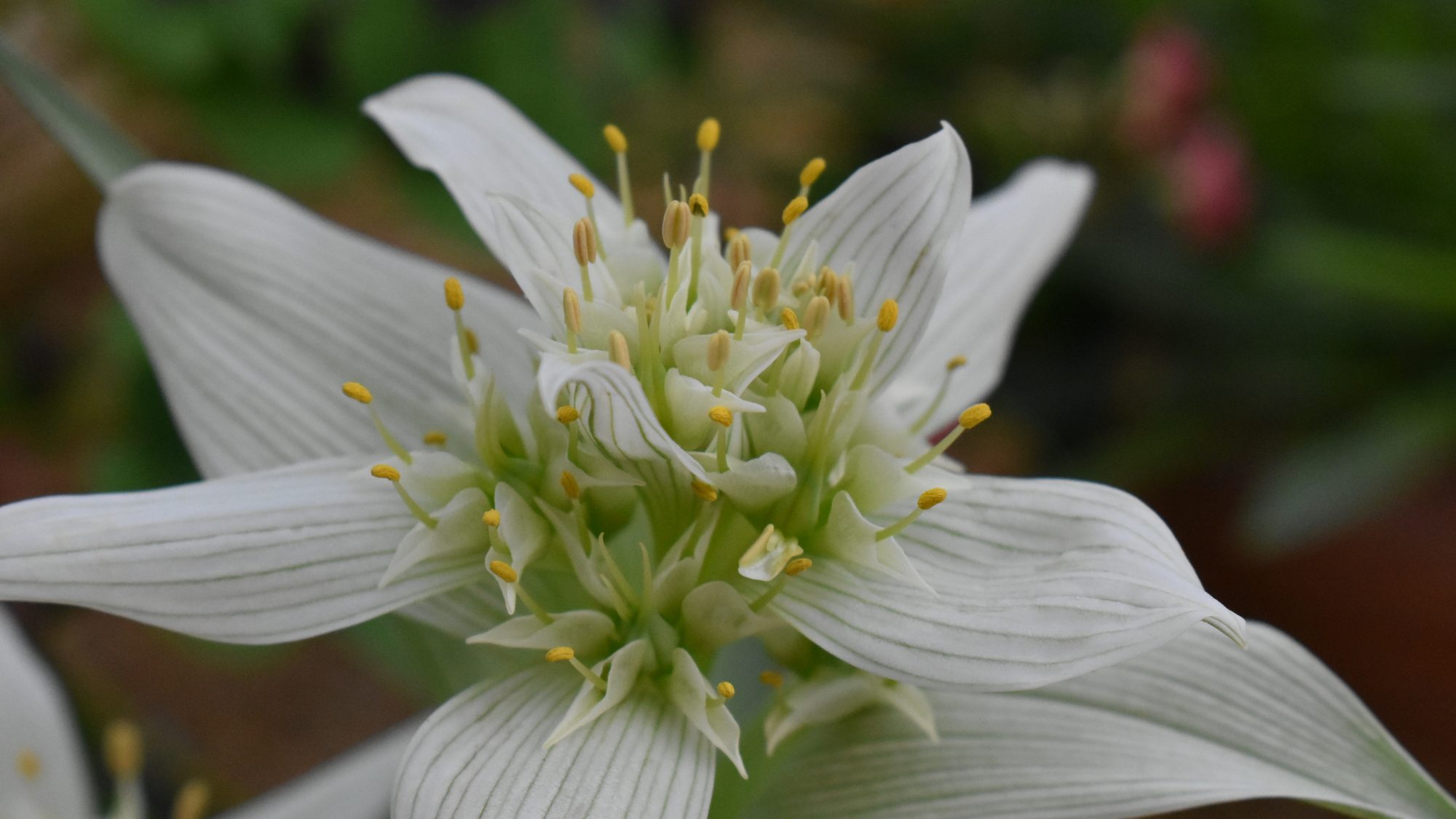 This unusual summer-flowering Colchicum can be seen in the Mountains House.

Containing over 100 species of flowering corms, the genus Colchicum occurs in Europe, Africa and Eurasia. The more familiar species are spring or autumn flowering, but the South African species tend to be winter flowering in their native southern hemisphere, so are summer flowering here in the northern hemisphere. South African species of Colchicum are distinct in having floral bracts, amongst which nestle the six-tepalled flowers, and this arrangement gives rise to the common name men-in-a-boat. Colchicum striatum occurs in South Africa on rock crevices of high rainfall grassland. It grows to 35cm in height, has lanceolate leaves, and the ridged white bracts have distinct green stripes along their length. Previously assigned to the genus Androcymbium, DNA analysis has shown species originally classified as Androcymbium have a common lineage with Colchicum, and have consequently been included as such.