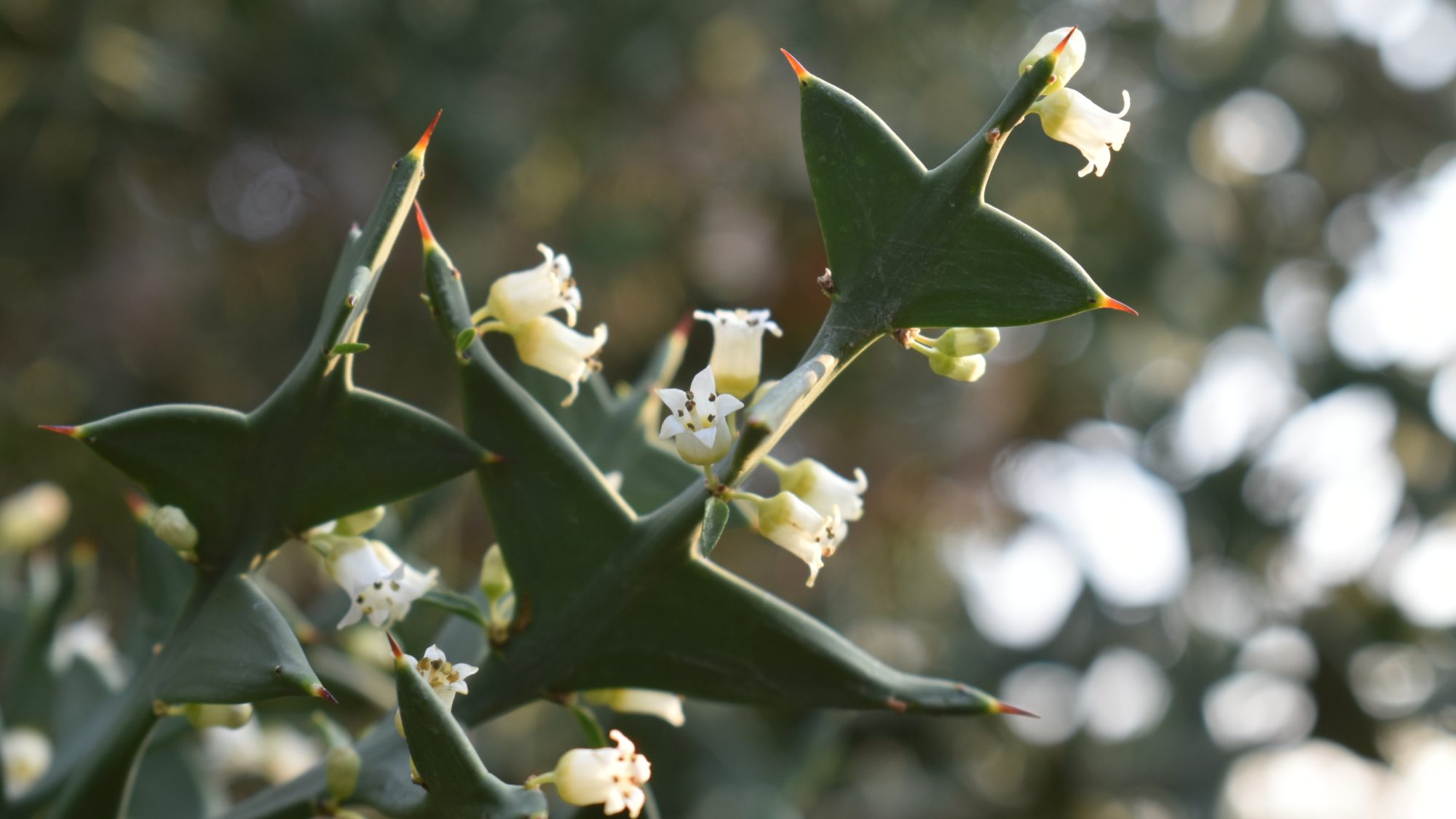 This unusual spiny shrub with small, scented flowers can be found at the back of the Winter Garden.

Belonging to the rhamnus (buckthorn) family, Rhamncaeae, Colletia paradoxa is one of 17 species of shrubs from scrubby hillsides of temperate South America. The genus was collected and named by the eighteenth century French naturalist Philibert Commerson, in honour of the seventeenth century botanist Philibert Collet. All members of the genus have modified cylindrical, flat or triangular, spiny branches, and small tubular, or bell-shaped flowers. A native of dry regions of Brazil and Uruguay, C. paradoxa is bizarre in its triangular cladodes, which earn it the common names anchor, or concorde plant. The waxy, grey-green cladodes, with their spiny tips, are modified stems, which have adapted for photosynthesis, and are arranged in tiers in opposite pairs. Small, true, flattened leaves sit beneath the cladodes and these are deciduous. Tight clusters of fragrant white, tubular flowers are produced from autumn into winter.