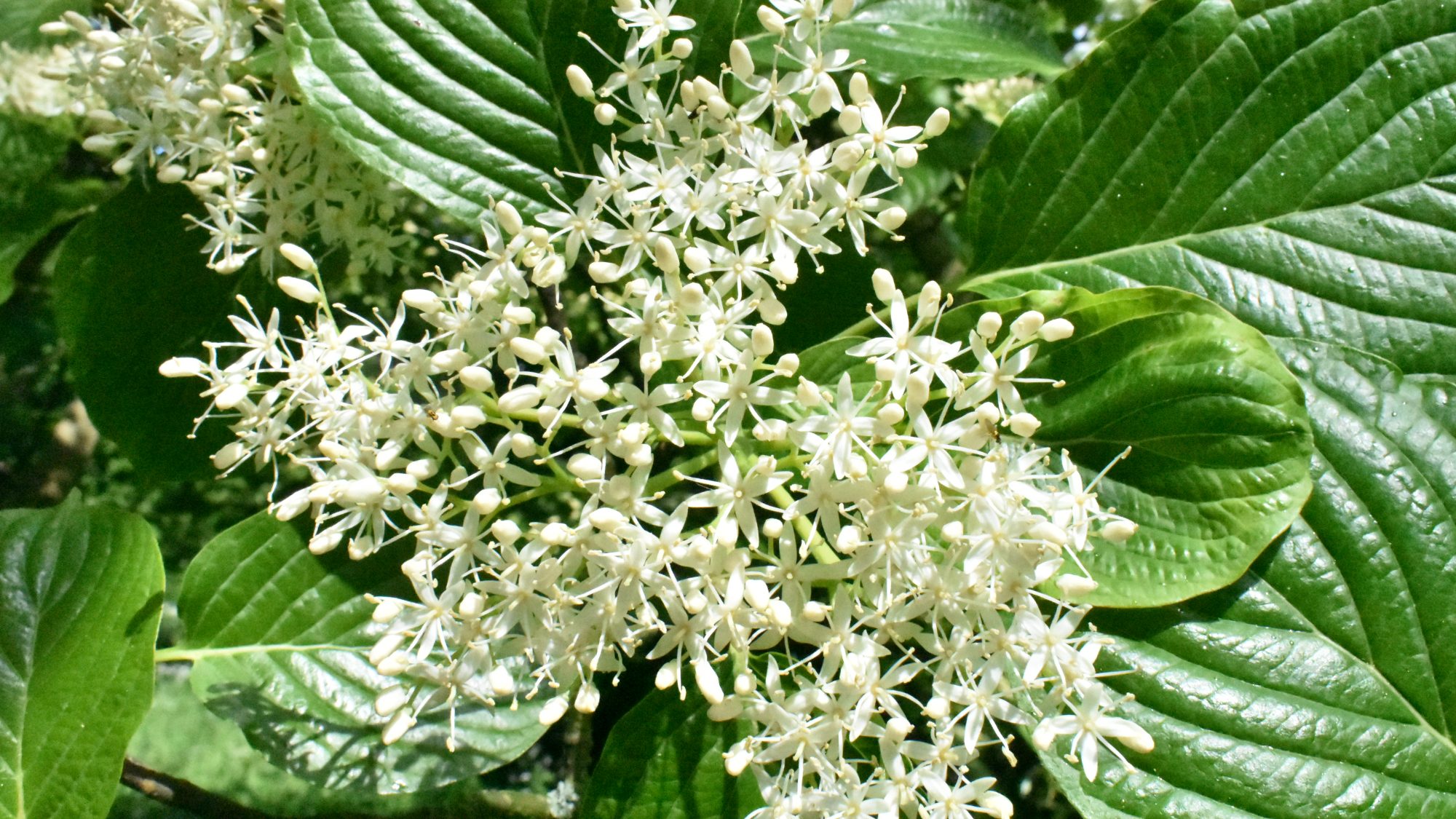 The wedding cake tree is putting on an impressive show in the Gilbert Carter Woodland.

Belonging to the dogwood family (Cornaceae) the genus Cornus contains 45 species of mainly deciduous trees and shrubs from northern temperate regions. Most have opposite leaves and small, star-shaped flowers borne in terminal cymes or dense clusters. Cornus controversa is a deciduous tree from China and Japan, whose opposite leaves are heavily veined, and whose horizontal branches produce a tiered effect, earning it the common name wedding cake tree. Flattened cymes of attractive small, four-petalled flowers are produced in June and July.