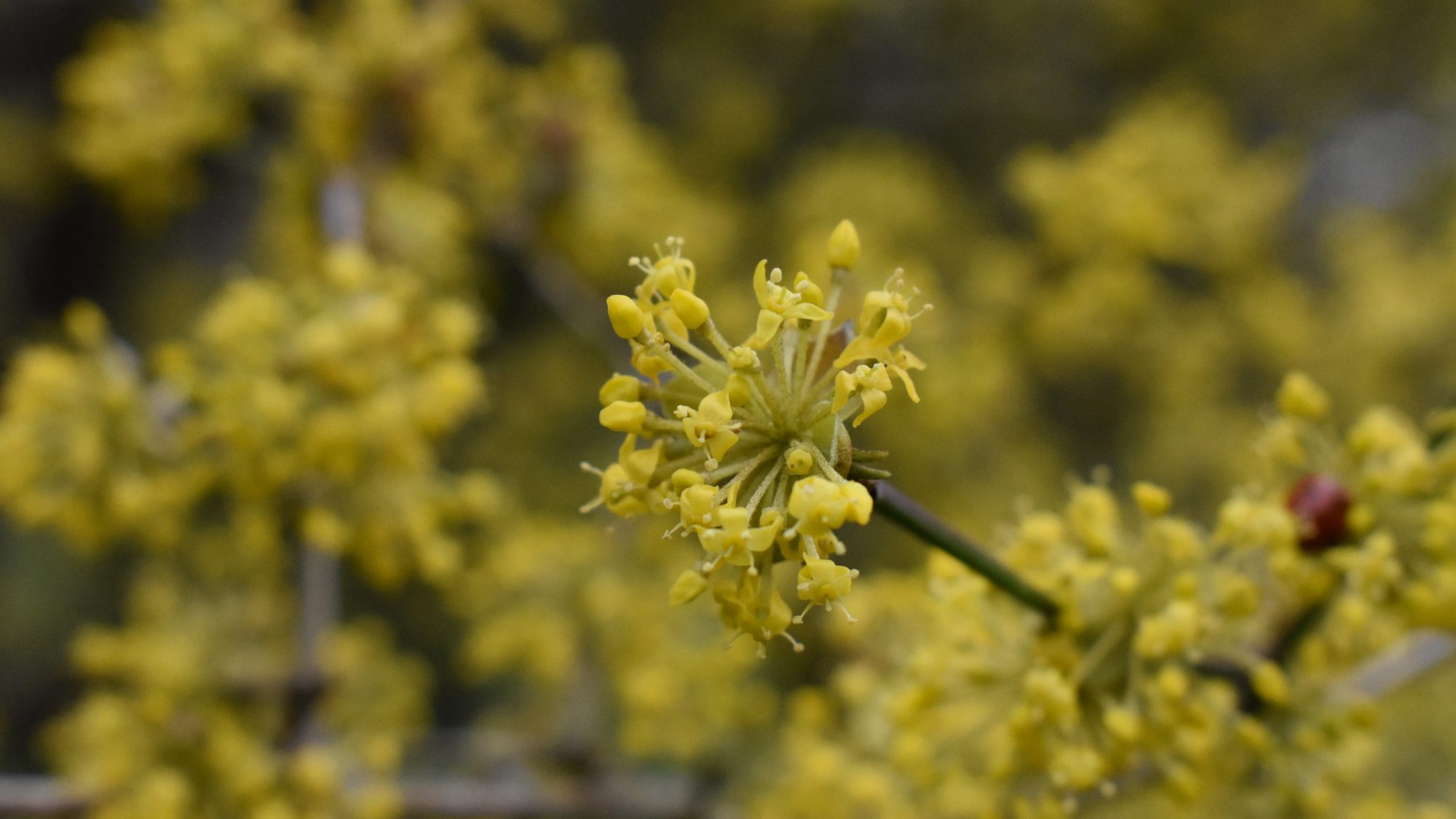 The yellow canopy of the Cornelian cherries produce a haze of colour in the Gilbert Carter Woodland.

The dogwood family Cornaceae comprises 45 species of temperate northern trees, shrubs and perennials. This one, Cornus mas, is a spreading deciduous shrub from Europe and south west Asia. It can reach 5m in height and spread, and mature specimens have gnarled, flaking bark and characterful stems. The small yellow flowers are held in umbels on leafless stems in February and March. These are followed by glossy red, oblong fruits which are harvested in their native homeland of Europe and western Asia to produce jams and to flavour vodka. It is closely allied to the Japanese and Korean C. officinalis, though lacks rusty-coloured patches beneath the leaves, has fewer leaf veins, and tends to be slightly later flowering.