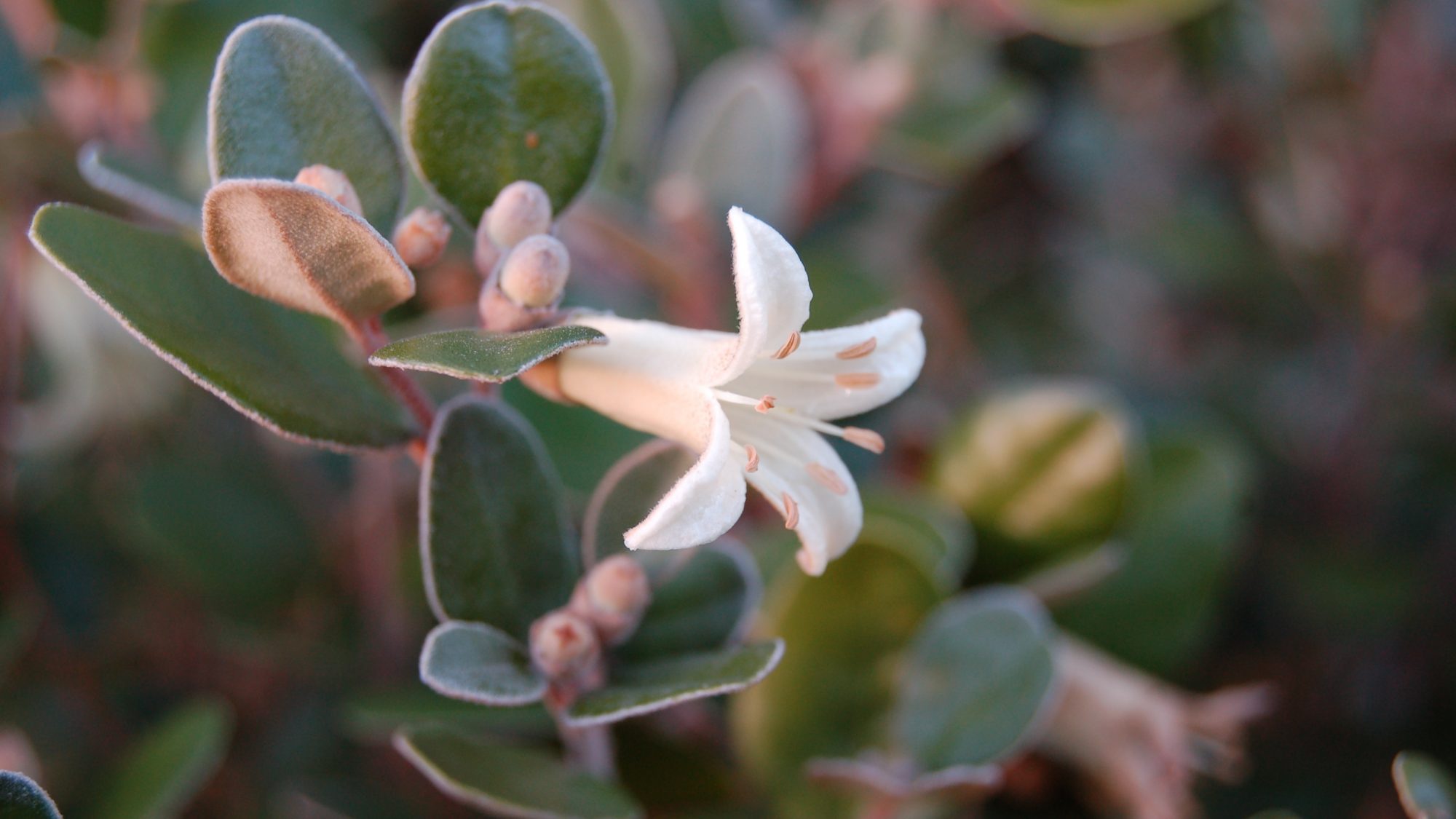 This attractive shrub is displaying its showy blooms in front of the Continents Apart House.

Named in honour of the Portuguese botanist José Francesco Correa da Serra (17571-1823) the genus Correa contains 20 species of Australian shrubs and small trees from scrub and woodland habitats. Members of the genus have opposite leaves with star-shaped hairs, and emit a scent when bruised. The flowers are four-lobed and have a funnel-shaped corolla. All enjoy a sheltered position in the gardens of the United Kingdom. Correa backhouseana is a dense shrub which can grow to 2m tall. The leaves have a dark green upper surface, and a rusty down on the lower surface. It produces tubular cream flowers with eight protruding stamens, and these are usually held in clusters from late autumn until spring.