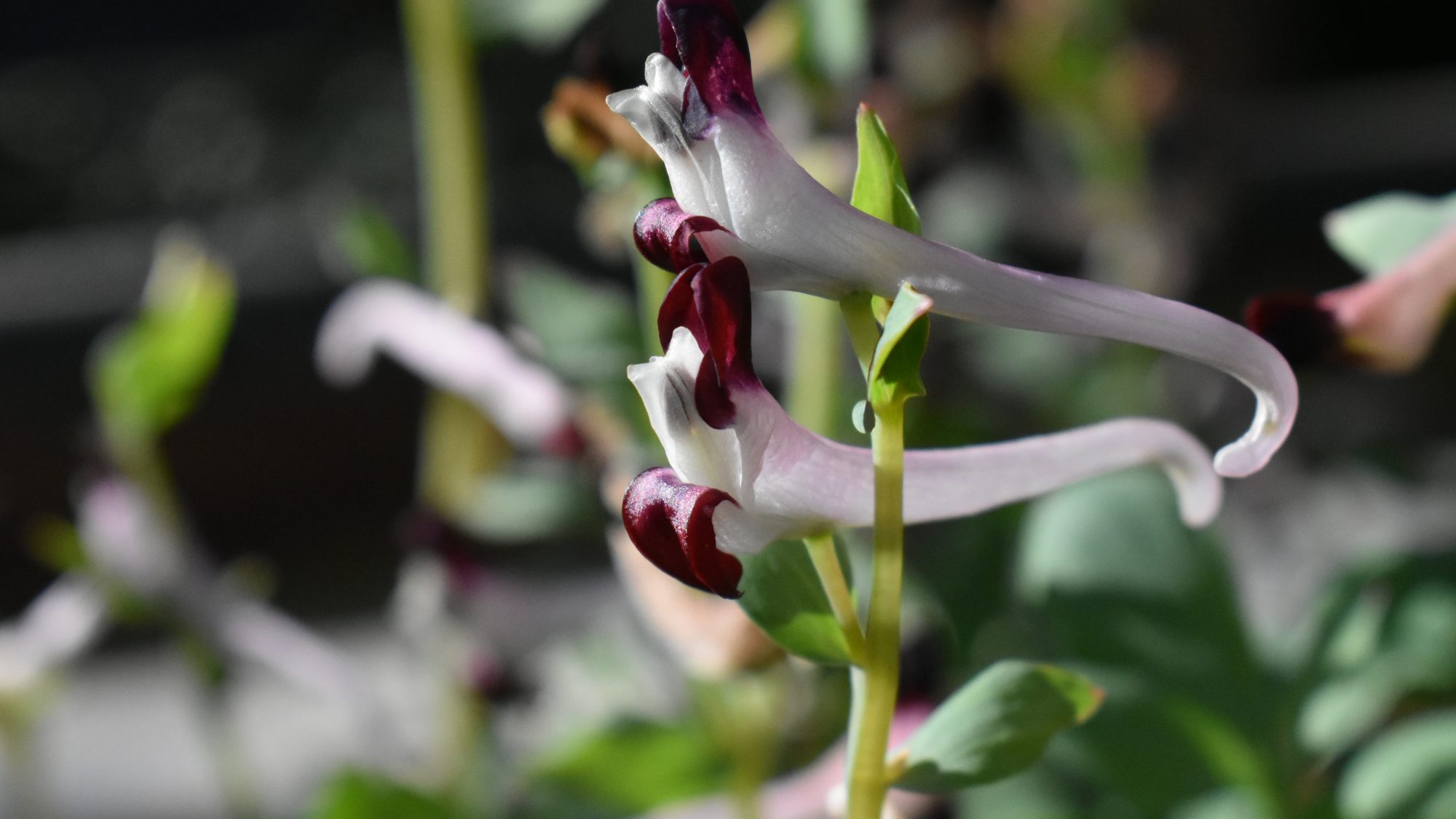 This tuberous perennial is gracing the Mountains House with its bi-coloured blooms.

A member of the poppy family (Papaveraceae), the genus Corydalis contains approximately 300 species of fibrous, fleshy, tuberous or rhizomatous annuals and perennials from temperate woodland and mountainous zones. The genus takes its name from the Greek korydalis, which is the name of the crested lark, whose head the flowers of Corydalis are said to resemble. All members of the genus have basal, opposite or alternate leaves, and divided leaflets, which are often glaucous with a fern-like appearance. The tubular flowers are usually borne in terminal racemes and have four petals, with an outer pair having a spur and reflexed tips, while the inner pair are incurved and hide the stamens. Corydalis ledebouriana is a tuberous species which occurs in scrub and rocky terrain of Afghanistan, China, Kazakhstan and Kyrgyrstan. It has small, lobed foliage and up to ten pale flowers with a deep wine-coloured lip and a curled spur. C. ledebouriana resents summer wet, preferring cultivation in a bulb frame or alpine house, where it can be protected from excess moisture and given well-drained compost.