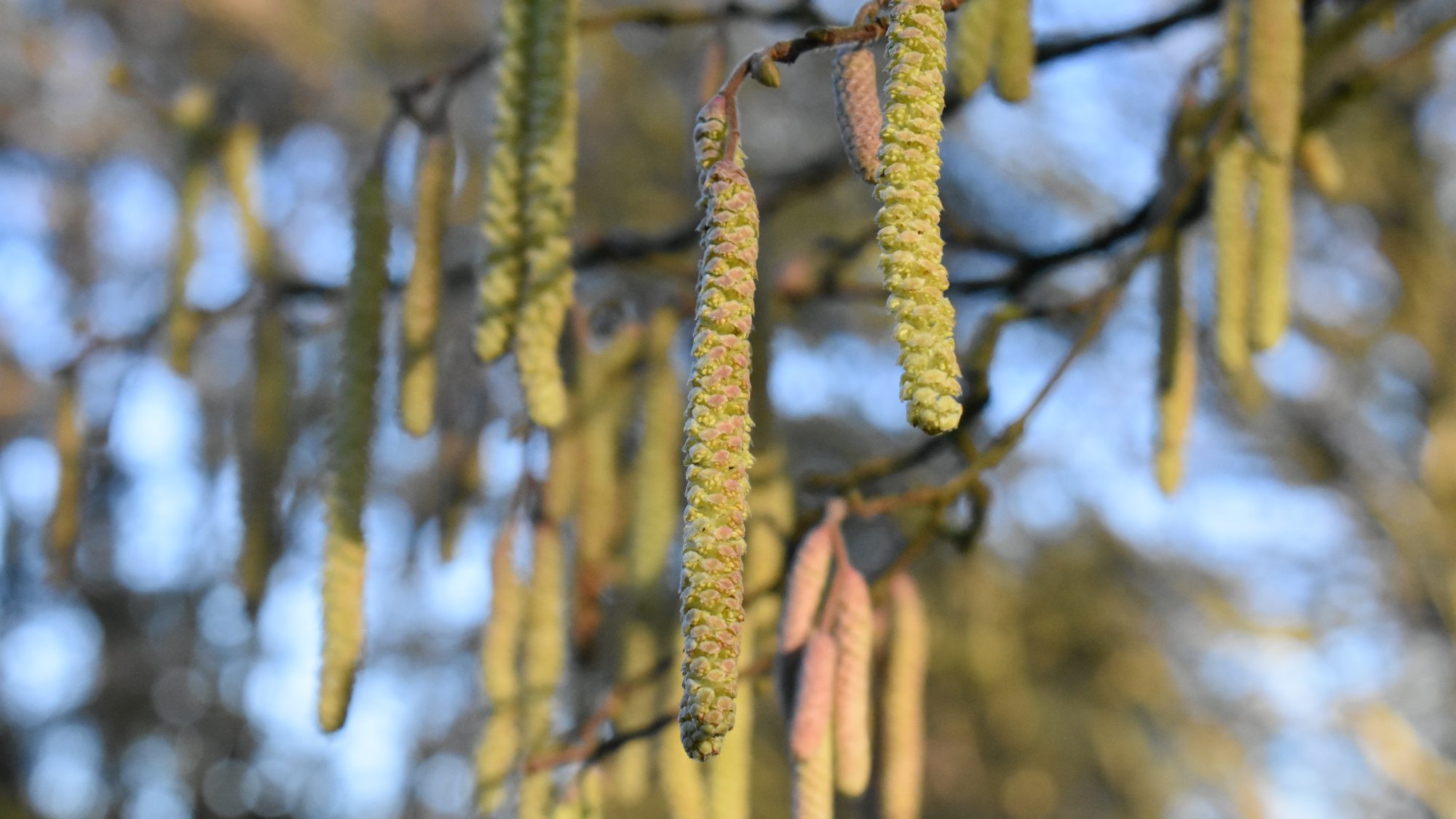 This seldom grown hazel is dripping with pendent male catkins alongside the Middle Walk.

The hazel genus (Corylus) is a member of the Betulaceae, or birch family, and numbers approx. 15 species of deciduous trees and shrubs from the northern hemisphere. All species are hardy, and are generally easy to grow, preferring sun or shade, and chalky soils. The most familiar species is the native hazel, Corylus avellana, which also occurs throughout Europe and Turkey. It can reach 12m in height, though is often managed as a coppiced species in woodlands, and the poles and twigs used for hurdles and plant supports. The lightly toothed leaves have a downy underside, making them soft to the touch, oil-rich seeds held in husks are produced in autumn, and attractive, soft yellow, male catkins up to 6cm in length are borne in winter. There are several selections of C. avellana, with one of the most widely grown being the corkscrew hazel C. avellana ‘Contorta’. C. avellana ‘Schizochlamys’ is less familiar, and is distinct in having a clearly dissected involucre (whorl of bracts) in which the nuts sit.