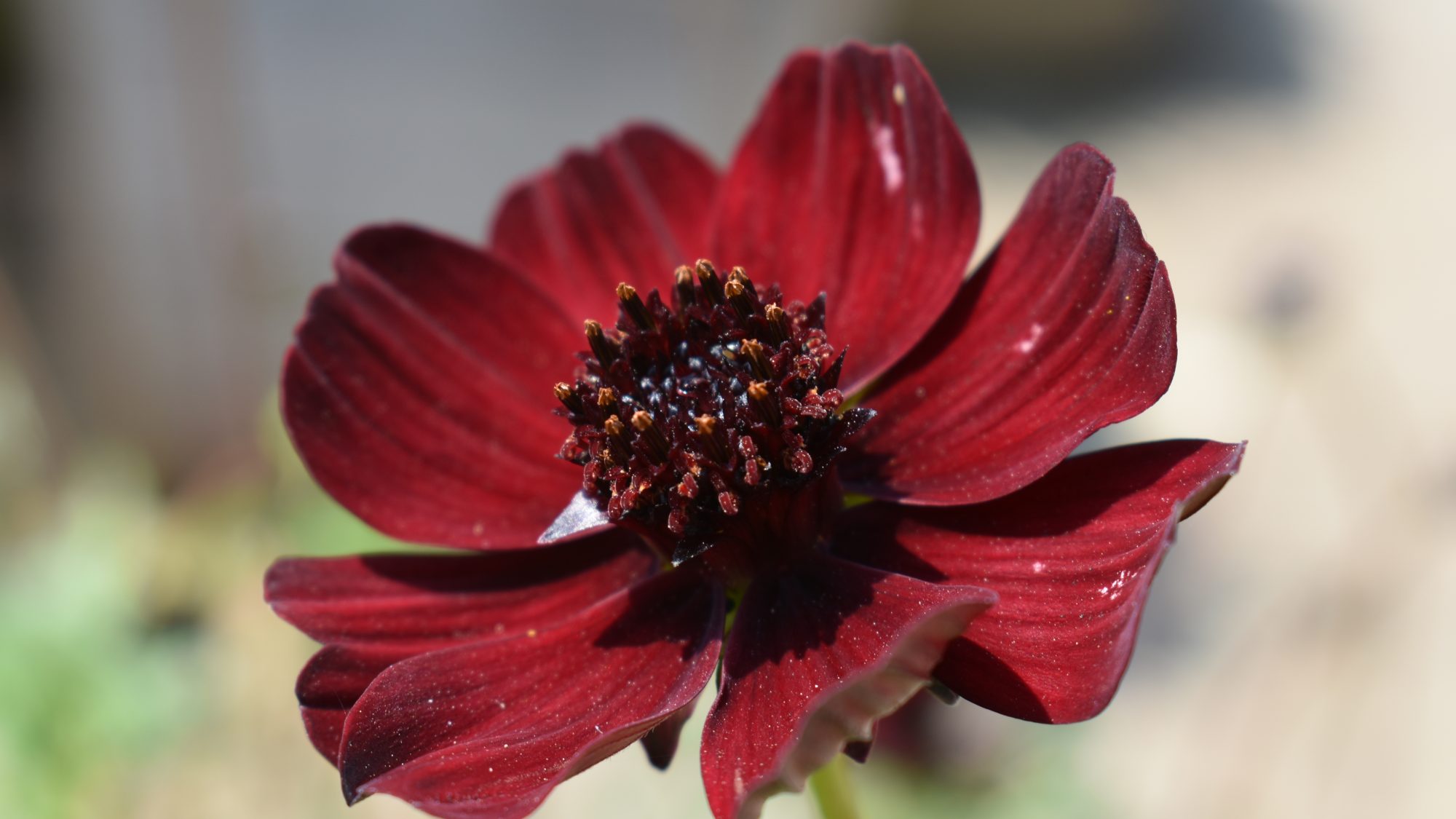 It’s that time of year when daisies take centre stage, and although subtle, this one in the Scented Garden is a real show-stopper.

Flowering from midsummer into autumn, the chocolate cosmos, Cosmos atrosanguineus, is an absolute gem. An erect, tuberous perennial growing to 60cm, it has pinnate leaves, toothed leaflets, and dark stems. The deep maroon, cup-shaped flowers have a sumptuous velvety texture, and a delicate chocolate scent. A native of Mexico, it enjoys a sunny, well-drained position and is best treated as a tender perennial, being lifted and grown under glass over winter. It is nectar and pollen rich, and is attractive to a range of pollinators. William Hooker described this species in 1861 from an 1860 collection by Benedict Roezl from Hidalgo, Mexico. It was long believed to be extinct in the wild, but a research project of 2014 confirmed that populations exist in mixed pine and oak forest at altitudes between 1800m and 2450m in the Mexican states of Guanajuato, Querétaro and San Luis Potosí.