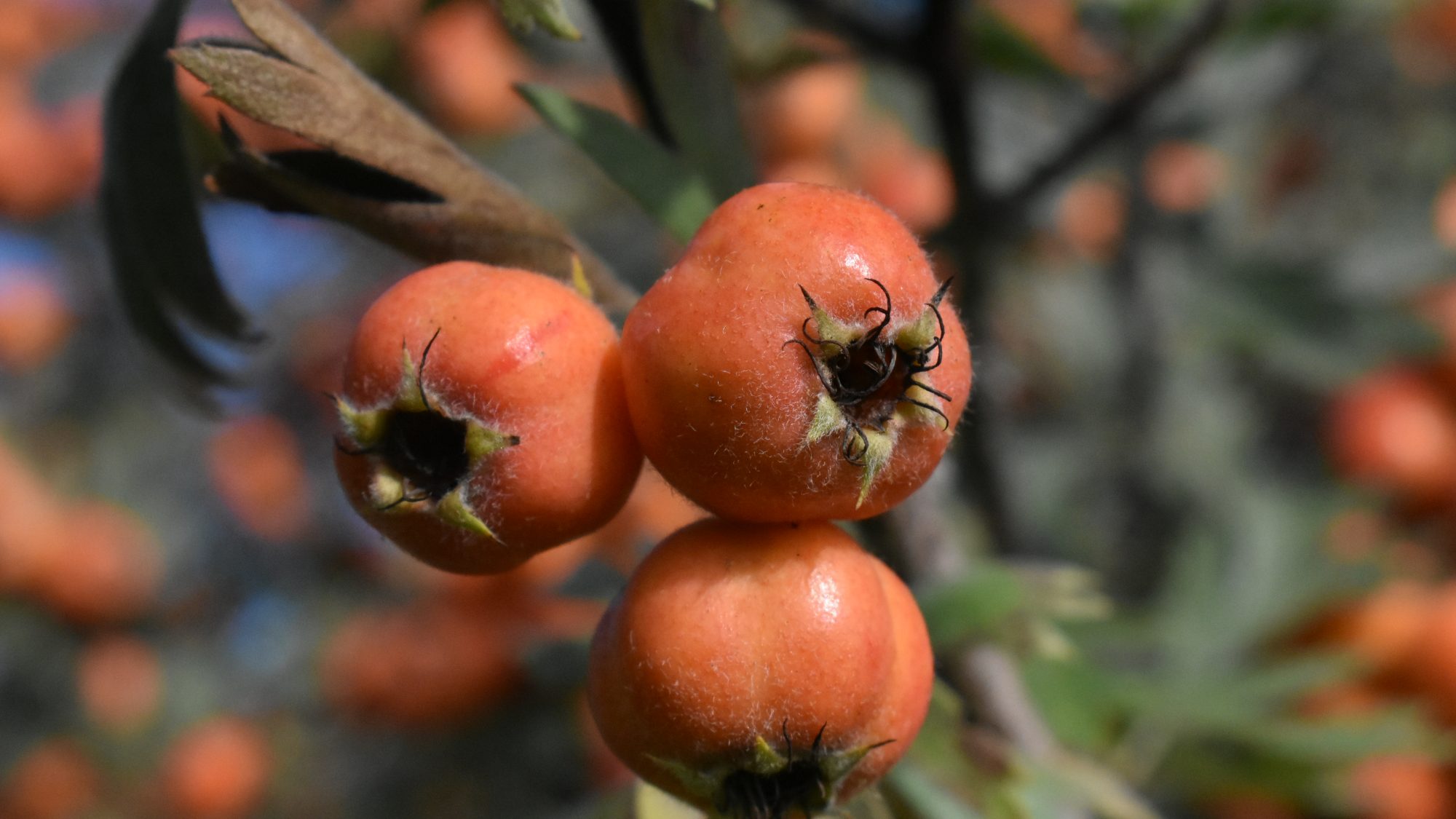 The fruit-laden boughs of this small tree are bringing seasonal interest to the Dry Garden.

A native of Africa and Asia, Crataegus laciniata (or cutleaf hawthorn) grows in mountain thickets and on rocky slopes, and is well-suited to cultivation in the Dry Garden. It is one of 200 species of mainly thorny, deciduous or semi-evergreen trees and shrubs from the northern hemisphere, whose generic name Crataegus means strong, in reference to the wood. A member of the rose family (Rosaceae) all species bear white or pink five-petalled, cup-shaped flowers, and fleshy fruits. C. laciniata can reach 6m in height. The young branches are initially covered in white hairs, and tend to be pendulous at their ends. The fringed (laciniate) leaves are downy on both surfaces, and the upper surface is darker in colour. Corymbs of white flowers are borne in June and orange-red fruits are produced in late summer and autumn, and these, and the calyces, are also covered in fine down.