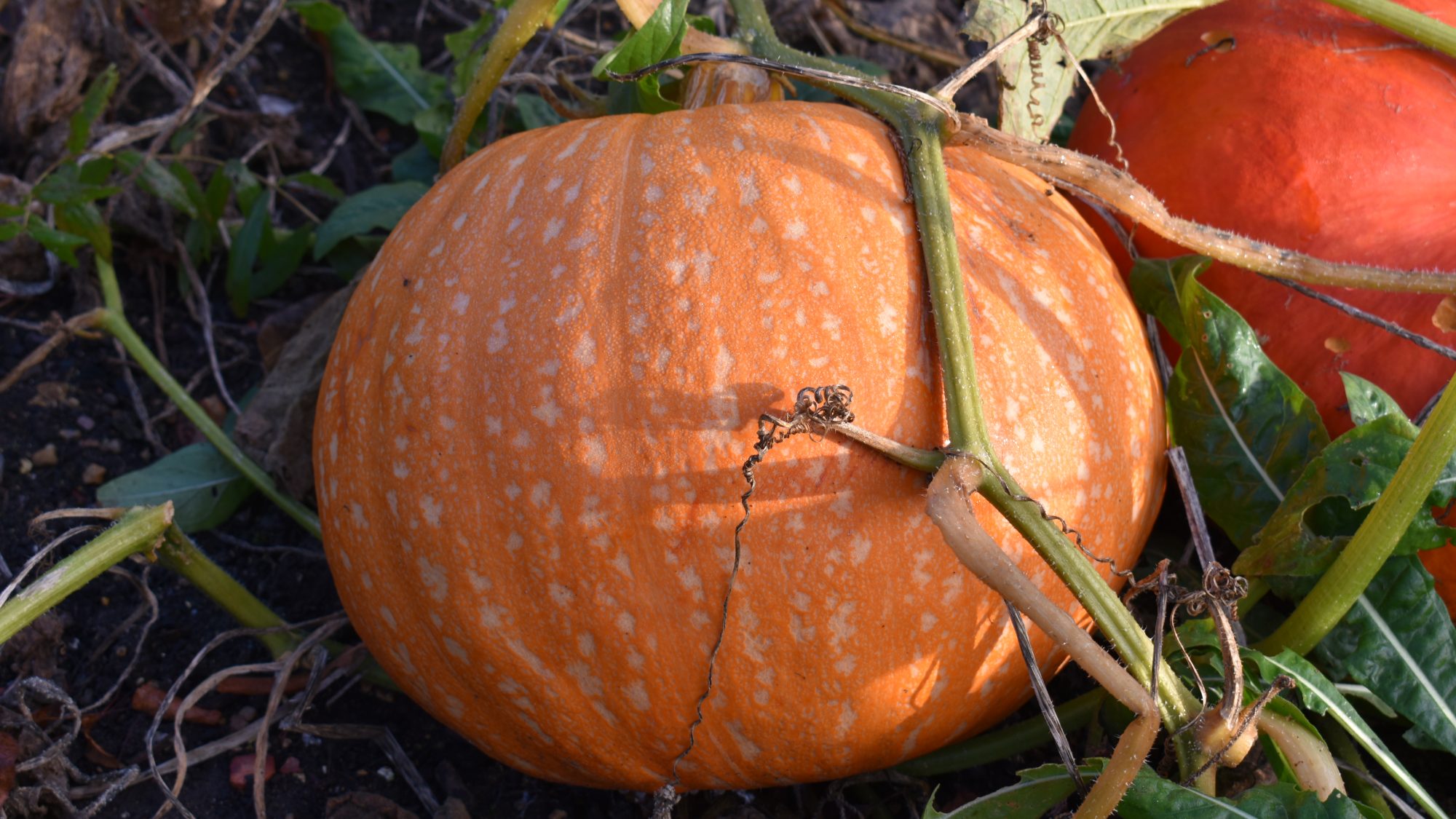 Pumpkins are bringing a hint of Halloween to the Systematic Beds.

The pumpkin (Cucurbita pepo) originates from the southern United States, and has been grown as a domesticated vegetable for 9000 years. Throughout the centuries it has been extensively bred to produce marrows, courgettes, vegetable spaghetti, squashes and pumpkins. Belonging to the cucumber family (Cucurbitaceae),  Cucurbita pepo thrives in nutrient-rich soil in a sunny, warm position. Today a great range of pumpkin cultivars are available to meet demand for flavour, size, yield and ornamental value. The pumpkin has long been associated with Halloween, and the name Jack-o-lantern, which is given to carved out pumpkins, commemorates ‘Stingy Jack’ who drank with the devil and later carved a cross in a tree to prevent the devil’s return.