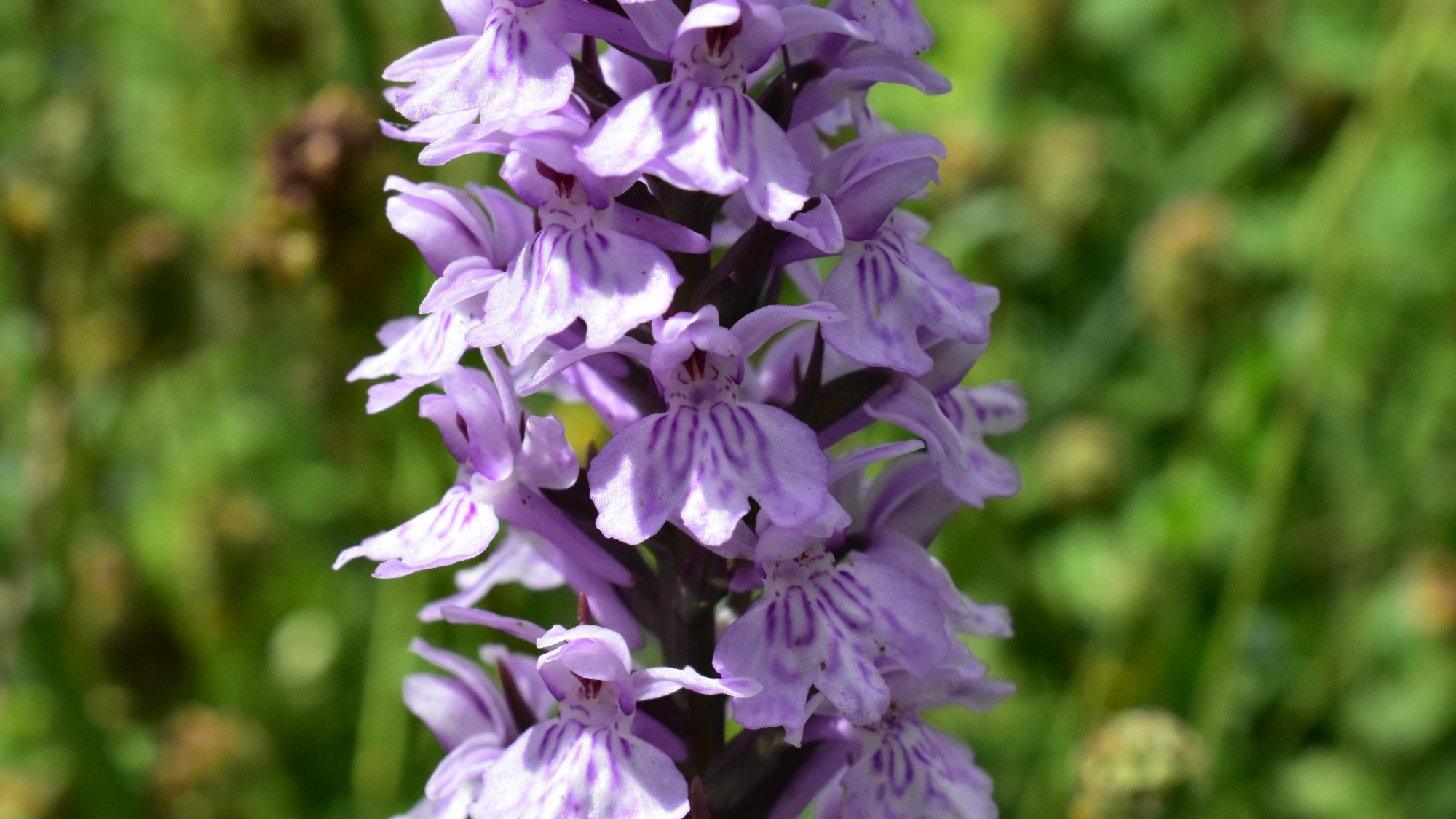 This hardy orchid is flourishing on the chalk grassland area of the Ecological Mound.

The orchid family is the largest of the flowering plant families, comprising over 20,000 species of terrestrial and epiphytic orchids from around the world. Approximately 50 species of hardy, terrestrial perennials are native to the United Kingdom, including this one. Dactylorhiza fuchsii, or the common spotted orchid, is widespread throughout the United Kingdom, occurring in damp woods, meadows, marshes and fens with alkaline soils. The erect stem can reach 60cm in height, and it has lance-shaped leaves, which may be spotted. The individual flowers have three upper tepals, which form a hood; a broad, lower labellum (lip), which is tri-lobed; and a spur; and the flowers vary naturally in colour from white to rose-pink. D. fuchsii was first described in 1914 from a population in Kent, and was named after Professor Leonard Fuchs, an eminent sixteenth-century German botanist.