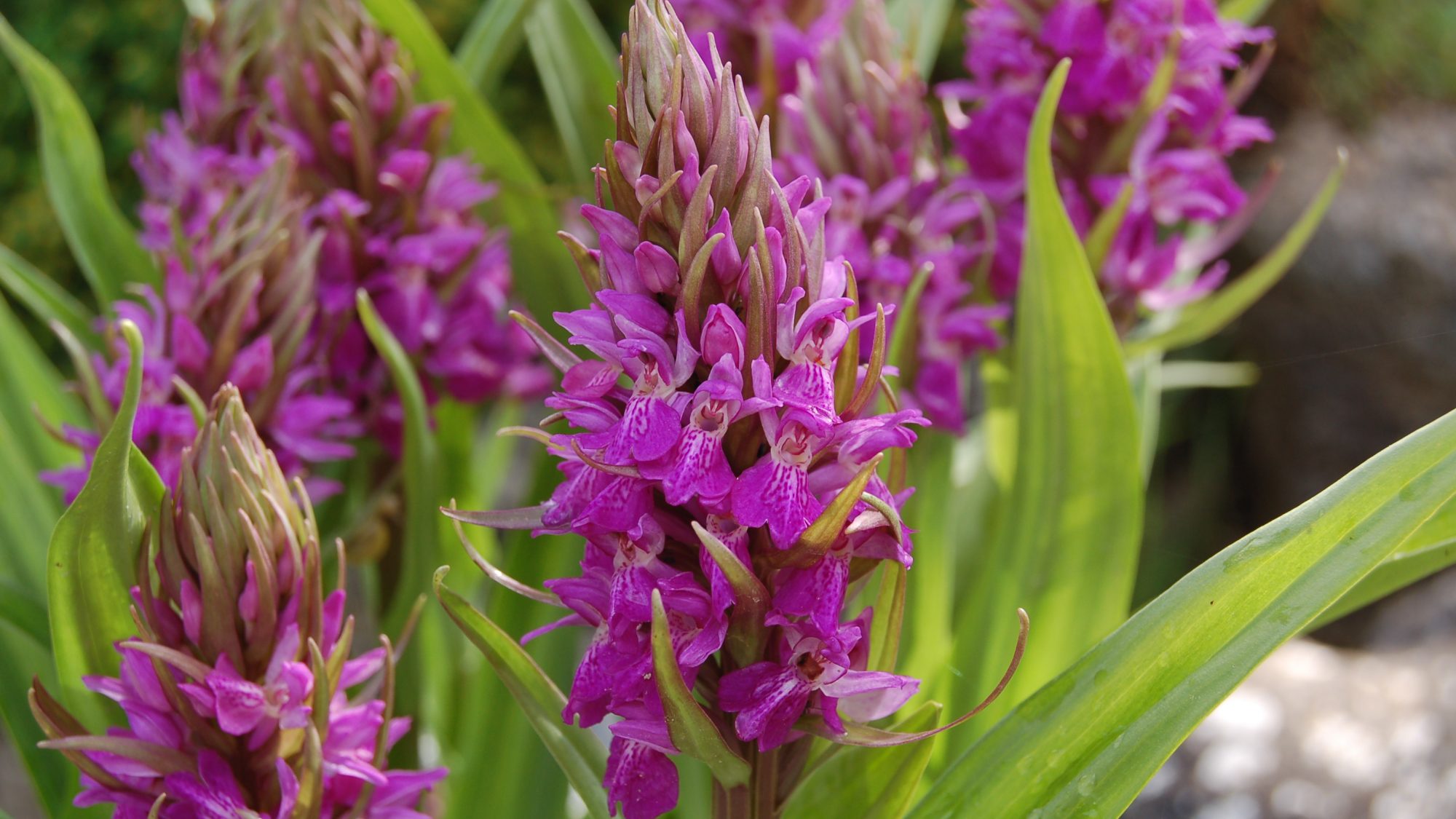 This native orchid can be found growing alongside the stream on the Limestone Rock Garden.

Dactylorhiza praetermissa, or the southern marsh-orchid, occurs on calcareous soils in meadows, riversides, and even on sand dunes throughout southern England, though it also occurs on the Atlantic coastlines of northern European countries. It is highly variable in colour, ranging from pale pink to magenta, and the leaves are generally unmarked.  Usually reaching 30 – 50cm in height, it can grow up to 70cm. It was first recognised as a distinct species in 1914. It is similar in appearance to Dactylorhiza purpurella, and it will readily hybridise with other species of Dactylorhiza, making positive identification of this species difficult.