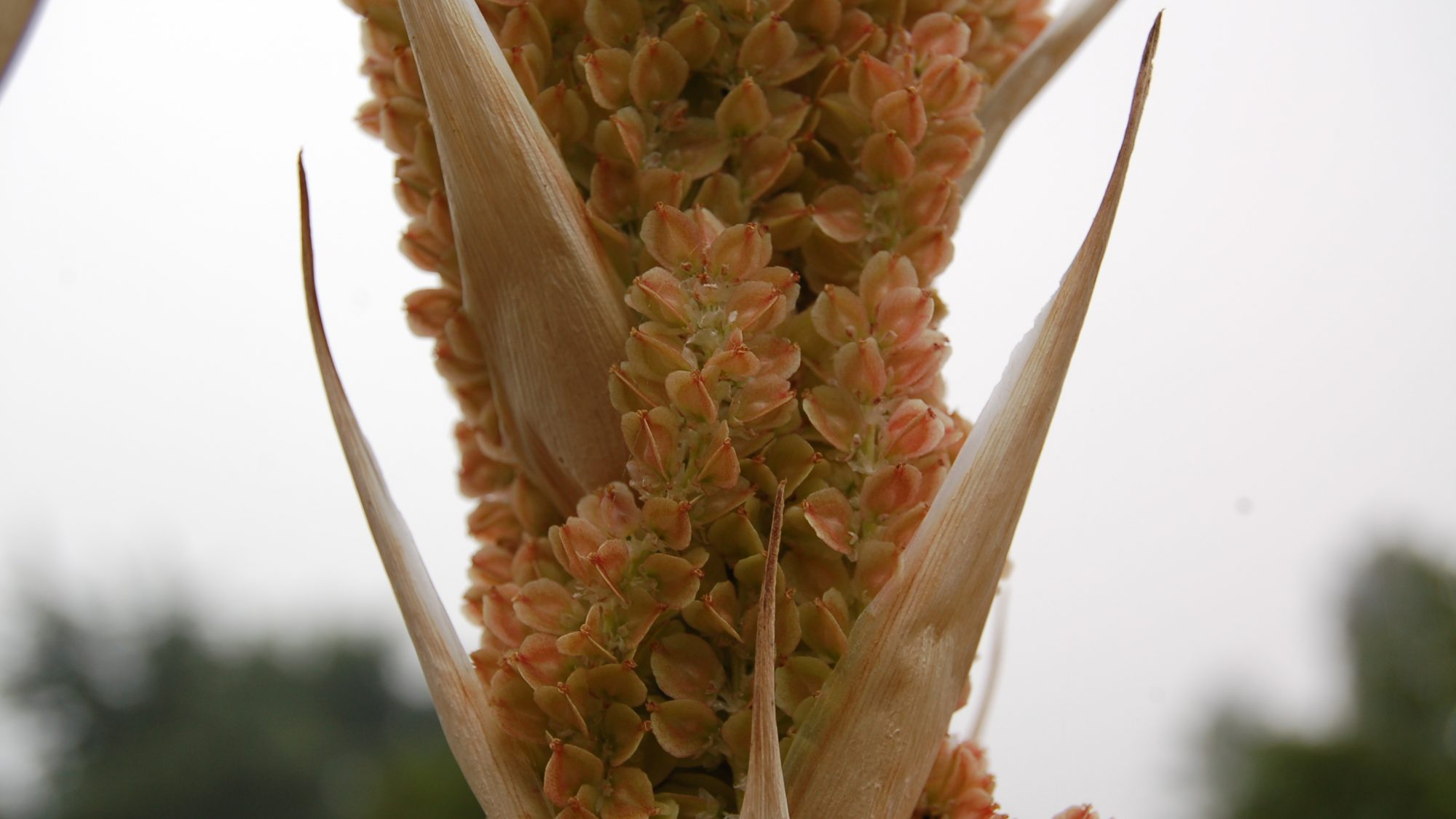 The towering flower spike of this architectural plant is full of bud.

A native of Mexico, Dasylirion acrotrichum is a xerophyte, having adapted to survive in areas of low rainfall, and occurring in upland deserts such as the Chihuahan Desert, where temperatures can drop as low as −7 °C. Here it is sheltered from excessively low temperatures by the neighbouring glasshouses, but it would struggle with our winter wet, so we erect a canopy over winter to prevent the species grown in this Bay from rotting. D. acrotrichum is a slow-growing, erect perennial with a caulescent stem (above ground) whose narrow leaf blades have saw-like teeth along their margins. The leaves also have a spoon-like base, which native Americans used as such, giving rise to the common name great desert spoon. Currently standing at approximately 4m, the flower stem is bearing numerous clusters of buds along its length, each emerging from beneath a papery bract. The genus Dasylirion is now placed within the asparagus family, Asparagaceae, having previously been considered a member of the bromeliad family, Bromeliaceae.