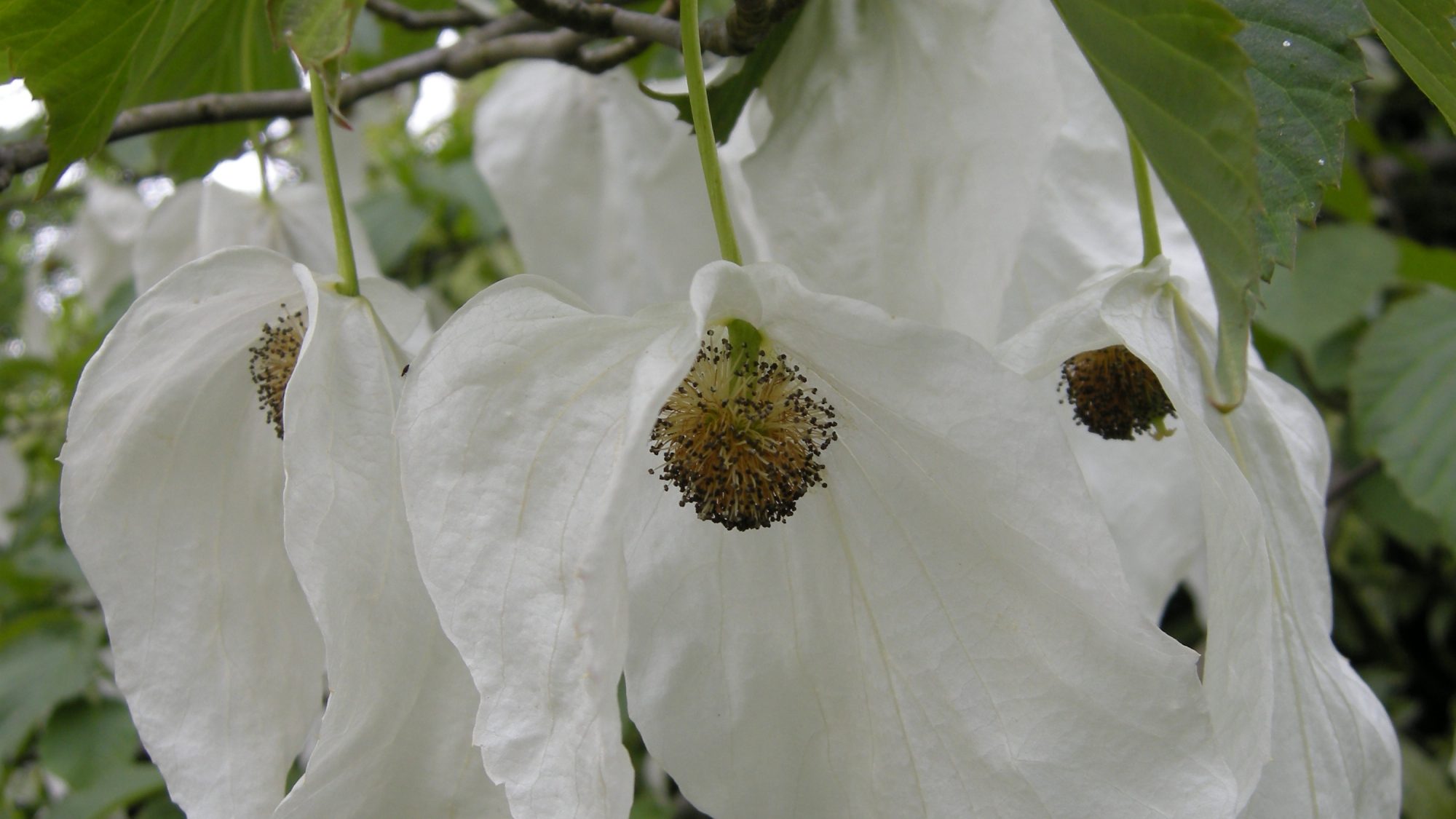 The handkerchief tree is dripping with pendent inflorescences in the Woodland Garden.

A native of western Sichuan and western Hupeh, China, Davidia involucrata was first discovered in 1869 by Abbé Armand David, a French missionary. It was only introduced to our gardens following collection of seed by Ernest Wilson in 1904, with the variety vilmoriniana being introduced in 1897, following collection by another French missionary, Farges. The straight species D. involucrata differs from var. vilmoriniana in having more hair on the upper leaf surface, while the lower surface is downy. The spherical flower heads appear in late April and early May, though it is the pair of unequal bracts which subtend the inflorescence which are the distinguishing feature. These hang from the tree to great effect in handkerchief-like fashion. It is no surprise that Wilson considered this species to be ‘the most interesting and beautiful of all trees of the north-temperate flora’.  It is a real must-have if you have the space to accommodate it.