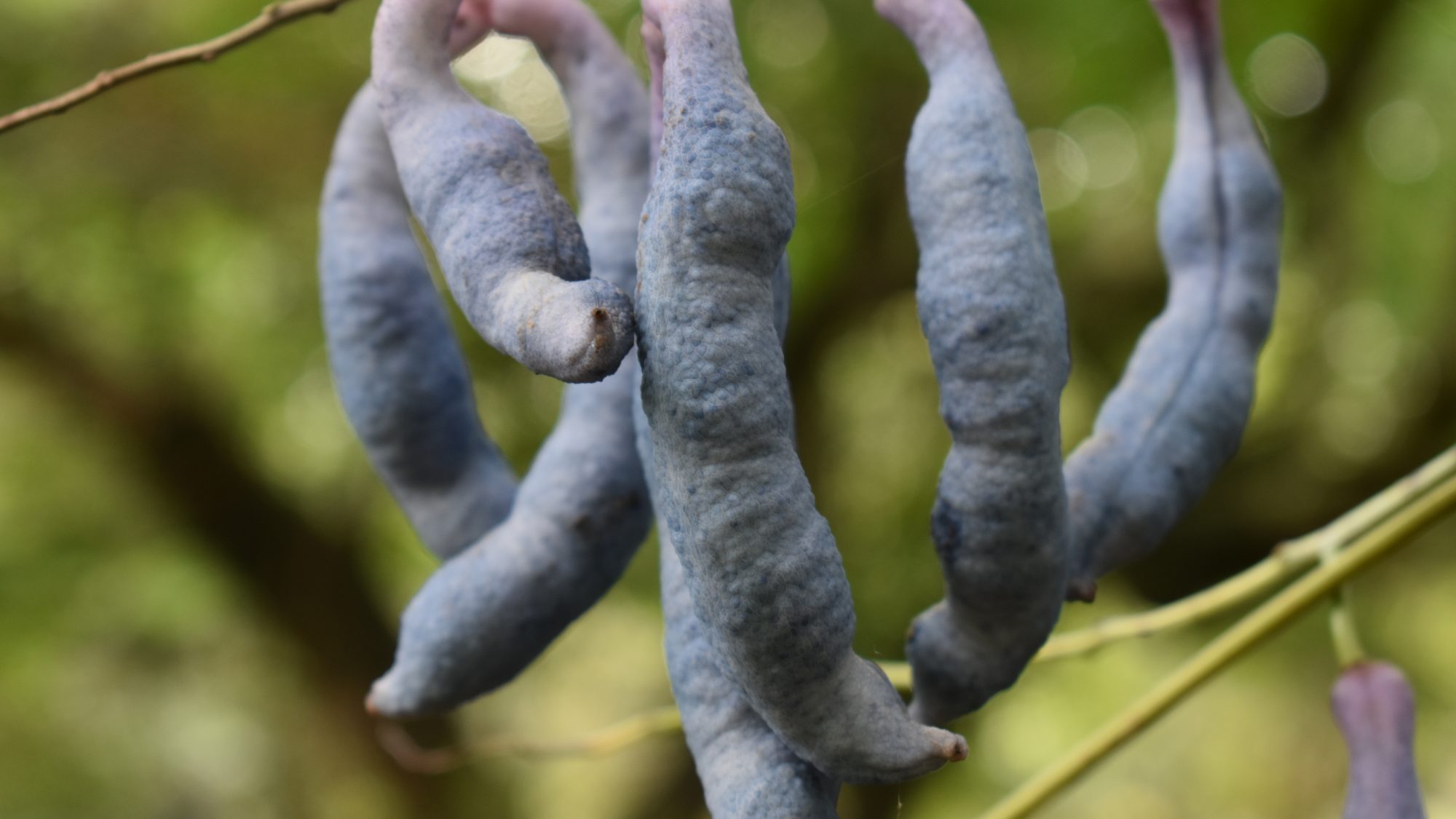 Nestled amongst the Asian plantings of the Woodland Garden, this shrub is displaying its curious-looking fruits.

Occurring from India to Myanmar, Decaisnea fargesii is one of only two species in this genus, which sits within the tropical family Lardizabalaceae. Growing to 6m it is an erect woody shrub, unlike many members of the family which are twining climbers. It has alternately pinnate leaves whose individual leaflets are up to 15cm long and are borne in pairs. In early summer it produces slender panicles of campanulate (bell-shaped) flowers of a subtle pale green-yellow colour. These are followed by clusters of cylindrical, soft, fleshy seed pods of blue-purple, for which it has been attributed the common name of dead man’s fingers. The generic name commemorates the Belgian botanist Joseph Decaisne, while the specific name honours the French missionary Père Paul Guillaume Farges who first introduced it into cultivation in 1895.