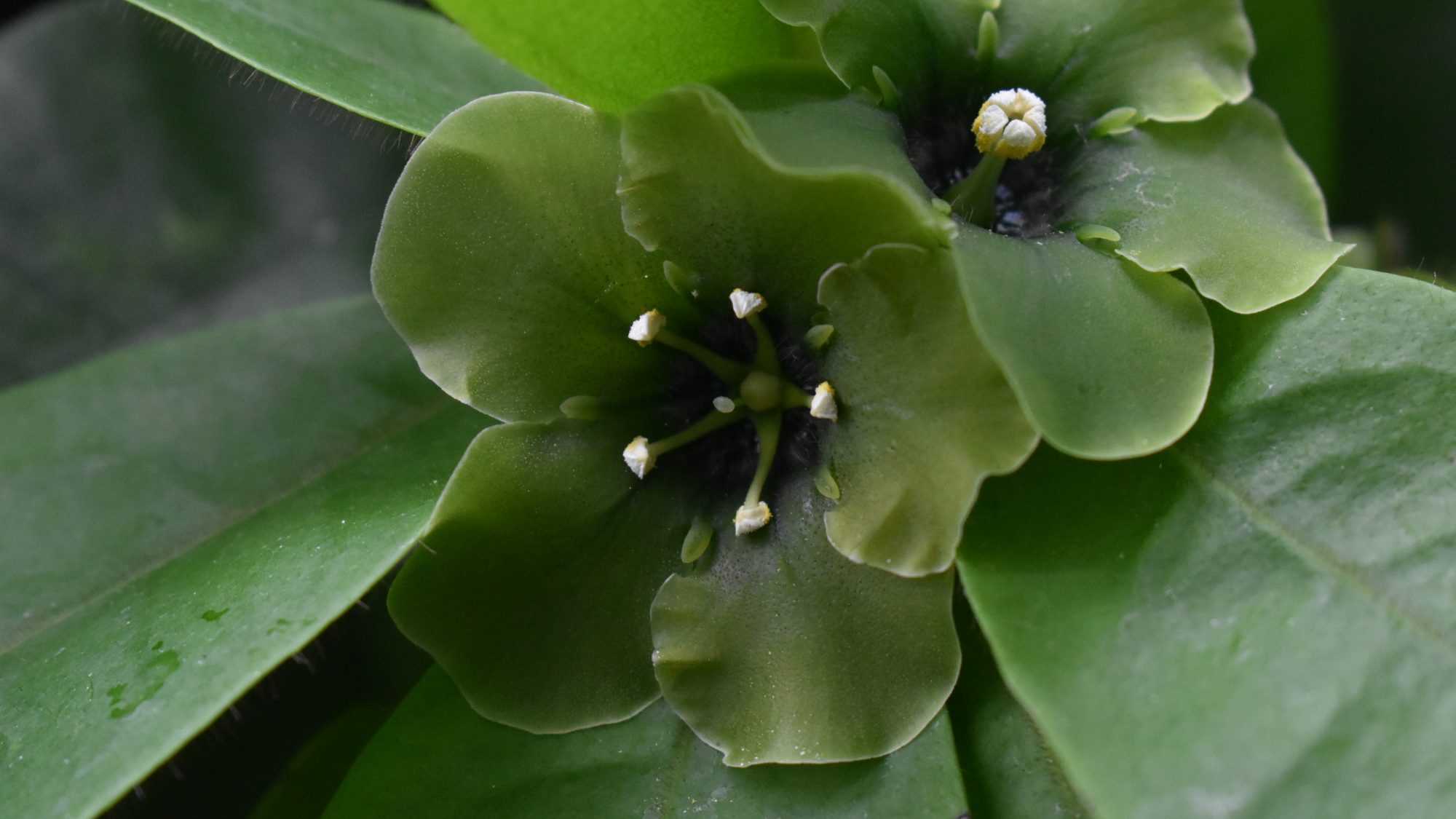 The flowers of this shrub are easily overlooked in the West Tropics House.

Named in honour of the nineteenth century plant physiologist Pierre Paul Dehérain, this woody member of the Primulaceae (primula family) bears open, five-petalled, green flowers which sit inconspicuously amongst the foliage. It is from these blooms that the species name smaragdina is derived, which is Greek for emerald. While curious in colour it is for the fragrance of these flowers that  Deherainia smaragdina is best known, and for those brave enough to have a sniff it is evident why this species is commonly known as the dog mess flower. A native of Central America and Colombia D. smaragdina has evolved this unpleasant fragrance to attract pollinating carrion flies, which would otherwise be unattracted to the flowers.