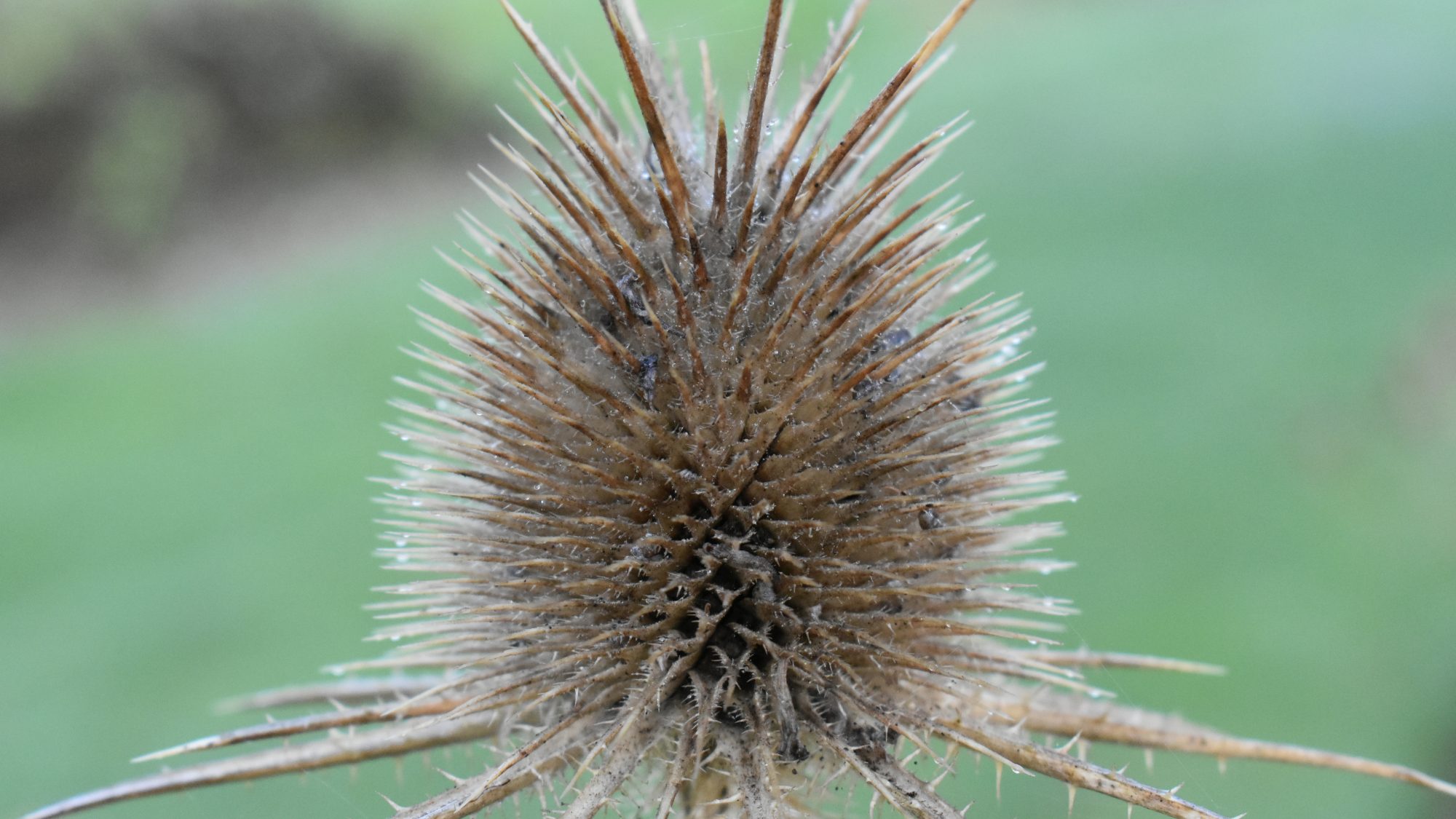 This relative of the familiar teasel is flowering on the Systematic Beds.

A native of Italy, Corsica and Sardinia this member of the Caprifoliaceae, or honeysuckle family, is one of 15 species within the genus Dipsacus. All members of the family are either biennials or short-lived perennials, and are prickly or hairy. They have toothed or cut leaves, the upper of which are stemless and clasp the stem in cup-like fashion, giving rise to the name Dipsacus, which is derived from the Greek for thirst, and refers to the water which is caught in this cup.  All produce cone-shaped flowers in their second year of growth, and these mature to produce dried teasels. Dipsacus ferox produces an erect stem to 1.8m tall from a basal rosette of fleshy, spined leaves. From June to August pale pink tubular flowers are produced in whorls around the flower head, while the skeletal seed heads provide winter interest. The specific name ferox means ferocious or thorny, and is appropriate for such a well-armed plant.