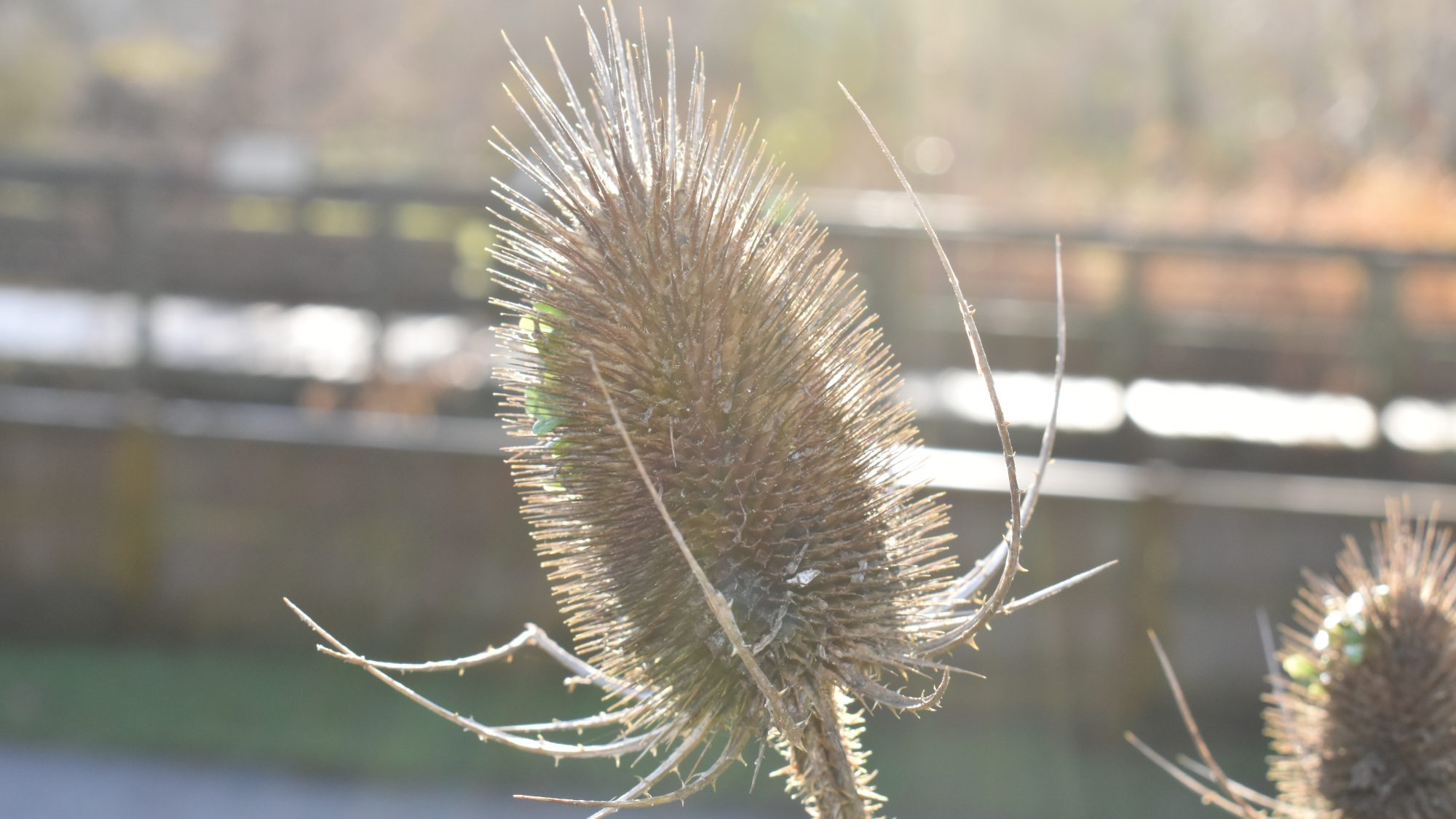 The intricate seed heads of the common teasel can be seen on the Ecological Mound and also beside the Fen Display.

This spiny perennial adds valuable interest to the garden in winter, when it’s intricate structure is exposed in it’s skeletal form. Though perhaps more widely admired in the winter months, Dipsacus fullonum, or the common teasel, is an attractive native species in summer, when the erect stems emerge bearing pairs of lance-shaped leaves. The cone-shaped teasels are formed in the second summer, and these have green ‘teasels’ which are covered in tiny pale pink flowers, usually borne in a ring around the supporting cone-like structure. A native of the British Isles Dipsacus fullonum occurs throughout Europe and Asia, and is one of 15 species of biennials and perennials from Europe, north Africa and Asia.