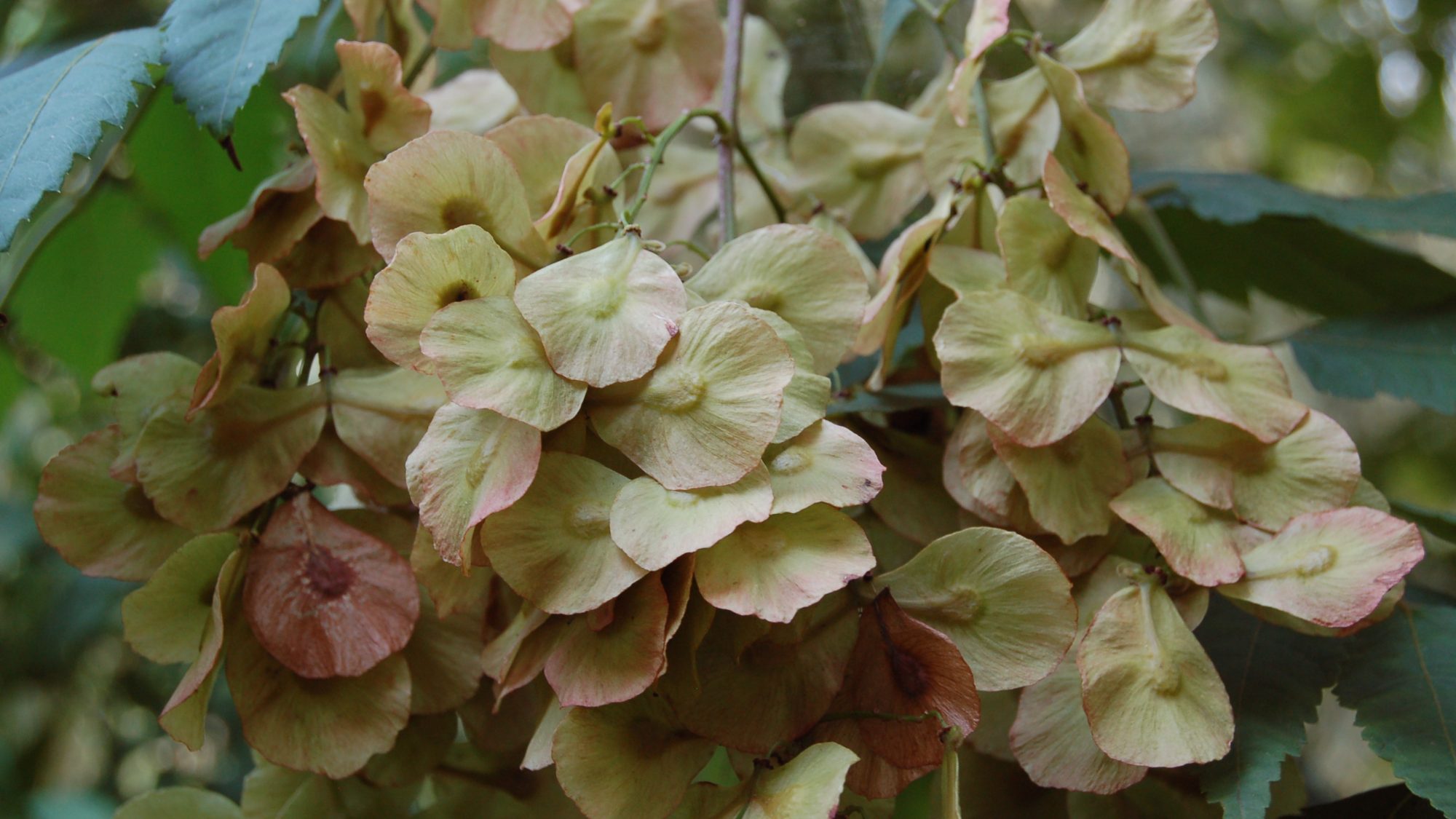 This unusual small tree is bearing clusters of flat, winged carpels in the Woodland Garden.

A rare tree originating from central China, Dipteronia sinensis is known in only a few locations in the wild and is considered to be under threat due to habitat destruction by the International Union for the Conservation of Nature (IUCN). It is a member of the Sapindaceae (soapberry family), which also contains the maples and chestnuts. It is distinct from these in having opposite pinnate leaves, whose leaflets are toothed, erect flower panicles, and flat, papery fruits, which take on a pink hue as they mature. Discovered in 1888 by Augustine Henry it was introduced to our gardens in about 1900 by Ernest Wilson for the Veitch Nursery and it remains a rarity in cultivation