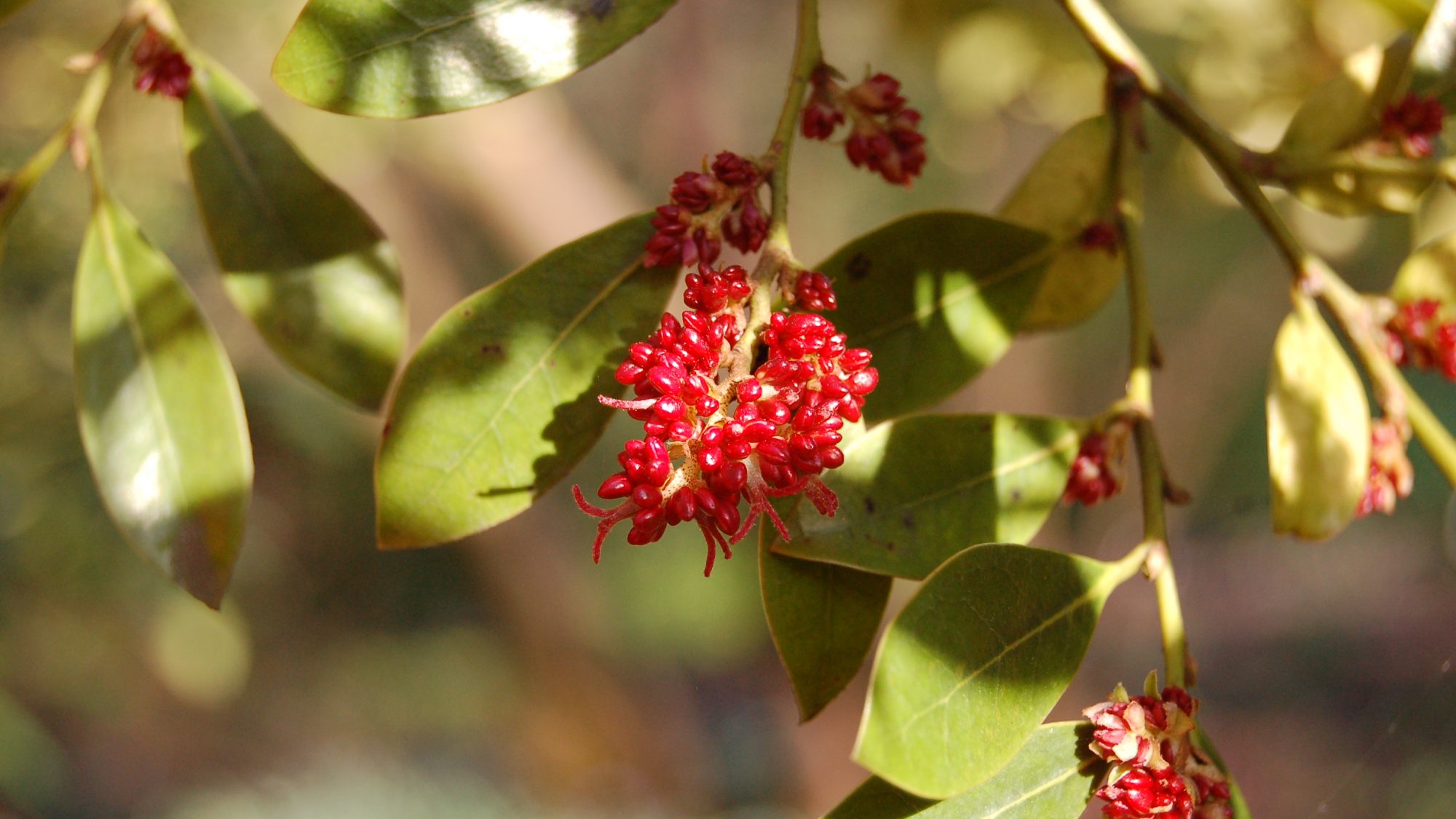 This unusual evergreen shrub is in full flower in the Woodland Garden.

A Japanese native, Distylium racemosum is an evergreen shrub growing to 3m in height and spread, and enjoying moist, humus-rich soil in partial shade. It has alternate leaves and produces small, indiscrete flowers held in erect racemes and consisting of a number of stamens but no petals, which is typical of the witch hazel family (Hamamelidaceae) to which it belongs. Approximately 7 species of evergreen trees and shrubs with alternate, obovate to lance-shaped leaves sit within the genus. Distylium takes its name from the two styles which remain attached to the semi-woody fruits, with dis being two, and stylos being style in Greek.