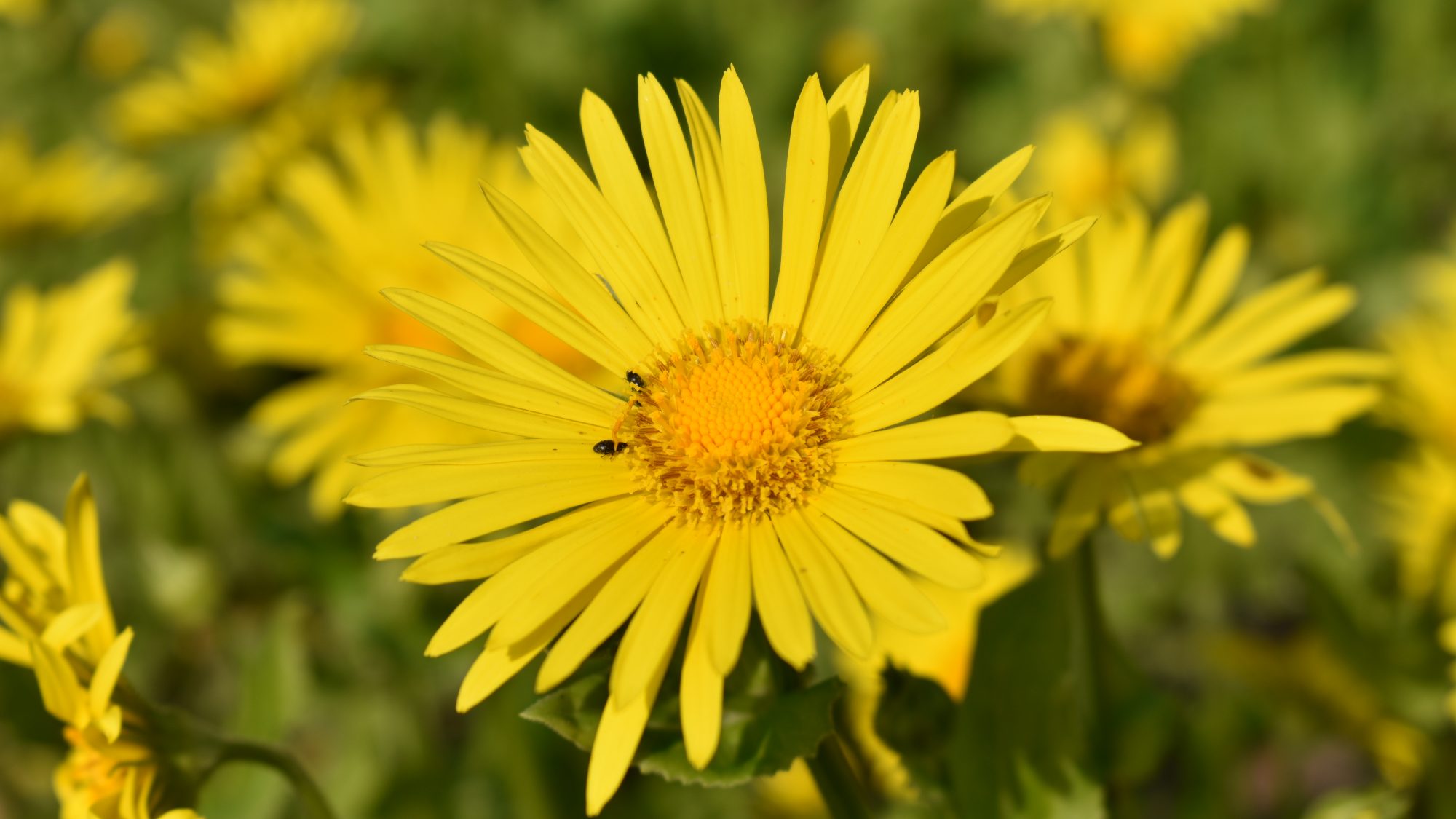 This early-flowering daisy brings brilliant colour to the Systematic Beds.

The daisy family (Asteraceae) is one of the largest flowering plant families, and contains herbaceous perennials, shrubs, climbers, aquatics and epiphytes from all areas of the world except Antarctica. Doronicum comprises approximately 35 species of deciduous perennials which occur in Europe and Asia. All have flowers typical of members of the Asteraceae, with a central disc floret comprising many small, individual flowers surrounded by numerous ray florets, which take the appearance of petals. Commonly referred to as leopard’s bane the genus was reputedly used to ward off wild beasts. Doronicum x willdenowii is a hybrid species which is regarded as an alien invasive species in northern Europe.