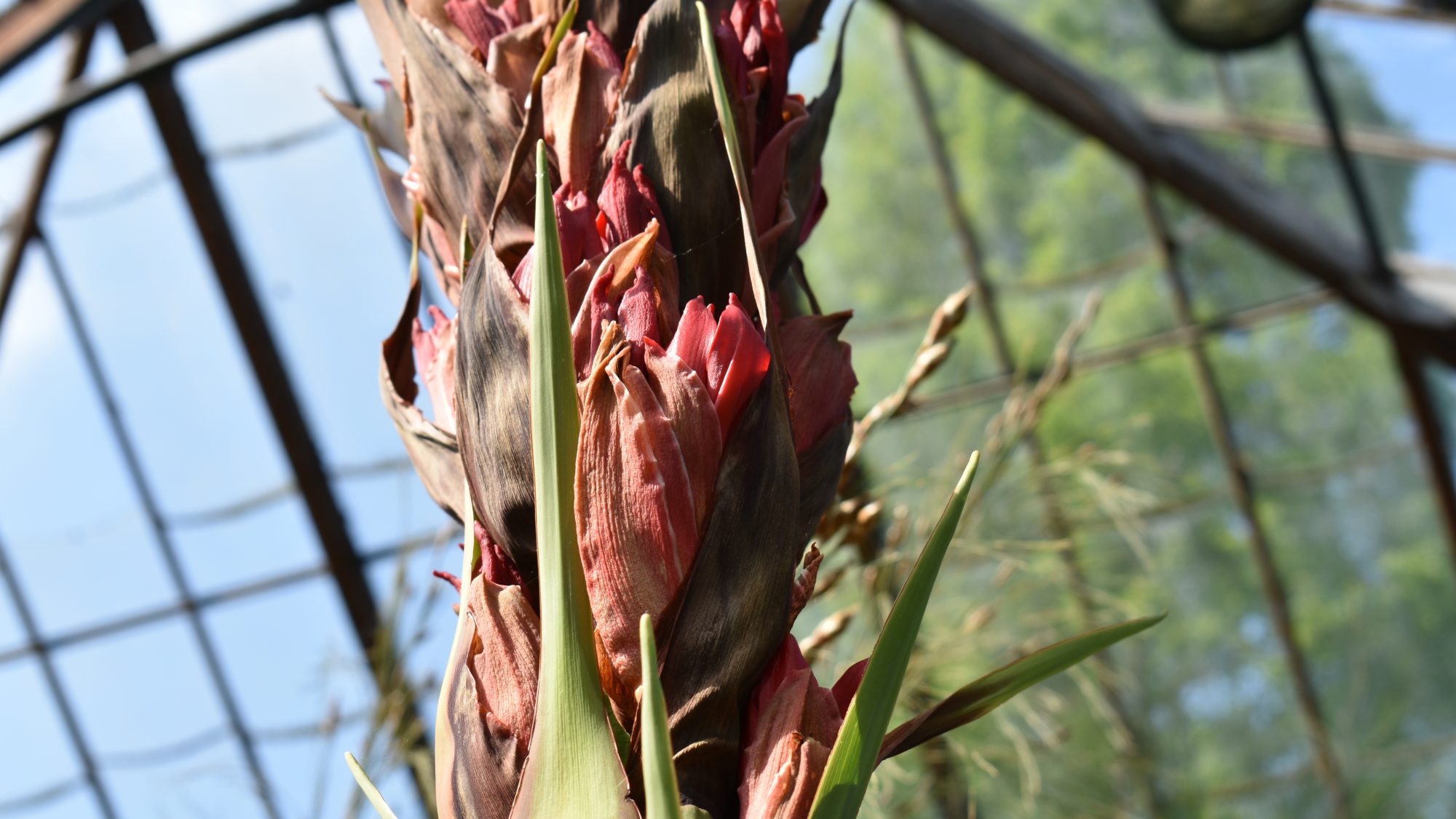 The unusual Gymea lily is showing scarlet flowers in the Continents Apart House.

The Gymea lily, Doryanthes excelsa, began to develop a flower spike in summer 2019. After months of waiting it is now producing an erect raceme of many  tubular, scarlet flowers which emerge from papery bracts. Each flower contains a sweet, viscose liquid which attracts pollinators to ensure fertilisation. The flowering raceme can reach 5m in height and emerges from a basal rosette of succulent, lance-shaped foliage. One of two species in the genus Doryanthes, this is a native of Australia, where it grows in open coastal Eucalyptus forests of New South Wales. Doryanthes takes its name from the Greek doratos, meaning spear, and anthos meaning flower, while the specific name excelsa comes from the Latin excelsus meaning tall.