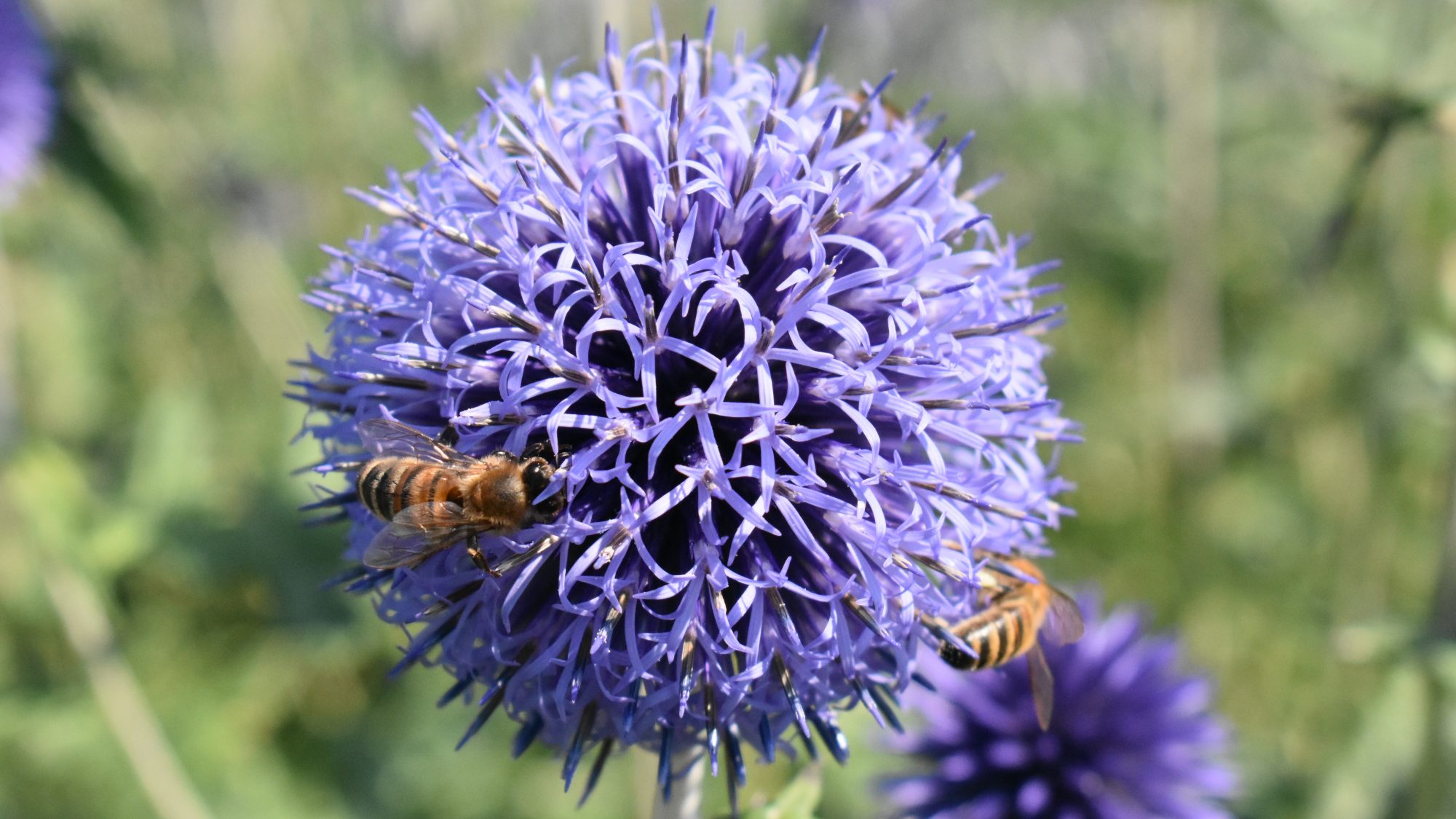 This familiar species is displaying steely flowerheads on the Systematic Beds.

A favourite of many, Echinops ritro is one of approximately 120 species of perennials, biennials and annuals from hot, stony slopes and grasslands of central and southern Europe, central Asia, India and Africa. This species has a  natural distribution from southern, central, and south-eastern Europe, and central Asia. It has a compact habit, growing to 1m in height, and has erect stems with stiff, spiny leaves, which are dark green and cobwebby above, and have a downy lower surface. Spherical flower heads, which earn the genus the name ‘globe thistle’, have a metallic sheen early in the season, which pales into the background when the bright blue, individual florets open. This is a relatively easy plant for the garden, which does well in dry, well-drained conditions.