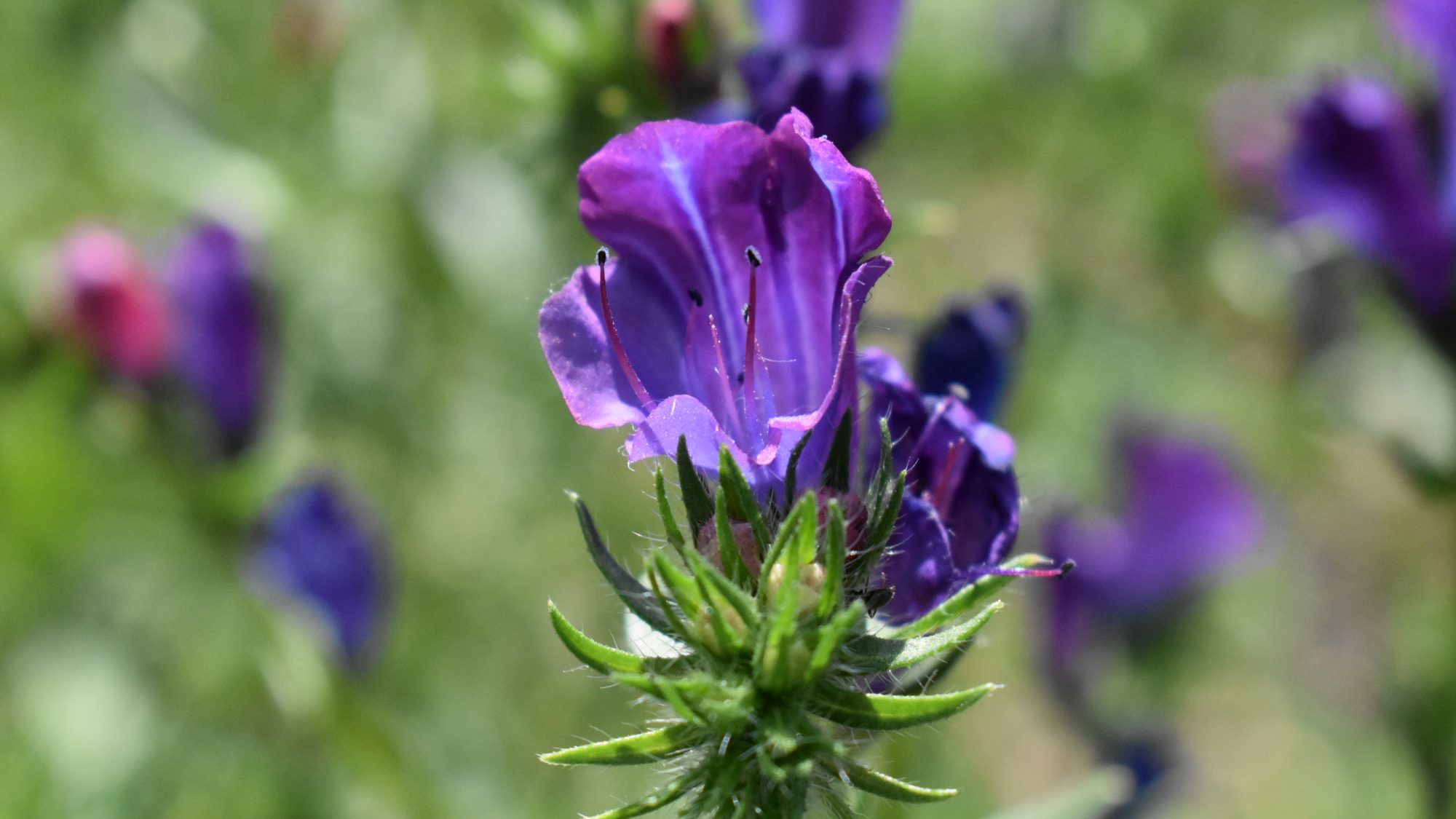 The intensely coloured flowers of the purple viper’s bugloss can be admired on the Chronological Bed.

An attractive biennial, Echium plantagineum occurs throughout western Europe, and while it may occasionally be found in the United Kingdom, it is considered to be a casual, naturalised species, rather than a native, having first been introduced to gardens of the United Kingdom between 1651 and 1670. As is typical of members of the borage family (Boraginaceae), its leaves and stems are densely hairy, almost bristly. Growing to 60cm it has erect or spreading branches, and a lipped flower with a wide throat and 2 projecting stamens. The vibrant flowers may take on a reddish hue. E. plantagineum is a relatively easy species to grow from seed, but it requires well-drained soils in sun to thrive.