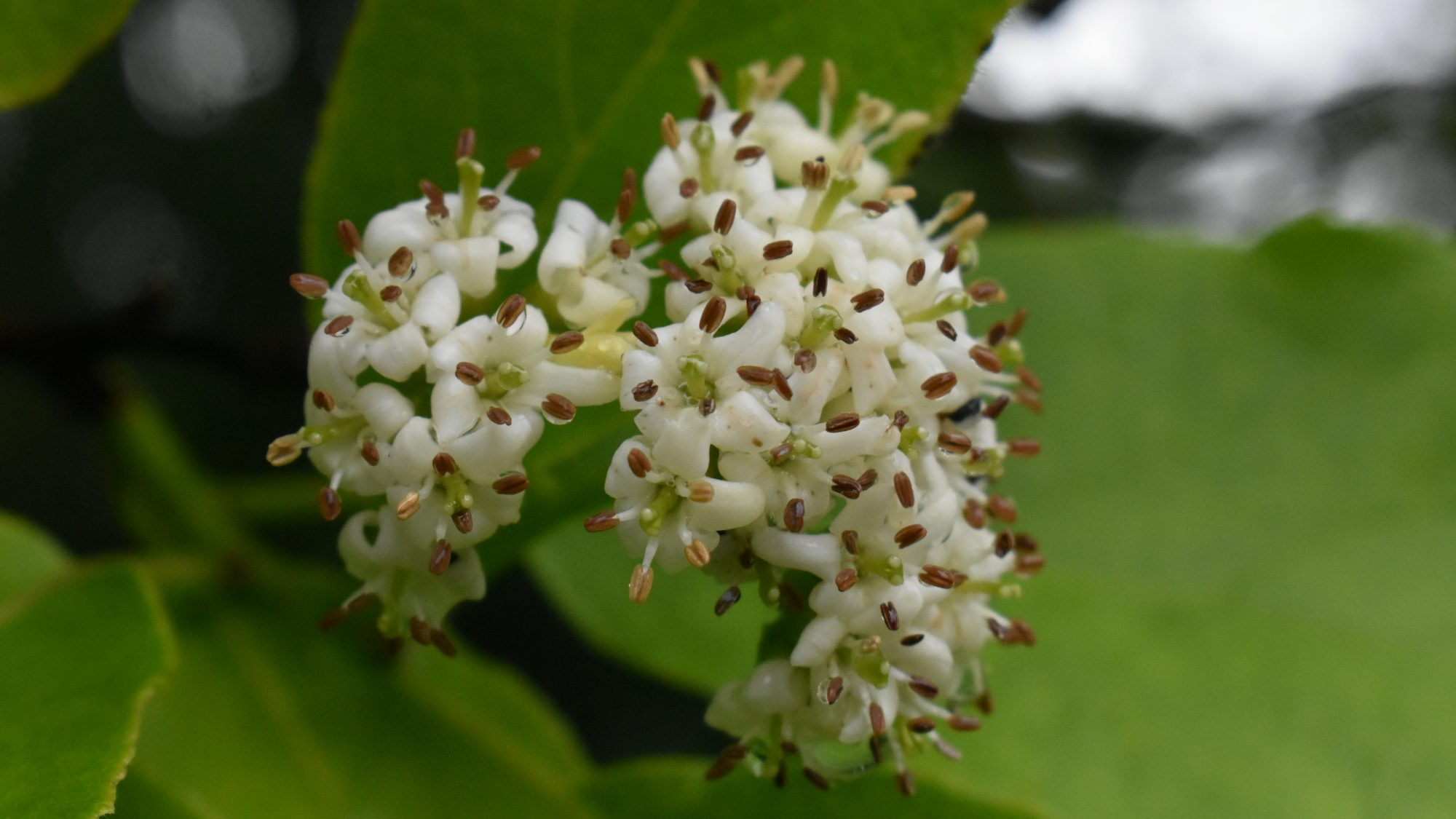 This unusual tree can be found in the long grass off the Fairway.

The Boraginaceae (borage family) comprises approximately 140 genus of familiar herbaceous species from around the world, although it also comprises woody genera, including Ehretia. Named in honour of the German botanical artist GD Ehret, this genus contains 50 species, the majority of which occur in Asia, Africa and Australia, though three occur in the New World. The Chinese species Ehretia dicksonii is a hardy member of the genus, reaching 10m in height and having entire, downy leaves, typical of members of the borage family. Panicles of white, five-petalled flowers with protruding stamens are borne in June and July.