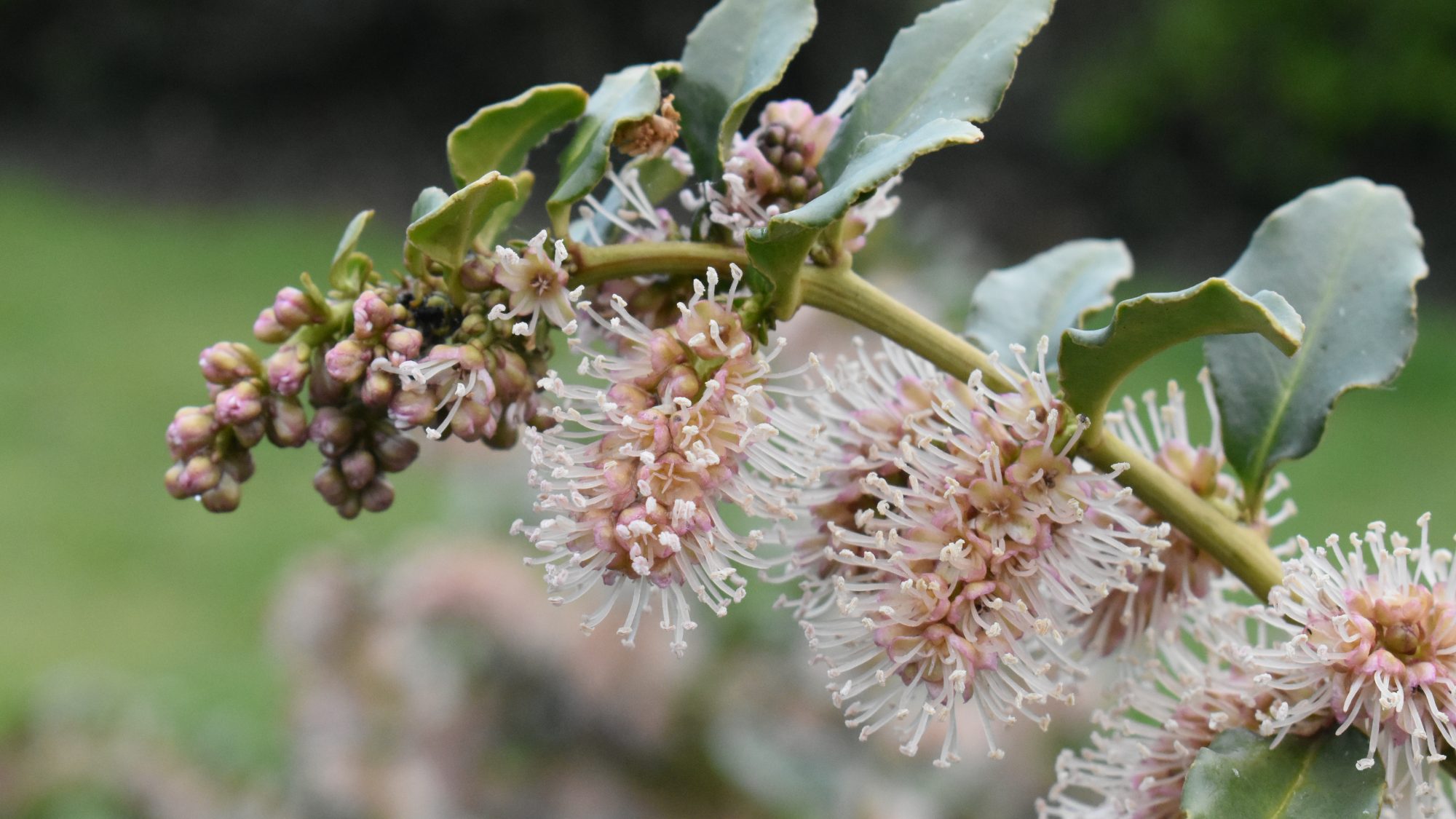 This unusual plant is flowering on the Systematic Beds.

One of only two species Ercilla spicata belongs to the mainly tropical Phytolaccaceae (pokeweed family), which comprises trees, shrubs, climbers and herbs. Members of the family usually have alternate leaves, and the flowers are five-petalled and are mainly held in racemes or spikes. E. spicata is a climbing species growing to 10m in height, which produces racemes of pale green-pink flowers whose stamens extend beyond the petals. A Chilean native this species is hardy to temperatures of -12°C, though it prefers a sunny to semi-shady spot in moist, sandy soil. E. spicata was introduced to the west in 1840 by the plant collector Thomas Bridges, after whom it was named by Hooker. It had earlier been named Ercilla to commemorate the Spanish nobleman, soldier and writer, Alonso de Ercilla, and in compliance with the International Code of Nomenclature this name took preference.