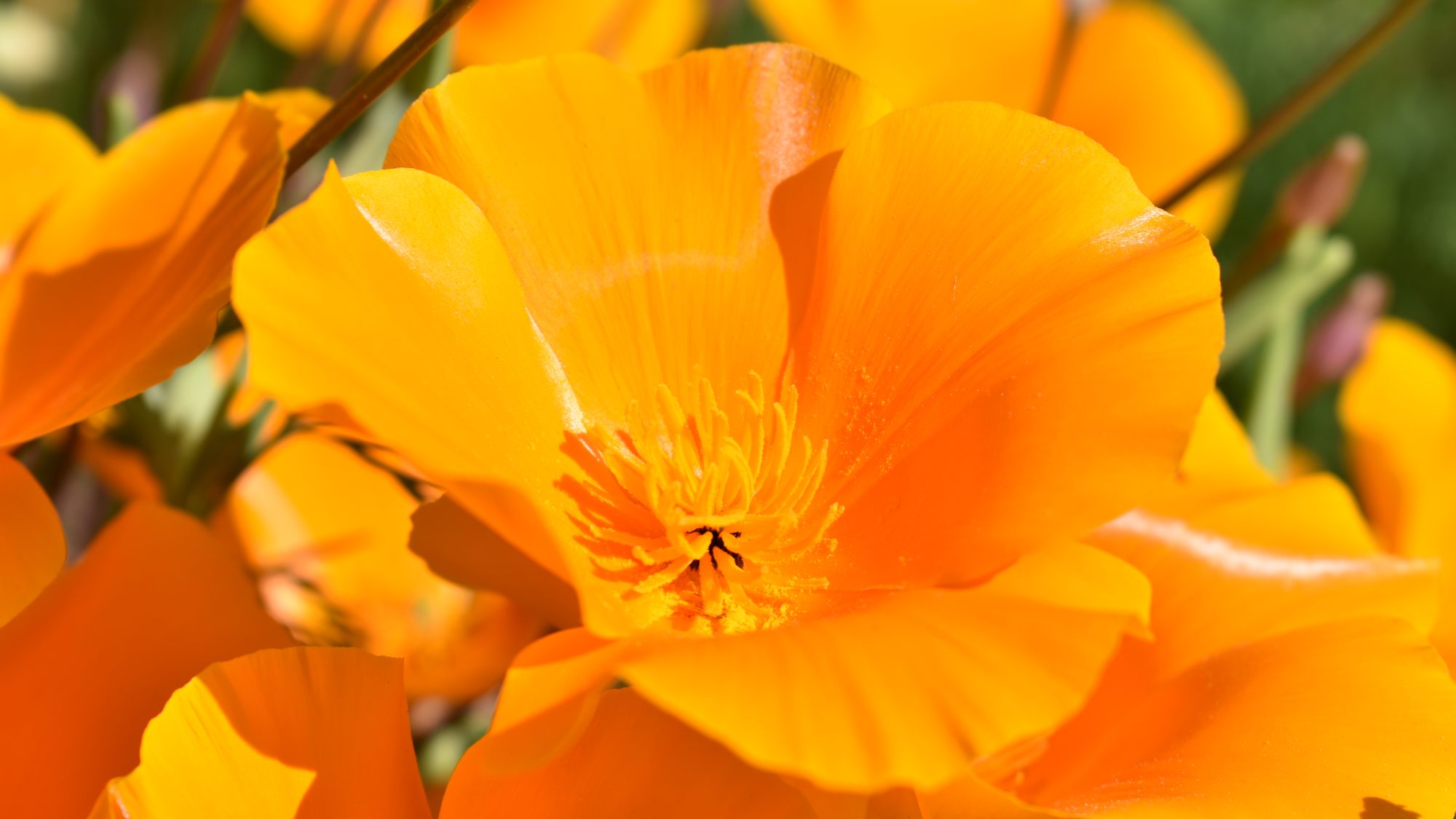 The cheery blooms of the Californian poppy add dramatic colour to the Chronolgical Bed.

This easy plant was introduced to our gardens between 1831 and 1850, having been first found and described in 1815 by a group of Russian scientists, which included Dr Johann Friedrich Eschscholz, after whom it is named. It has attractive, finely divided, grey-green foliage, and contrasting 4-petalled, single flowers, which are usually a brilliant orange. The flowers are followed by slender seed pods which split along their length when ripe to reveal hundreds of tiny black seeds. It is this habit which leads us to grow this species as a hardy annual, rather than as a hardy perennial which it really is, as it readily produces seed in our climate, which germinates easily in situ. The specific name californica, and the common name Californian poppy, recognise both the Californian origins of this species, and the fact that this has been the official flower of that state since 1890.