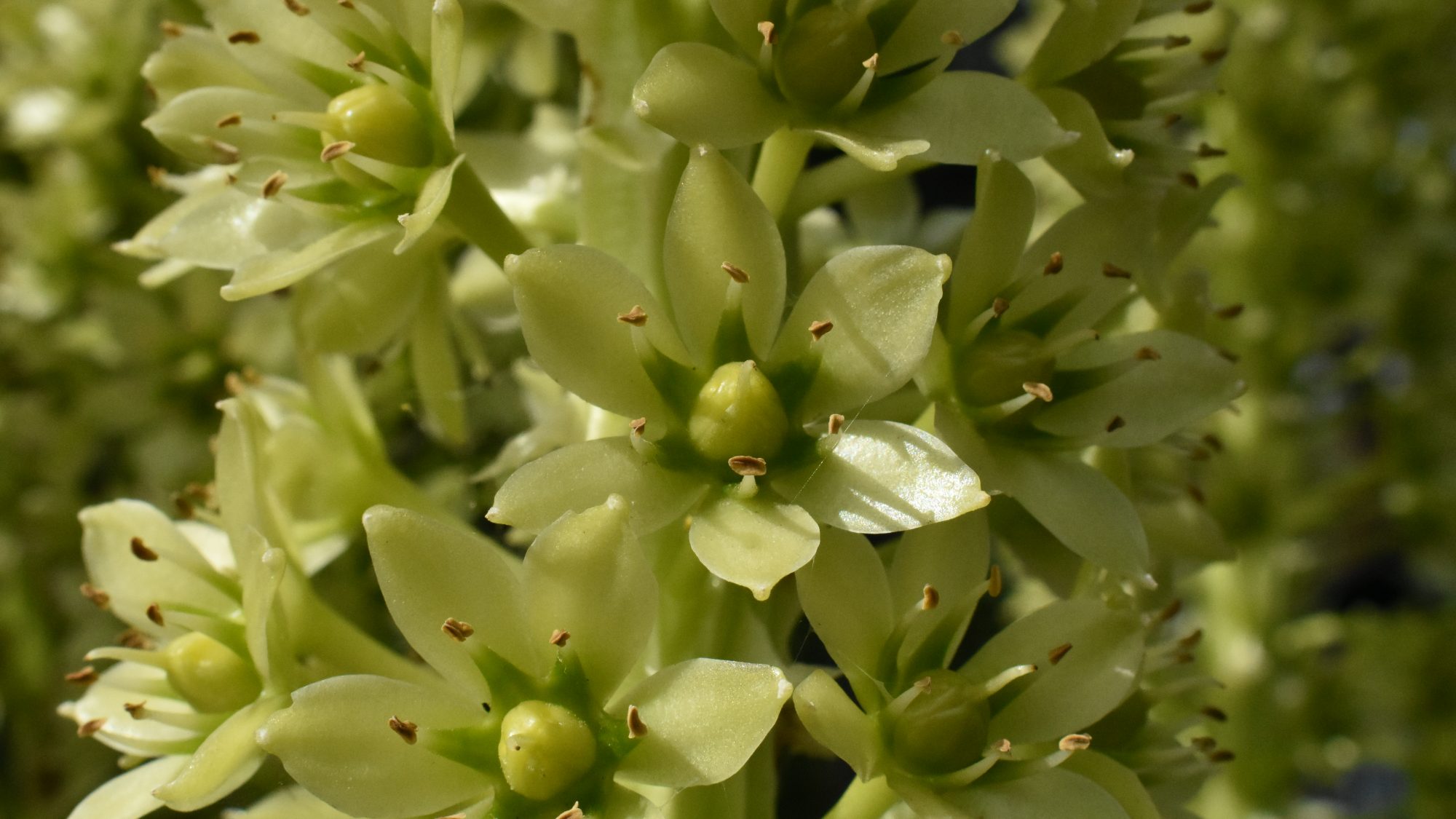 A striking bulbous species, Eucomis pallidiflora ssp. pole-evansii can be admired on the Glasshouse Terrace.

Belonging to the Asparagaceae, the genus Eucomis contains twelve southern African species. All produce a basal rosette of strappy leaves, and a stout flower stem bearing a raceme of many star-shaped flowers. The genus earns its common name Pineapple lily from the tuft of leafy bracts which sit at the top of the stem above the flowers. Eucomis pallidiflora ssp. pole-evansii (giant pineapple lily) occurs in shallow, damp hollows of South Africa and Swaziland. Previously assigned the name E. pole-evansii it is now considered to be a robust subspecies of E. pallidiflora, being larger in stature and having a more open raceme of flowers. This species is protected in its native habitat, where it is under threat from harvesting for its anti-inflammatory properties, urban expansion and habitat destruction.