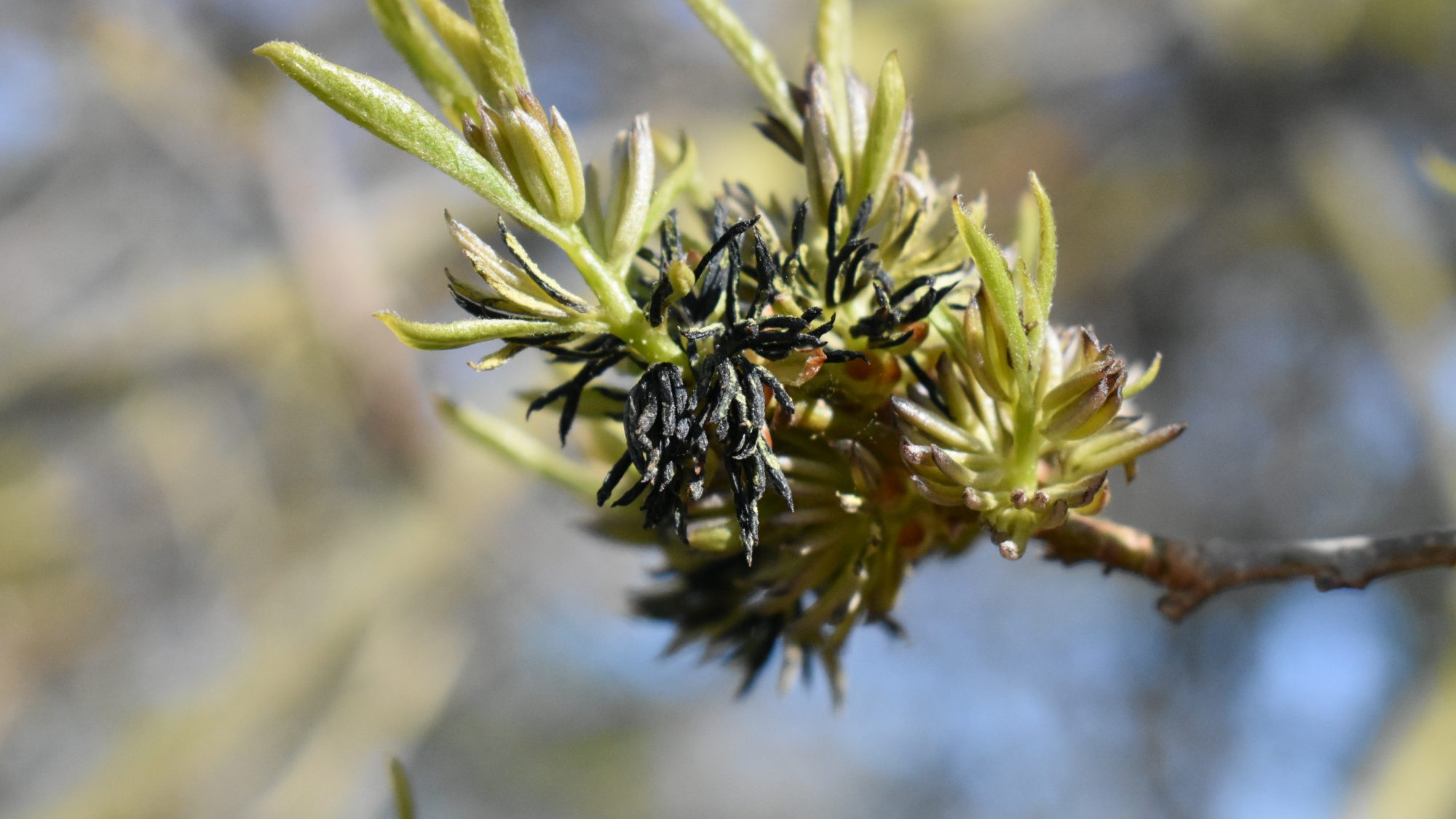 This large tree with its insignificant flowers can be found growing beside the South Walk.

Eucommia ulmoides takes its generic name from the Greek eu meaning good, and kommis meaning gum, in reference to the sap. It has little value as a source of rubber, but the leaves can be carefully torn in half to reveal a latex which can stretch between the two halves. The specific name ulmoides refers to the similarity of the leaves to those of the elms. It takes the common name Gutta-Percha, though is unrelated to the Gutta Percha tree (Palaquium gutta) from Malaysia, which belongs to the family Sapotaceae. E. ulmoides is the single species within the family Eucommiaceae, and is closely related to the Hamamelidaceae (witch hazel family) to which it once belonged. The alternate leaves are lightly toothed, and the flowers are unisexual, with clusters of male flowers with brown stamens on one tree, and the usually solitary females carried on another, and having a single pistil. A native of central China, where it grows in mixed forests and thickets, E. ulmoides is considered vulnerable by the International Union for the Conservation of Nature (IUCN), with wild populations believed to number fewer than 1000 specimens, though it is widely cultivated in China.