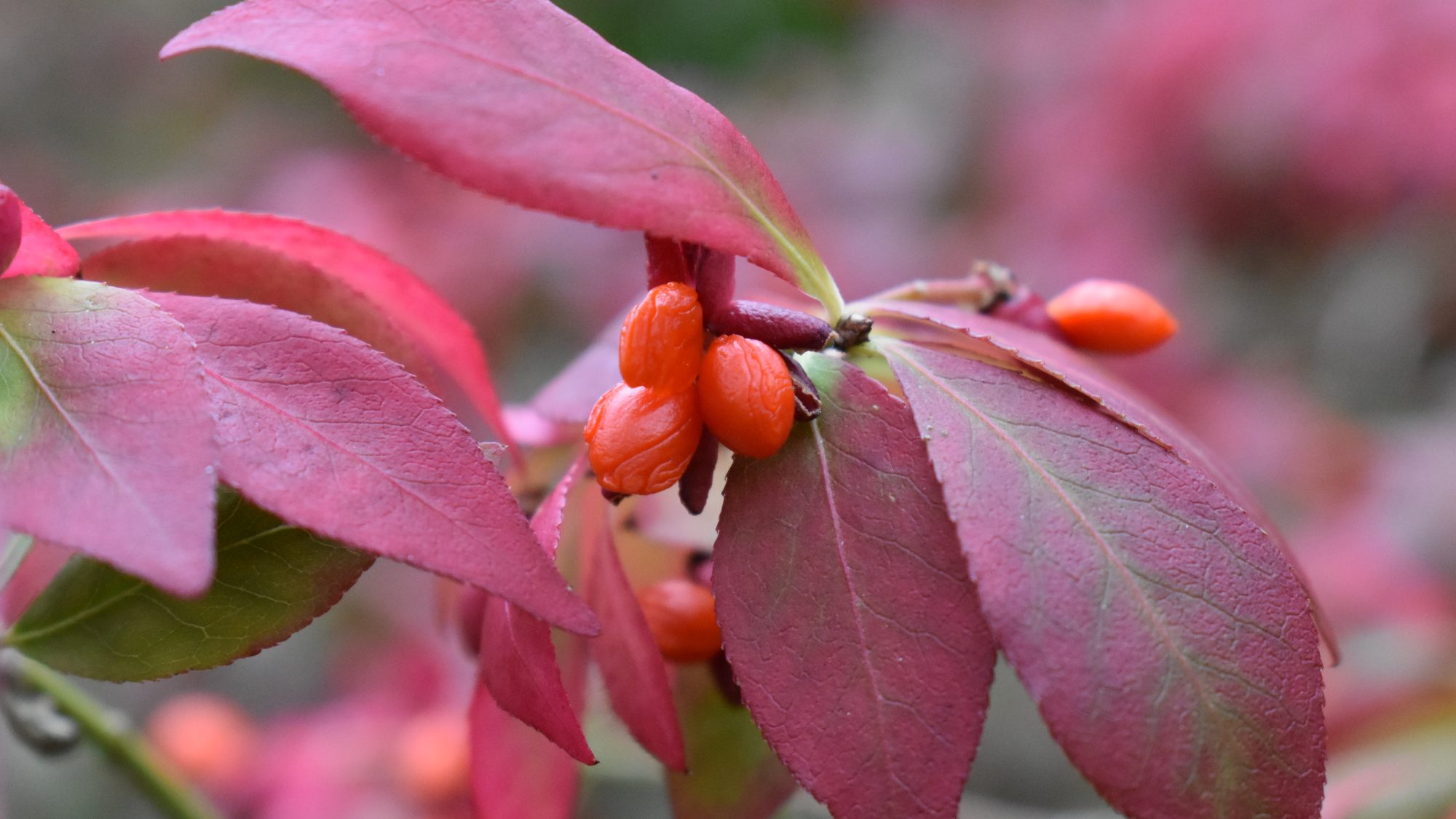 This spindle is putting on a show of fiery colour in the Autumn Garden.

Euonymus alatus var. apterus is one of approximately 120 species predominantly from the northern hemisphere. Belonging to the Celastraceae, most members of the genus are distinguished by cork-like wings on the stems, but in the case of this variety, apterus, these are absent. Reaching 3m in height and having a low spreading habit, this shrubby species occurs in eastern and northern Asia. Up to 3 discreet, green flowers are carried in cymes in early summer, and these produce red fruits, whose outer shell, or aril, splits to reveal a brilliant orange-red, fleshy fruit. It has opposite, narrow, toothed leaves which take on scarlet colours in autumn.