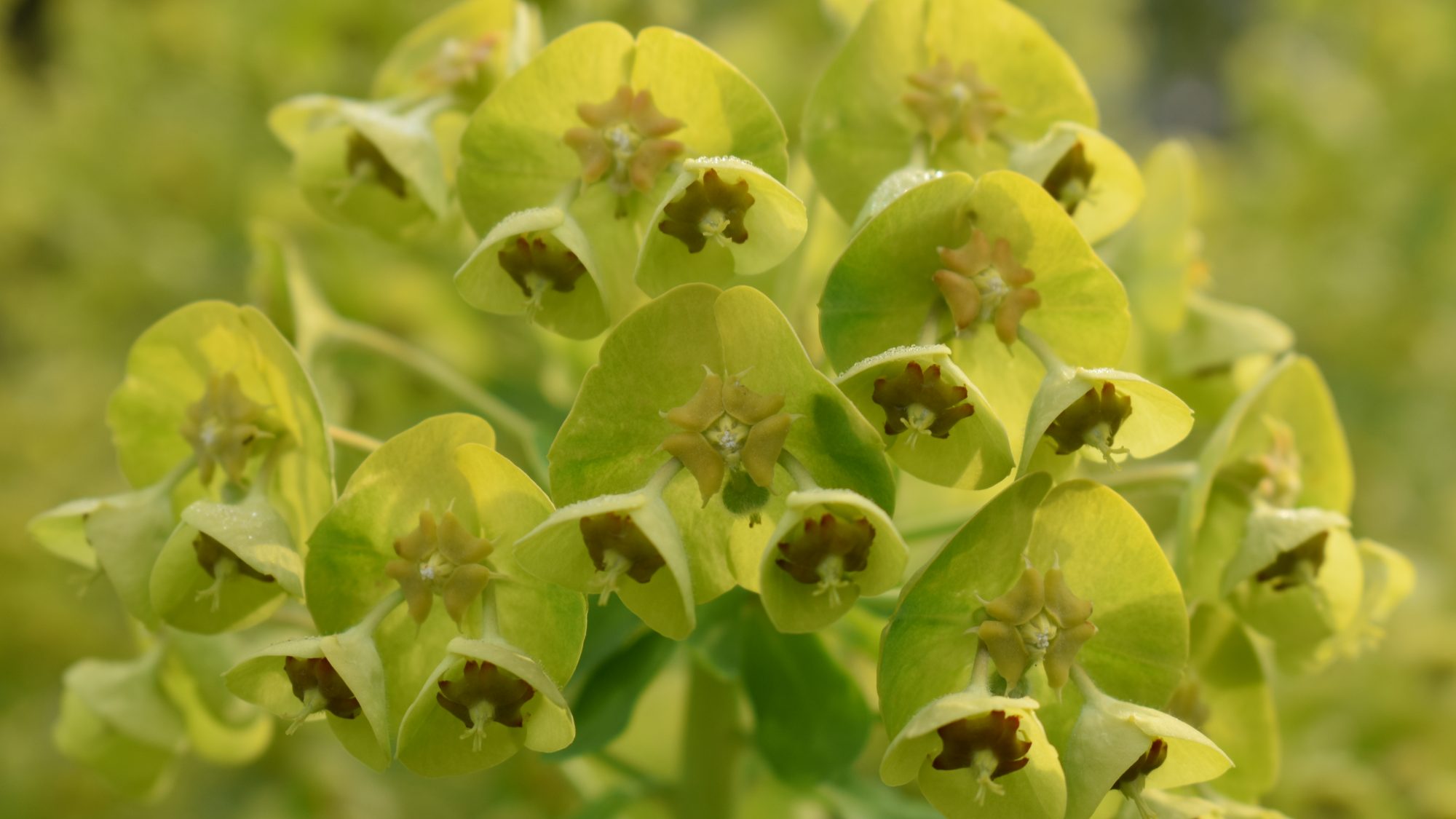 The flowering stems of Euphorbia characias ssp. wulfenii add vibrancy to the plantings in the Mediterranean Beds.

The spurge family, Euphorbiaceae, is large and diverse, containing trees, shrubs, climbers, perennials, annuals and and succulents from all continents except Antarctica. Within it sits the genus Euphorbia, which numbers some 2,000 species. A number are familiar, hardy garden plants, including this one, Euphorbia characias ssp. wulfenii. A Mediterranean species, this is an evergreen shrub with erect stems and flower cymes, and linear, grey-green leaves. The flowers comprise an involucral bract, which has a hood-like appearance, and which encloses the cyathia (a single pistillate, female flower, with several staminate, male flowers). As with many members of the genus this species produces a white, milky sap, or latex, which can be an irritant. Despite this, there is no doubting the horticultural value of this species, especially when the newly emerging cymes are lit by the early spring sun.